Britain’s Chancellor of the Exchequer Sajid Javid has insisted that he’s on good terms with Prime Minister Boris Johnson, after… 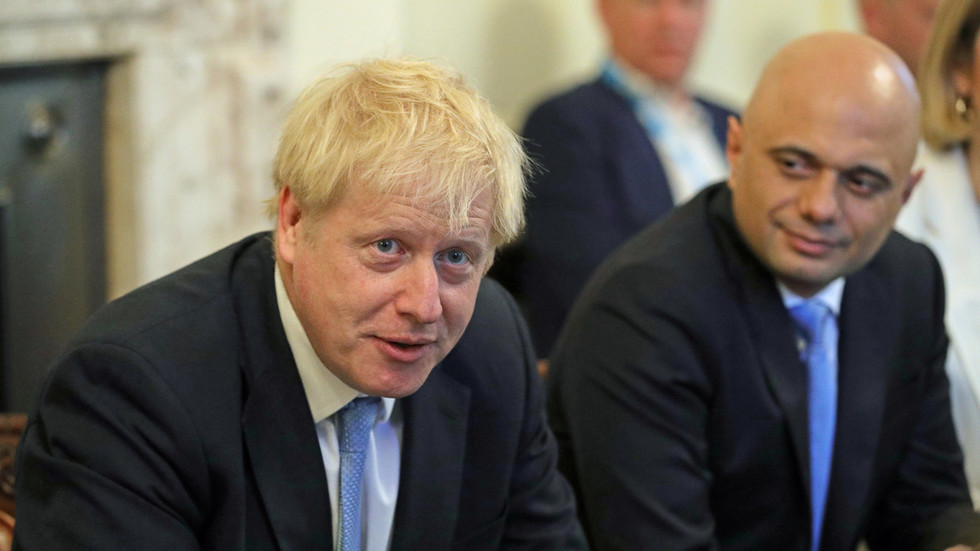 Britain’s Chancellor of the Exchequer Sajid Javid has insisted that he’s on good terms with Prime Minister Boris Johnson, after reports emerged that the pair had quarrelled over the decision to fire one of Javid’s aides.

According to British media, Javid became furious after learning that his press aide, Sonia Khan, had been sacked as part of an internal probe into who’d leaked the government’s no-deal dossier to The Sunday Times.

The document, known as Operation Yellowhammer, warned of food, fuel and medicine shortages in a hard Brexit scenario, and its leaking gifted ammunition to Remainers. Javid, who was not informed about Khan’s firing, reportedly had a heated confrontation with Johnson over the matter.

Also on rt.com Berlin expects Britain ‘to crash out’ of EU on October 31 – FM Maas

In an interview with BBC radio, the chancellor said that his views were “well understood,” but insisted that he worked well with Johnson.

“The relationship is fantastic with the prime minister,” Javid said. “[Johnson is] someone I’ve always got on with incredibly well, and it’s been a real privilege to work with him so closely.”

Tellingly, Javid declined to comment on his feelings about Johnson’s strategist, Dominic Cummings, who is believed to have fired Khan.

He firmly denied allegations that Cummings was effectively running the Treasury, describing the rumor as “nonsense” being spread by the Labour Party.

Johnson’s critics have pointed to the embarrassing leak of the no-deal dossier as proof of a divided and unprepared government. The cabinet feud between Javid, Cummings and Johnson is likely to galvanize the opposition as 10 Downing Street prepares to withdraw Britain from the European Union – with or without a deal – on October 31.

Also on rt.com Brexit implosion made in Britain… as Johnson blames everyone else