By Danielle Ryan, a freelance journalist based in Dublin. Her work has appeared at Salon, The Nation, RT and others…. 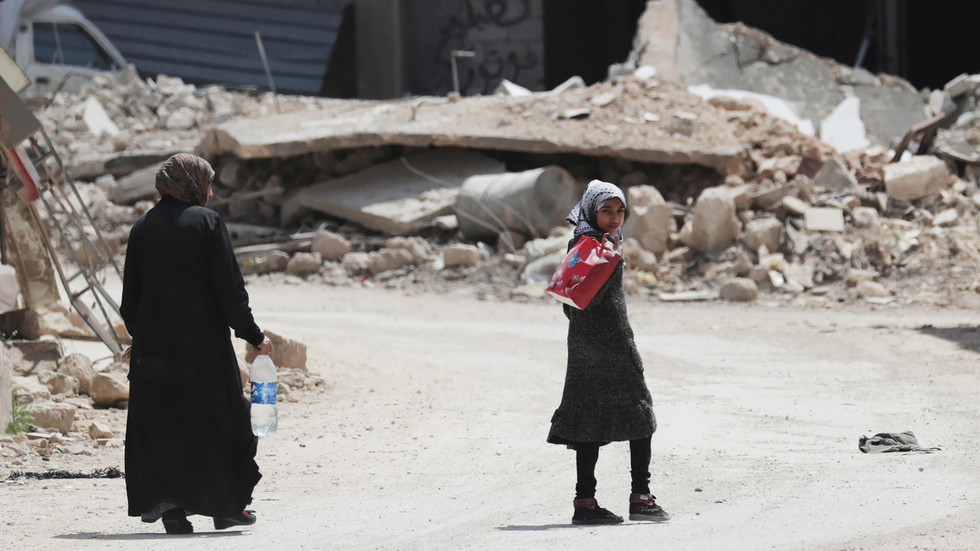 By Danielle Ryan, a freelance journalist based in Dublin. Her work has appeared at Salon, The Nation, RT and others. (Twitter: @DanielleRyanj)

British state-funded propagandists created “a constellation of media outlets” in Syria and produced so much content that people “no longer knew who or what to believe,” an internal review into the failed operation has revealed.

Details of the UK government’s Syria propaganda campaign, aimed at supporting the so-called ‘moderate armed opposition’, were published by Middle East Eye (MEE) in February. The work, which began in 2012, involved establishing a network of anti-government citizen journalists to shape public perceptions of the war, the outlet’s investigation found.

Now MEE has revealed the contents of a “scathing” internal government review, which found that the programs – collectively dubbed ‘Operation Volute’ – were sloppily and inefficiently run and may even have broken UK laws. The review also concluded that some projects “were designed to impress the US government,” the outlet said.

This image of Britain as a prolific propaganda-pusher is in stark contrast to the mainstream media view of Western powers acting as the ultimate truth-tellers in a world of ‘bad guys’ and fake news, which Britons are accustomed to hearing about.

The MEE report bursts that bubble, revealing that communications companies contracted by the British government used “news agencies, social media, poster campaigns and even children’s comics” to covertly bolster the Syrian opposition and to undermine the Assad government, as well as the Islamic State (IS). Efforts were stepped up “dramatically” in 2013 after the UK parliament inconveniently voted against military intervention in the country.

However, the review, carried out in 2016, found that London’s grand plans weren’t exactly as effective as envisioned and said the initiatives suffered from “fundamental shortcomings” – including the fact that “no conflict analysis” and “no target audience analysis” was done.  Unsurprisingly, the review referred to the work euphemistically as “strategic communications” rather than propaganda.

The contractors were pumping out so much content that they created “a constellation of media outlets,” where Syrian audiences and activists “got lost and were distracted.” The result was that “people no longer knew who or what to believe,” MEE said.

Also on rt.com ‘Syria is awash with illegality’: UK hid SAS involvement in Syria to avoid being ‘allied to US’

Ironically, while all this was happening, the British mainstream media was busy obsessing over and publishing stories on Russian propaganda, while completely ignoring and failing to investigate its own government’s massive influence operation and potential law-breaking.

The assessment revealed that concerns had been voiced within the UK government about whether there was even a need for the programs, and about the “major risk” that the activities of the contractors were “in contravention of UK law” – though there is no more detail given on how that may be the case, MEE reported.

The review also pointed to a “duplication” of efforts and warned of possible “reputational damage” to the British government if its funding of the programs was revealed.

Deaths and ‘work that caused harm’

Some of the projects were overseen by a Ministry of Defence (MoD) unit called Military Strategic Effects. Offices were also set up in Istanbul and Amman, where Syrians were recruited for the work. Many of the stringers (part-time local reporters) who were employed inside Syria were not even aware that they were working on projects funded by the British government. The budget for the projects in 2015-16 came to £9.6 million – and more was earmarked for future work.

The British government was seemingly unmoved by the fact that some of these people also lost their lives in the course of the work, noting coldly that one of their contractors “suffered losses of core staff that damaged the organisation quite fundamentally.”

“The department declined to say whether the effects hoped for were weighed against the risk to life; how many people died; and whether the UK was supporting their dependents,” MEE said.

The government also noted that some of the stringers working with the “moderate” rebels were “undertaking work which could cause (and has caused) harm,” but did not give more details.

Unsurprisingly, the programs were most heavily pushed by the Ministry of Defence. In fact, “the only” government ministers who were “fully committed” to the propaganda programs in 2013 were those at the MoD. They felt they were getting “extraordinary value for money given current policy restraints.” Those “policy restraints” referring, of course, to parliament’s vote not to intervene militarily. Some other ministers were asking “whether taxpayers’ money should be spent” on the projects while there remained “substantial doubts” about them.

While the review is highly critical of inefficiencies, nowhere in the government review is the decision to pour millions into propaganda campaigns and influence operations in a foreign war ever actually questioned.

Trump impeachment: House to vote on how inquiry should proceed