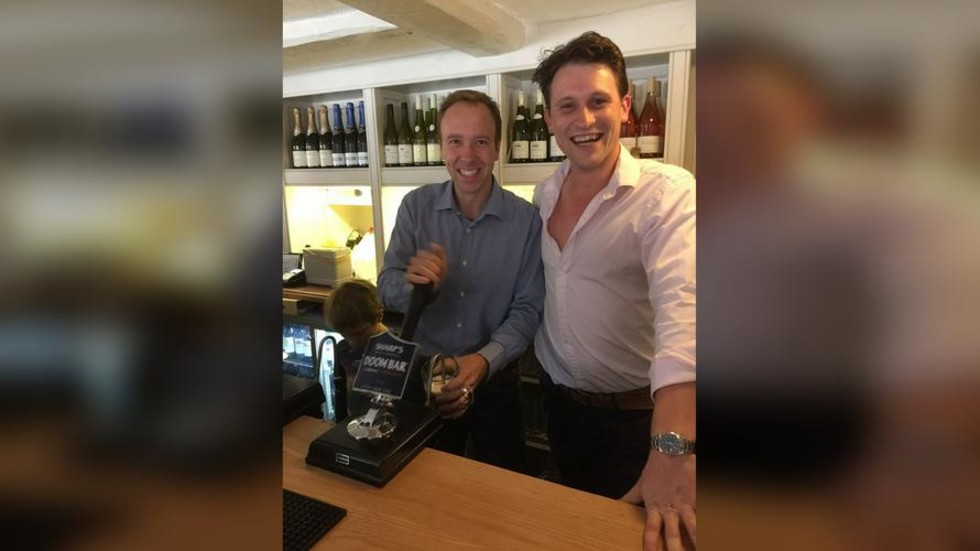 UK Health Secretary Matt Hancock’s former neighbour has landed a contract to supply millions of Covid-19 vials to the NHS after the two men exchanged messages on WhatsApp, a report says.

Hancock’s old acquaintance, Alex Bourne, was awarded the contract to supply medical-grade vials for Covid-19 test kits to the NHS several months ago, the Guardian reported.

Until the end of 2017, Bourne and his wife ran the Cock Inn, a village pub in Thurlow, a few hundred yards from Hancock’s former constituency home in Suffolk. Hancock attended its reopening after renovation in 2016, and nominated it for the Parliamentary Pub Chef Awards the following year. The politician even published a photo of himself with Bourne on his campaign website, praising the “fantastic” food served at the Cock Inn.

The Guardian said Bourne’s lawyers initially denied that he had any discussions with Hancock about Covid-19 supplies. Bourne later admitted to the paper on Monday that he had, in fact, reached out to Hancock via WhatsApp messenger to offer help in April when the nation was first hit by the pandemic. His first message read: “Hello, it’s Alex Bourne from Thurlow.”

The pair then exchanged texts and emails over several months, the Guardian said. Bourne also participated in an industry Zoom call with Hancock, Prime Minister Boris Johnson and other suppliers of Covid-19 test equipment in August.

The paper quoted Bourne as saying that he hoped to repurpose his packaging firm Hinpack, which was making plastic cups and takeaway boxes, to make personal protective equipment (PPE). Hancock reportedly advised him to submit the information about his company to the Department of Health and Social Care (DHSC) website, which he did.

Several weeks later, Bourne was contacted by a “major distributor” of medical equipment that had already been contracted by the NHS and was looking for someone to produce coronavirus-related items, such as drop-wells and pipette tips.

Bourne responded by saying his firm could make vials, and, after consulting with the workers at the DHSC, began producing around two million vials a week, as well as around 500,000 plastic funnels for test samples.

Bourne denied having ever profited from his personal contact with Hancock, while his legal team insisted the men shared no “close personal connection.”

“I’ve never once been to his house,” Bourne told the Guardian. “He’s never been to mine. I’ve never once had a drink with him.” The DHSC told the paper it was not commenting on Hancock’s personal relationships.

Also on rt.com UK will slash foreign aid to 0.5% of GDP, Rishi Sunak confirms, despite Tory campaign promise not to do that