British Home Secretary Amber Rudd has rejected calls to resign, reiterating she was not aware of the use of deportation… 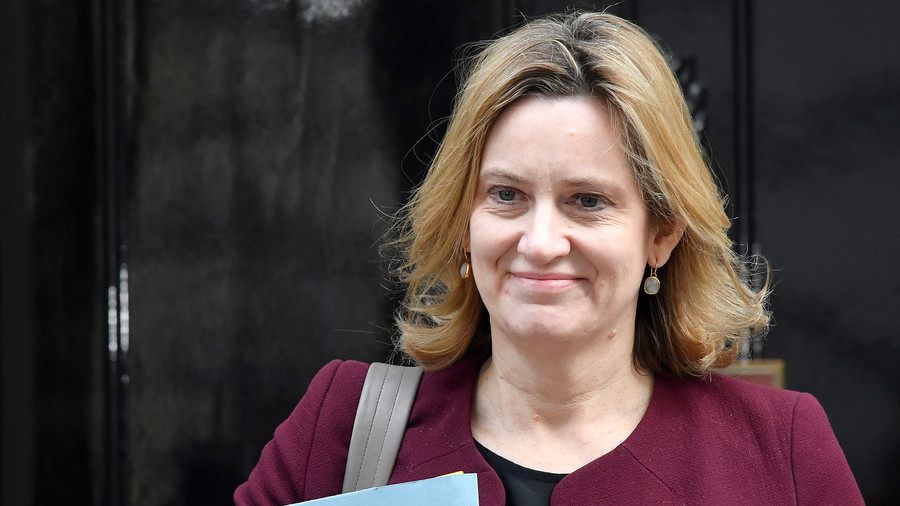 British Home Secretary Amber Rudd has rejected calls to resign, reiterating she was not aware of the use of deportation targets in her department.

Rudd has been accused of misleading Parliament over whether her department had targets for the removal of immigrants, and has faced increasing pressure to step down from MPs and the media for more than a week.

Rudd took to Twitter Friday night to say she intends to stay on to “ensure immigration policy in fair and humane.” She added that she’s sorry she wasn’t aware of “specific removal targets,” but admitted that “she should have been.”

In a four-part late night statement, the minister said she will address Parliament on the issue on Monday to answer “legitimate questions that have arisen on targets and illegal migration.”

2/4 I wasn’t aware of specific removal targets. I accept I should have been and I’m sorry that I wasn’t.

4/4 As Home Secretary I will work to ensure that our immigration policy is fair and humane.

Rudd had previously told MPs that the Home Office does not operate on deportation targets, before it was revealed last week in a leaked document that as recently as three years ago, the department did have targets for the removal of illegal migrants.

Rudd later admitted that the Home Office had been using local targets for “internal performance management.”

The internal document discussing such targets had been copied to Rudd’s office. In her Twitter statement, Rudd claimed she didn’t see the leaked document, but admitted that it was copied to her office “as many documents are.”

Labour’s shadow home secretary respond to Rudd’s Twitter posts by issuing a fresh call for the minister to step down.

2/4 to shield the Prime Minister from her responsibilities as the initial architect of this cruel and callous approach to migration, which resulted in the Windrush scandal.

4/4 Another apology is not enough, she should take responsibility for chaos in the Home Office and resign.

“She failed to read crucial documents which meant she wasn’t aware of the removal targets that have led to people’s lives being ruined,” Diane Abbott said in a statement. “Another apology is not enough, she should take responsibility for chaos in the Home Office and resign.”