Gordon Brown has waded into the Brexit debate, arguing that the UK is in danger of breaking up. Nationalism, he… 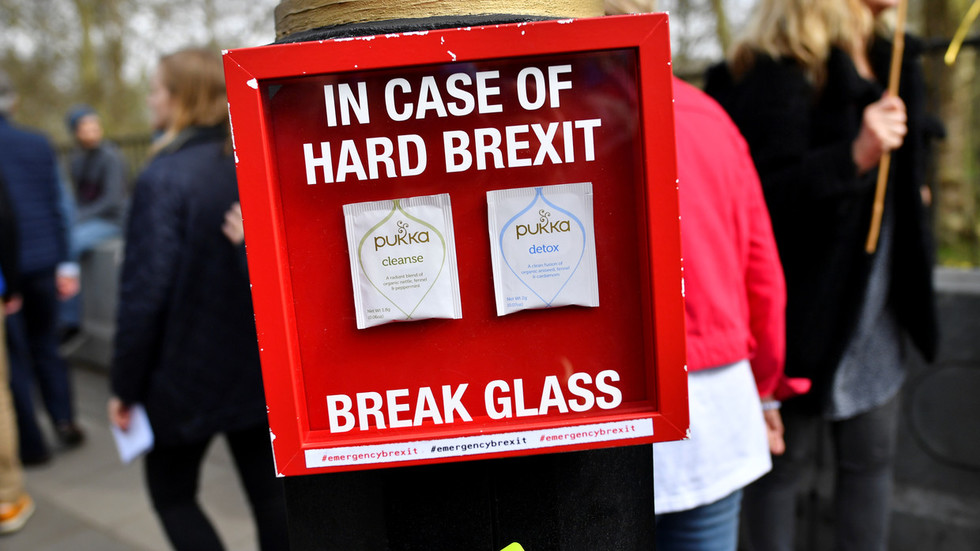 Gordon Brown has waded into the Brexit debate, arguing that the UK is in danger of breaking up. Nationalism, he claims, is destroying the union and the values that underpin it.

The former prime minister didn’t hold back in an article that appears both on the Guardian website and in the Observer newspaper. He lampooned the “toxic nationalism,” “self-regarding xenophobia,” and “destructive, nationalist, populist ideology” that he claims are dominating British politics. These have acted as a corrosive on the unifying threads of a United Kingdom that has existed for over 300 years, he said.

Brown, who served as chancellor of the exchequer in Tony Blair’s government before taking over as PM in 2007, reserved most of his animus for current Prime Minister Boris Johnson and his Brexit adviser, Dominic Cummings. He accused them of stoking “a ‘divide and rule’ approach to leadership, straight from Donald Trump’s playbook.”

Also on rt.com Boris & hard Brexit: All ‘bluff and bluster’ or genuinely headed for a no-deal?

With support for Scottish independence again on the rise, according to recent opinion polls, over the prospect of a so-called no-deal Brexit, things are certainly not looking good for the survival of the UK in its current form. However, depending on where you stand on Britain’s role in the world, this might not be such a bad thing.

The depth of the crisis that has engulfed the UK over Brexit is quite astonishing. A nation that long prided itself on being a beacon of stability and indomitability in an ever-changing world has, since the EU referendum in 2016, come to resemble a hollowed-out, post-colonial hulk, and something of a laughing stock around the world.

That said, distinctly lacking in Gordon Brown’s intervention in the Brexit crisis is any tincture of self-awareness. This is especially apparent in his call for a return to “a tolerant, inclusive, and outward-looking Britishness.”

Also on rt.com 52% of Scots say they would vote for independence after Boris Johnson visit

Coming from a politician who was Blair’s number-two during the illegal war that was unleashed against the people of Iraq in 2003, ‘outward-looking’ takes on a new meaning when included in the same sentence as ‘Britishness.’ Countless dead Iraqis and Libyans, given London’s role in the destruction of Libya in 2011, would no doubt also have a different view of British tolerance too.

There are those who would claim that Gordon Brown is representative of British centrism, the political expression of neoliberalism, which lies at the root of Brexit and support for Scottish independence.

If indeed so, then Brexit is a prime example of the chickens coming home to roost.

US election: Trump camp’s lawsuit struck down in Pennsylvania