BRIGHTON, UNITED KINGDOM — Once again this lovely city sitting on the English Channel hosted the UK Labour Party Conference, and once again I had the good fortune to be there. Both heroes and villains were to be found in the saga that today makes up the UK Labour Party, and if there were an appropriate title to be given to these three days it would be “A Party in Search of its Soul.”

If ever a party was fighting for its soul, it is today’s UK Labour. A vicious, relentless battle between justice and oppression; a fight between capitalism and social justice; a fight between those who want to vitalize and energize the party and those who prefer the safe status quo. A struggle between a party of the socialist, pro-justice Jeremy Corbyn and Zionist, capitalist, war criminal Tony Blair.

This conference, as did the two previous Labour Party conferences I attended, left one with a feeling that the party was torn. A feeling that while Jeremy Corbyn, with his vision of social justice and unequivocal support for Palestine, was connecting to party members — particularly the five hundred thousand that have joined the party because of him — there remains another rather strong element in the party that does not want Corbyn and his idealism.

One gets the sense that while the heroes in the party are conspicuous and operate in the open, the villains lurk in the shadows. One after another, members of the party, some of whom have been members for decades, receive a notice of suspension and a letter with fifty questions in response to which they must try to defend themselves from accusations against them are not always made clear. One member, who has been a party loyalist since 1973, was told she was suspended for sharing a certain post on Facebook. How do they know what she posts on her Facebook page? Are the social media accounts of all Labour Party members monitored that closely?

Another member, who has shown unrelenting support for Palestine and has challenged the party where he felt it had gone wrong, was notified that his conduct on social media was deemed “below standard.” He has no presence on social media. When he inquired as to the specific reason for his suspension he was sent a copy of a letter he had written to the party in which he was critical of the party’s conduct. The letter was not made public but was sent by the member to a particular department within the party, making a specific, concrete complaint. In none of these cases was the accused able to confront their accusers, nor were the sources of information revealed. Stalin would have been proud. 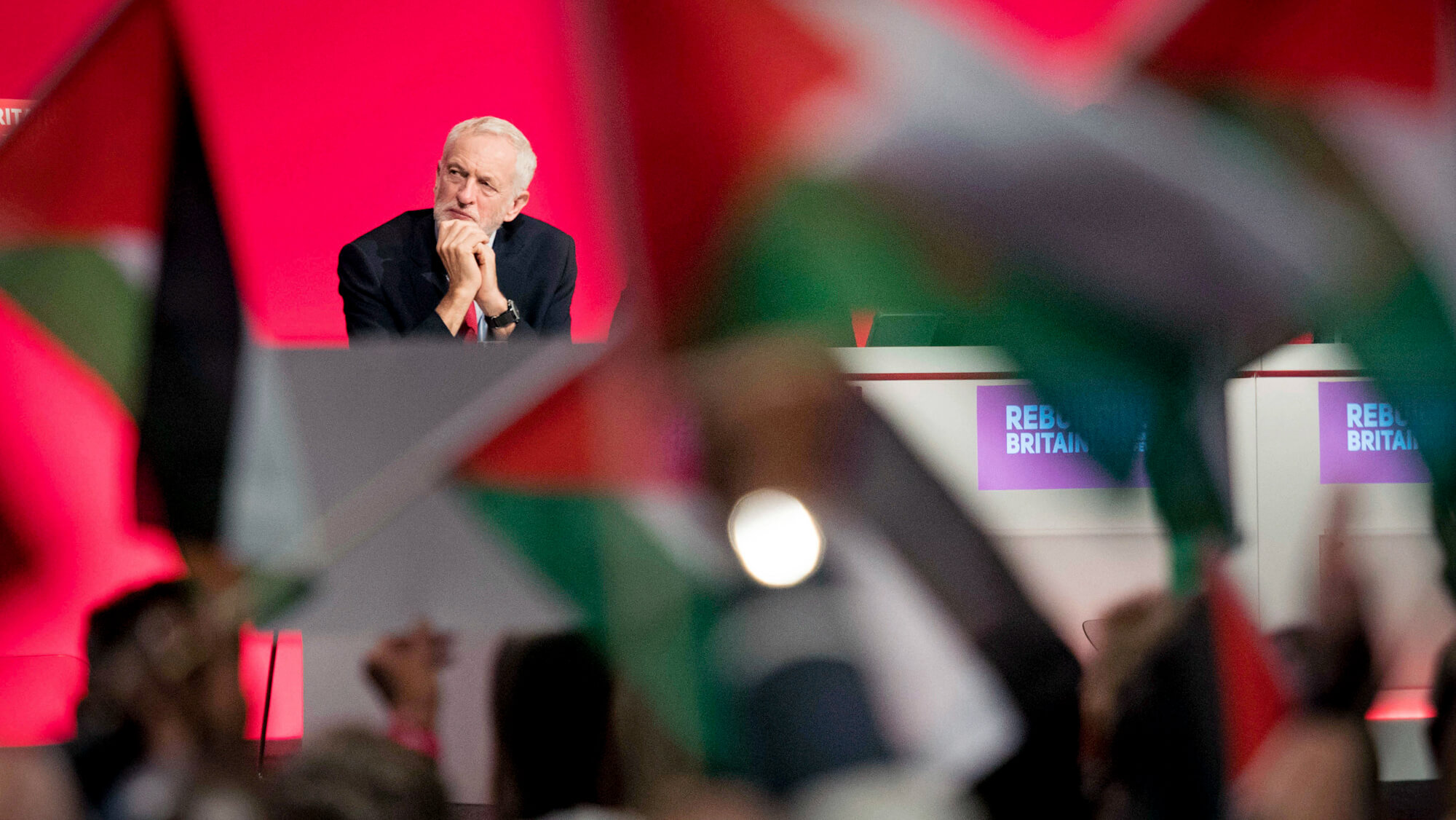 Nowhere more was this division more obvious than in the suspension of Chris Williamson, MP from Derby North. Williamson is an avid Corbyn supporter, an energetic and inspiring leader, an outspoken supporter of Palestinian rights, and a socialist through and through. It seems these were the reasons he was targeted and is now fighting off not one but two suspensions — in other words, two different cases and, as he was fighting one, a new one was created against him. The accusations against him are ludicrous and boil down to false claims of anti-Semitism. Using a series of comments and sound bites taken out of context or resorting to outright lies, the powers within the party are trying to establish a “pattern” of anti-Semitic behavior. Williamson is a man who despises racism and injustice and has dedicated his life to fighting both.

Similar accusations have been lobbed at Corbyn himself, and an entire campaign of lies against him has been in place now for several years, since he was first elected leader of the party. Who could be behind this? The Zionist institutions and people within the party that want to keep the status quo are the obvious suspects.

The other side of the party in this saga is also quite remarkable. For the past two years, bold announcements have been made and resolutions have been passed in support of Palestinian rights. Ending weapons sales to Israel has been front and center of Labour’s platform for the past two years. This year a resolution supporting the right of return for Palestinian refugees was also passed. So how are we to understand this? Bold statements and resolutions on the one hand and on the other what can only be described as a witch hunt against those who call for justice in Palestine.

The fear in Zionist circles that Jeremy Corbyn could become prime minister is evident and is shared by the old guard of Blair supporters, who want to maintain the status quo. However, there is a very real possibility that in a future election, the Labour Party will win and Jeremy Corbyn will become prime minister. In order to ensure that a Prime Minister Corbyn is unable to enact the policies for which he was elected, the party seems to be ridding itself of his main supporters, using accusations of ant-Semitism as an excuse. It should be noted with great concern that the vast majority of those suspended and expelled from the party are Corbyn supporters, avid socialists and vocal supporters of the cause for justice in Palestine.

One might argue that two of the most despised men in England today are Tony Blair — who Corbyn said should be held accountable for his role in the Iraq War, which Corbyn called “an illegal war” — and the Israeli ambassador, Mark Regev. Regev is a regular apologist for Israeli war crimes who one may safely assume is behind the smear campaign against Corbyn and his supporters.

If the UK Labour Party does come out of this soul-searching state, it could be a magnificent sight. If Corbyn and his real supporters — people like Chris Williamson, for example — come out of this process unscathed and are able to lead and govern, it will have an enormous impact on the people of Britain and is almost certain to change the rules of the game regarding Palestine. This will be a fierce uphill battle and we are likely to see many more casualties, but it is the right kind of battle to fight.