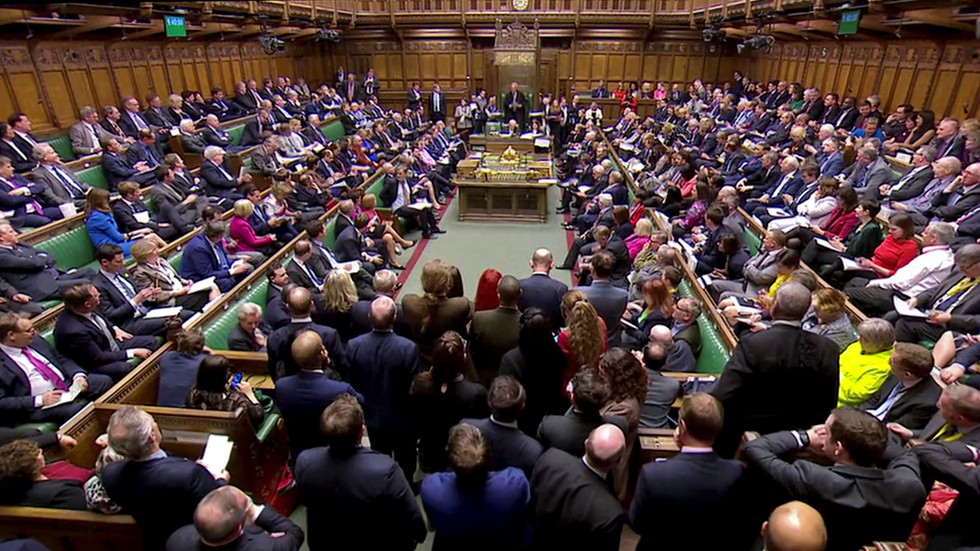 British MPs have voted against eight Brexit options introduced on Wednesday night, rejecting the opposition’s plan and ‘soft’ Brexit scenarios. It comes after they agreed to delay the divorce until at least April.

In a series of indicative votes, MPs voted down eight separate Brexit proposals, ranging from an extreme no-deal option to the so-called Norway-plus scenario, one of the softest versions of what has turned into a bitter separation between the EU and UK.

Before the vote on Brexit options, MPs agreed to shift the date when the UK leaves the EU to at least April 22. It can be further delayed up to 22 May if the Brexit deal negotiated by PM Theresa May and the EU continues to fail with MPs.

Speaking after the results of the indicative votes were revealed, Brexit Secretary Stephen Barclay again urged the MPs to reconsider their steadfast opposition to the deal negotiated by the May government, calling it the best option left on the table.

“The results of the process this house has gone through today strengthens our view that the deal the government has negotiated is the best option,” he said.

Earlier in the day, May offered herself as a sacrifice in the Brexit proceedings, promising to step down once her deal is backed by lawmakers. While the pledge struck a chord with a group of hardline Brexiteer MPs from Jacob Rees-Mogg’s European Research Group caucus, their approval would not have been enough to sway the vote without the support of the Democratic Unionist Party (DUP). The DUP has categorically rejected backing the deal while it has an Irish backstop in it, stating on Wednesday that the agreement “poses a threat to the integrity of the UK.”

“Indicative votes” were proposed by the Exiting the EU Committee after MPs and the UK government found themselves in a deadlock over Brexit. They are a series of votes on non-binding resolutions that test MPs’ sentiment towards different options, in this case, on leaving the EU, with an ultimate goal of narrowing them down.