A lack of Covid-19 tests for medics, their families and hospital patients in the UK has led to a situation… 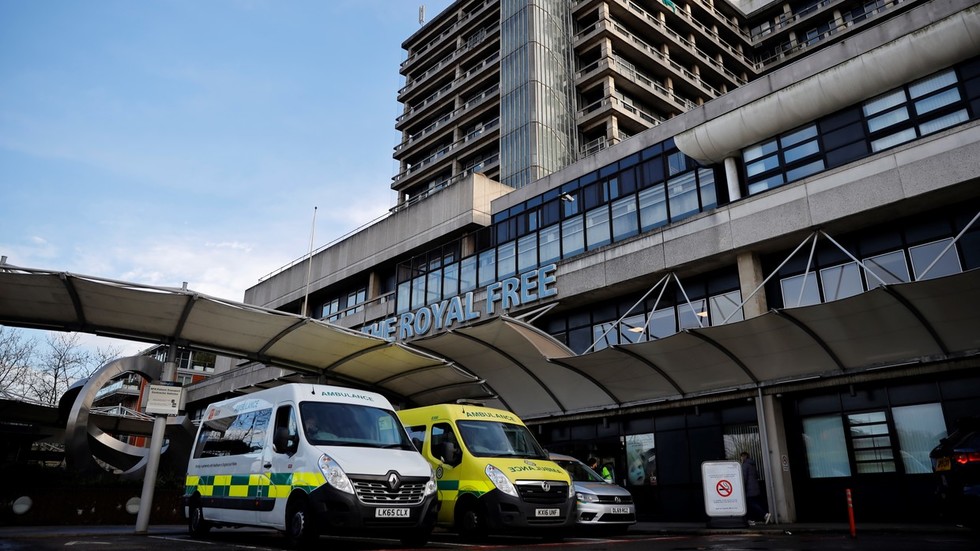 A lack of Covid-19 tests for medics, their families and hospital patients in the UK has led to a situation in which people are being denied necessary treatment and vital specialists are having to self-isolate, NHS trusts warn.

“Chief executives in Leeds, Bristol and London… were saying that [they] have got staff off that they simply cannot afford to have off,” Chris Hopson, the chief executive of NHS Providers – an organization of NHS trusts representing hospital staff, told Sky News.

Also on rt.com NHS cleaners twice as likely to be infected with Covid-19 than intensive care staff – study

The issue was caused by the medics’ and their family members’ inability to “get access to tests” in time, which forced them to self-isolate instead every time they or their family members exhibit symptoms similar to those of Covid-19, Hopson explained.

Patients who are scheduled to undergo surgery are also at risk of being denied these vital medical services because of the same lack of available Covid-19 tests, the NHS official warned. “We have now got cases where patients who should be being treated, we can’t treat them, because they can’t get access to a test,” Hopson told BBC Radio 4’s Today show. “That is a real problem.”

NHS Providers has warned that the continued shortage of tests could send hospitals into chaos since NHS admissions of people with cancer, heart attacks and other deadly diseases already fell significantly in the first half of the year since priority was given to Covid-19 treatment. The number of the new coronavirus cases has, meanwhile, almost doubled in the first weeks of September in comparison to late August.

The testing crisis was revealed in a recent investigation by the LBS Radio, which reported that literally no test bookings were available in any of the UK’s 10 Covid-19 hotspots, including Bolton, Salford, Bradford and Manchester.

The healthcare system is not the only area affected by the testing crisis. Schools across the UK also said they were struggling to get enough tests for teachers and pupils who were therefore forced to self-isolate instead if they exhibit symptoms. At least 30 schools have already sent pupils home, and seven of them have shut down completely due to suspected cases, according to the Daily Mail.

The NHS has blamed the crisis on staff shortages in the laboratories that now have to deal with a surging number of tests as the number of new Covid-19 cases has risen exponentially. According to some media reports, the laboratories are ready to hire “recent graduates” with a biology degree, “preferably conversant with PCR assay techniques,” and even students with “some previous lab experience” to help them deal with the testing backlog.

However, the government is apparently continuing to deny that the problem even exists. A government website providing statistics on coronavirus testing shows that the number of tests processed each day, which was around 200,000 last week, is by far exceeded by the existing estimated total testing capacity reported by the laboratories, which amounted to over 374,000 tests per day as of September 10.

Also on rt.com UK may be ‘weeks away’ from another national Covid-19 lockdown, Wales health minister warns

Home Secretary Priti Patel also denied there was anything close to a testing crisis. “It is wrong to say that tests are not available. New booking slots are being made available every single day,” she told BBC Breakfast. She also said that medics “should have no issue in terms of accessing a test,” while calling instances in which people were unable to get tests “unacceptable.”

Hopson, however, believes that the government is simply trying to “politically communicate their way out” of the crisis by focusing on the number of tests already done and promising to drastically increase testing capacity in the future. But this is not what the UK’s healthcare system needs right now, the NHS official told Sky News.

“The trust leaders that we have talked to told us: ‘Could we, please, have a little less of the political communication pretending that all is well and a little bit honesty about what is going on, so that we can actually deal with this?'” he revealed.