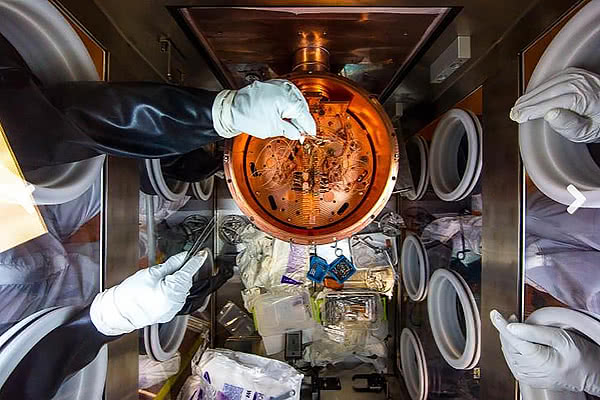 If equal amounts of matter and antimatter had formed in the Big Bang more than 13 billion years ago, one would have annihilated the other upon meeting, and today’s universe would be full of energy but no matter to form stars, planets and life. Yet, matter exists now. That fact suggests something is wrong with Standard Model equations describing symmetry between subatomic particles and their antiparticles. Researchers have shown they can shield a sensitive, scalable 44-kilogram germanium detector array from background radioactivity. This accomplishment is critical to developing and proposing a much larger future experiment — with approximately a ton of detectors — to study the nature of neutrinos. These electrically neutral particles interact only weakly with matter, making their detection exceedingly difficult.

Dinosaur extinction lines up closely with timing of volcanic eruptions

David Attenborough: It’s time we humans came to our senses

The Arctic is sending us signals of impending climate chaos

2019 Preview: Gravitational waves will be discovered every few weeks

Creating a buzz: Future wearables could tell us how we power human movement

How best to talk to your science-denying relatives this Christmas

Incredible close-up images of the natural world recognised with awards

The tides are getting stronger thanks to the shifting continents

Zombieland: The vast world of hidden microbes miles beneath your feet

In 30 years Asian-Pacific fish will be gone, and then we’re next