Robert Mueller, the former special counsel, testifies on Wednesday morning to the House Judiciary Committee and Wednesday afternoon to the… 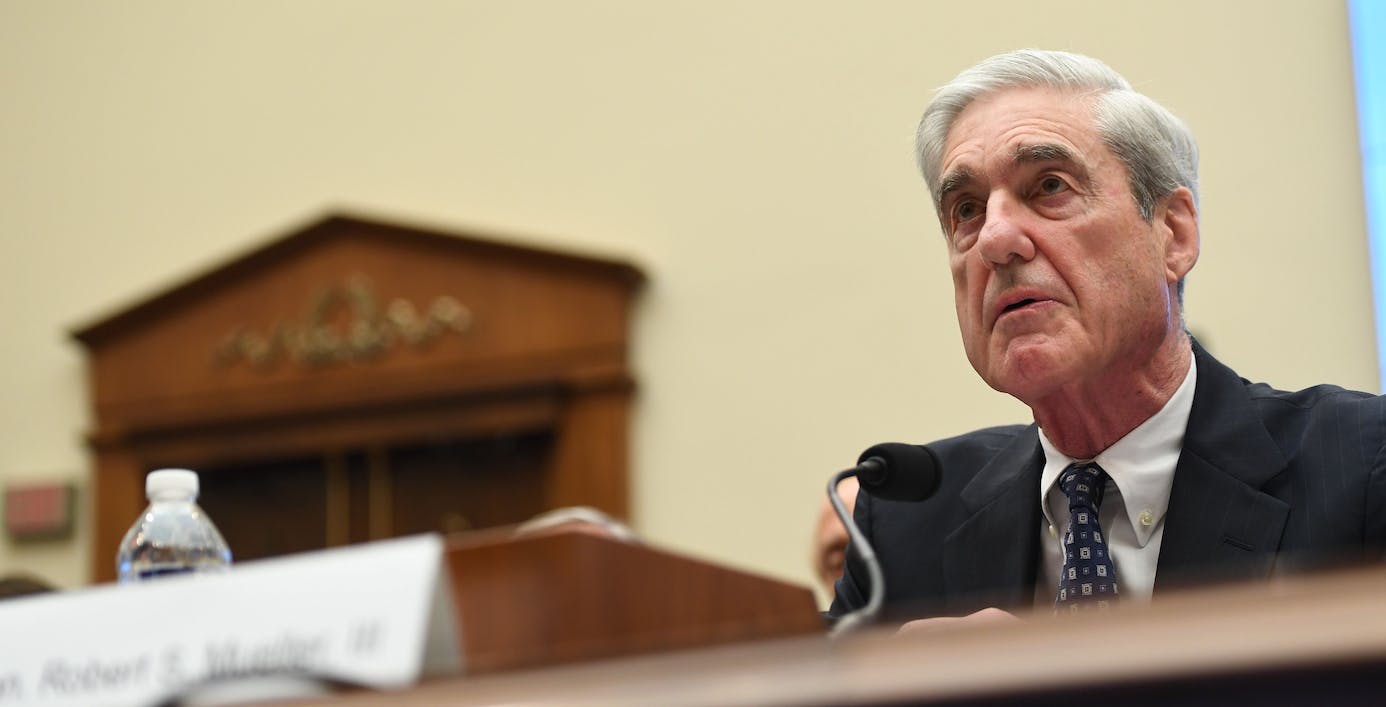 Robert Mueller, the former special counsel, testifies on Wednesday morning to the House Judiciary Committee and Wednesday afternoon to the House Permanent Select Committee on Intelligence on his report on Russian interference in the 2016 presidential election, and President Donald Trump’s efforts to obstruct that inquiry. Updates on key moments in the hearings will appear here, below the live video stream from C-SPAN.

During an attempt to smear Robert Mueller as conflicted in his investigation of Trump, Rep. Louie Gohmert ignored some news he accidentally elicited: Mueller said clearly that, when he met President Trump the day before he was appointed special counsel, it “was not as a candidate” to replace James Comey, as Trump has repeatedly claimed. Mueller tried to elaborate on the incident, but Gohmert cut him off.

Just before Mueller’s testimony began on Wednesday morning, Trump tweeted that he had heard that Mueller might contradict him on this point, and suggested that it would be perjury for him to say so under oath. Trump also said that one of the witnesses who could testify to his version of events is the Vice President.

….interview, including the Vice President of the United States!

Someone should ask Mike Pence on the record if he would be willing to testify against Robert Mueller in a prospective perjury trial on this point.

Gohmert’s questioning was emblematic of the Republicans on the committee in that it sought to reinforce smears about Mueller and conspiracy theories about the investigation into Russian interference in the 2016 election that are supported by little or no evidence, but have been repeated again and again on Fox News and other pro-Trump media outlets. At the start of his five minutes, Gohmert asked to introduce as evidence, “Robert Mueller: Unmasked,” a screed about Mueller published on Sean Hannity’s website. The author of that screed? Rep. Louie Gohmert.

During the hearing, Republicans on the committee tried, unsuccessfully, to get Mueller to comment on the conspiracy theory that the entire investigation was based on false claims invented by Fusion GPS, the firm that hired Christopher Steele to investigate Trump’s ties to Russia. While Mueller said that an investigation of the origins of the FBI investigation he inherited was outside his purview, and was being looked at by another part of the Justice Department, Rep. Matt Gaetz shared video on Twitter of the Russian lawyer who met Donald Trump Jr., Paul Manafort and Jared Kushner in Trump Tower during the campaign saying that Fusion GPS was the source of all the information she provided to the Russian government. Gaetz later suggested that Christopher Steele’s dossier was either “part of the Russian disinformation operation” or complete fiction invented by Steele.

“Over the course of my career I have seen a number of challenges to our democracy. The Russian government’s effort to interfere in our election is among the most serious,” Mueller said in his opening statement. The former special counsel is also careful to say that the cornerstone of Trump’s self-defense is incorrect. “We did not address ‘collusion,’ which is not a legal term,” he says.

Under questioning from Nadler, Mueller clarifies that his report did not say there was no collusion. “Right, that is not what the report said,” he said.

On the question of obstruction, Nadler asked: “Did you actually totally exonerate the president?”

Mueller also agrees with Nadler that the president could not be indicted for obstruction while in office, according to guidance from the Department of Justice, but could be indicted after he leaves office.

Asked by Collins, the ranking Republican, if it is true that his report did not find evidence that the president conspired with the Russians, Mueller hedges, saying, “We found insufficient evidence of the president’s culpability.”

Rep. Doug Collins (R-GA): “Is it true the evidence gathered did not establish the president was involved in the underlying crime related to Russian election interference, as stated in Volume 1, p. 7?”
Mueller: “We found insufficient evidence of the president’s culpability.” pic.twitter.com/Ge3gNnuE5U

“Any other person who acted in this way would have been charged with crimes,” Nadler said. “And in this nation, not even the president is above the law.”

“Any other person who acted this way would have been charged with crimes. And in this nation, not even the President is above the law,” Judiciary Chairman Rep. Jerry Nadler says in opening statement during Mueller testimony https://t.co/CemGOA8oRr pic.twitter.com/6nVrk1ccsl

In his opening statement, Representative Doug Collins, the ranking Republican on the committee, acted largely as the president’s lawyer, arguing that Mueller did not charge anyone associated with Trump’c campaign, including the candidate himself, with conspiring in the Russian attack. “Russia meddled in the 2016 election,”he said. “The president did not conspire with Russians. Nothing we hear today will change those facts.”

Across the U.S., Trump Used ICE to Crack Down on Immigration Activists

Biden’s Campain and the DNC Make a Mockery of Jews, Israel, and of Course, Joe Biden

How Cuba is Leading the World in the Fight Against Coronavirus