Washington has reportedly asked Tokyo to downsize its massive plutonium stockpile, which could pave the way for thousands of nuclear…

Washington has reportedly asked Tokyo to downsize its massive plutonium stockpile, which could pave the way for thousands of nuclear warheads. It comes ahead of a renewal of the US-Japan nuclear pact, a key to its energy security.

The request came as US President Donald Trump and North Korea’s leader Kim Jong-un are on their way to the much-anticipated June 12 summit in Singapore. With high hopes being pinned on eventual peace in the peninsula after years of nuclear saber-rattling by Pyongyang, Kim indicated that he would be ready to give up nukes only if his country’s security is guaranteed. 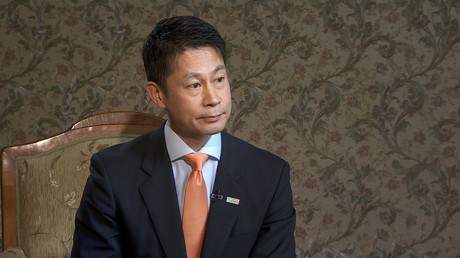 The US, in turn, hinted that it is ready to provide Kim with certain safeguards, with US Secretary of State Mike Pompeo saying on Thursday that should the North agree to de-nuclearization, the US president “is prepared to ensure a DPRK free of its weapons of mass destruction is also a secure North Korea.”

Now it seems that the Trump administration wants its regional ally to play by the rules as well. According to a report by Nikkei Asian Review, the US has demanded Japan to cap its vast plutonium stockpiles, which the resource-poor country has been allowed to maintain to generate power.

The request was reportedly carried out by the US Department of State and National Security Council. Japan currently holds 47 tons of plutonium reserves, which can be used to manufacture some 6,000 nuclear warheads. While Tokyo insists that it has no intention to use plutonium for any other purposes than peaceful energy, the issue has been of growing concern to Beijing.

However, so far, Washington has tried to play any concerns down, siding with one of its major allies in the region. In September, the US State Department told the paper that the 30-year US-Japan nuclear cooperation agreement, which allows Tokyo to reprocess spent fuel rods, will likely be renewed automatically before it is set to expire in July. 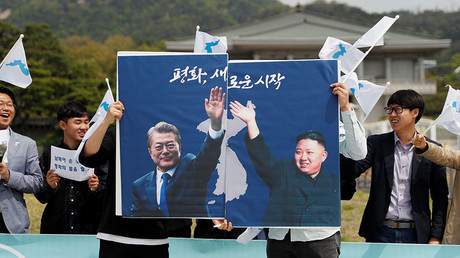 The winds have apparently changed now with Trump hoping for a breakthrough in Singapore. The report states that as the 1988 agreement is renewed, Washington wants to issue a joint statement with Japan reiterating that its plutonium cannot be used for any purposes other than peaceful ones.

Japan has already reportedly agreed to curtail its plutonium stockpile, and its government is now in talks with power companies, pressing them to slash their reserves. The plan will also likely postpone the start of operations at the Rokkasho Nuclear Fuel Reprocessing Facility. The plant was initially supposed to open in 1997, but its inauguration has been bogged down by massive delays. It is now expected to kick off operations no earlier than in 2021.

A Japanese government source cited in the report assured that although the demands will take a toll on its energy companies, Japan “will respond in good faith to the [US] request.” While the chances that the deal would be completely scrapped are slim, some officials in the Japan PM’s office reportedly fear that the new demands have already put the agreement, and with it, Japan’s energy security, in jeopardy.

“If the US calls off the deal, the foundations of Japan’s fuel cycle will crumble,” the source said.