As US intelligence services struggle to store the trove of data collected during its snooping operations, a team of researchers… 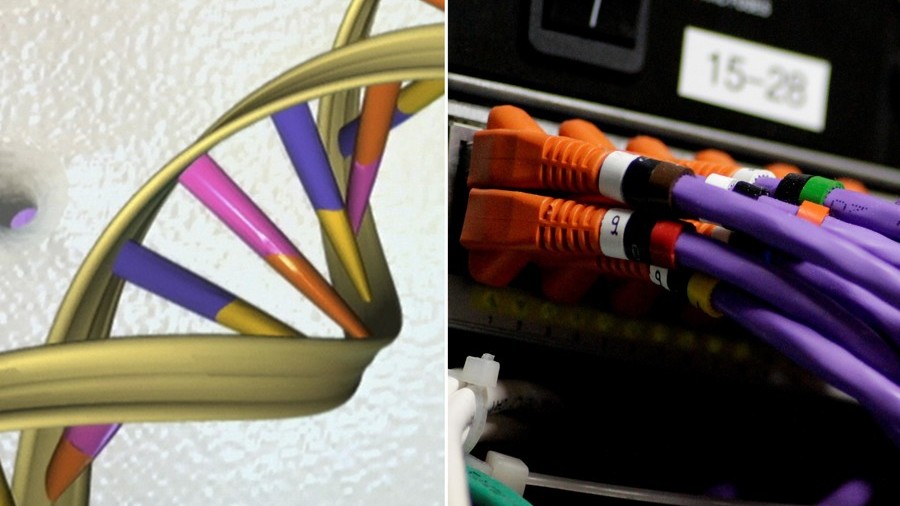 As US intelligence services struggle to store the trove of data collected during its snooping operations, a team of researchers are developing radical new storage technology based on an unusual model – human DNA.

The Molecular Information Storage program, run by the rather protractively-named Intelligence Advanced Research Projects Activity (IARPA), is recruiting scientists to help develop a system for storing huge amounts of data on “sequence-controlled polymer,” molecules with a similar makeup and structure to DNA.

The technology has huge potential as researchers believe DNA-like polymer technology can store data more than 100,000 times more efficiently than current methods. The IARPA hopes that it could one-day process entire exabytes of data while reducing the amount of physical space required to store it. To give you an idea of the scale: one exabyte, or one quintillion bytes, is four million times the storage capacity of a 256GB iPhone X.

The issue of how to store data is a live one for the world’s intelligence services. Costly data centers take up huge amounts of land, an unsustainable situation given the increasing amount of data generated by each person on a daily basis.

“Faced with exponential data growth, large data consumers may soon face a choice between investing exponentially more resources in storage or discarding an exponentially increasing fraction of data,” the IARPA said in a statement cited by Nextgov.

Some data centers are even housed in urban locations. The Lakeside Technology Center in Chicago is the largest data storage facility in the US, spanning 1.1 million square feet, an entire city block. On the site of the former printing press for the Yellow Pages, the center was transformed in 1999 and now holds more than 50 generators whirring around the clock. The Chicago facility is only matched by the NSA’s $ 1.5billion Bumblehive data center in Bluffdale, Utah, which is just over 1 million square feet.

Ultimately, the IARPA aims to scale down an exabyte storage facility so that it can fit in one room and run for less than $ 1million per year.

There are three distinct strands to the project, with the agency hoping to create systems for storing and retrieving information. The IARPA is calling on developers to help put together an easy-to-use operating system.