The US has imposed sanctions on seven Russian oligarchs and 17 senior government officials, accusing them of “malign activity around… 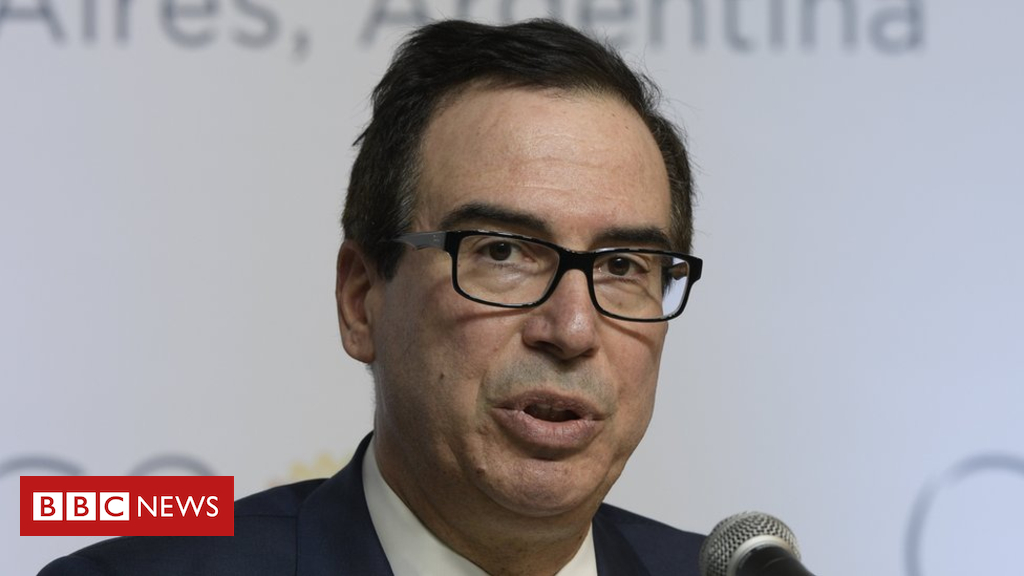 The US has imposed sanctions on seven Russian oligarchs and 17 senior government officials, accusing them of “malign activity around the globe”.

Twelve companies owned by the oligarchs, a state-owned weapons company and a bank are also sanctioned.

Treasury Secretary Steven Mnuchin said the penalties will target those who profit from Russia’s “corrupt system”.

The move is a response to Russia’s alleged meddling in the 2016 US presidential election, Mr Mnuchin said.

The sanctions are also being imposed because of the actions taken by the Kremlin in Crimea, eastern Ukraine and Syria, Mr Mnuchin said in a statement on Friday.

He accused the Russian government of “malicious” cyber-activities and said the sanctions will target “those who benefit from the Putin regime”.

“The Russian government operates for the disproportionate benefit of oligarchs,” he added.

It is some of the most aggressive action taken by the Trump administration thus far against Moscow.

Russia has not yet responded to the sanctions.

Among those targeted is Oleg Deripaska, a billionaire aluminium magnate and Putin associate.

Last month the US imposed sanctions on 19 Russians, accusing them of interference in the 2016 election and alleged cyber-attacks.

The US has also expelled dozens of Russian diplomats in response to the poisoning of a former Russian spy in the UK.