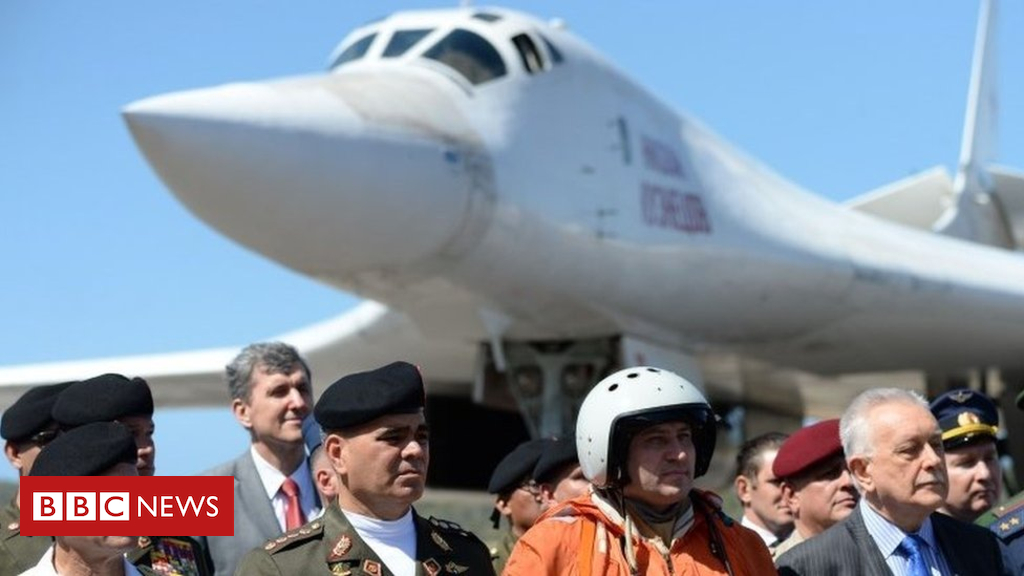 Russian and US officials have been involved in a spat over the landing in Venezuela of two Russian bombers capable of carrying nuclear weapons.

The two Tu-160 bombers landed in Venezuela on Monday in a Russian show of support for the government of socialist President Nicolás Maduro.

The long-range strategic bombers landed at Simón Bolívar airport outside of the Venezuelan capital, Caracas, on Monday along with two other Russian planes. A pair of jets also visited in 2013.

Venezuela and Russia have long been close allies and the arrival of the planes comes just days after President Maduro met Russian President Vladimir Putin in Moscow.

Venezuelan Defence Minister Vladimir Padrino said they were part of air force exercises with its Russian allies: “This we are going to do with our friends, because we have friends in the world who defend respectful balanced, relations.”

“We are preparing to defend Venezuela to the last inch when necessary,” the minister said in a reference to his government’s frequent accusations that imperialist powers are trying to topple it.

President Maduro said on Sunday that there was an attempt under way “directly co-ordinated from the White House to disturb democratic life in Venezuela and to try to launch a coup d’etat against the constitutional, democratic and free government of our country”.

Mr Pompeo denounced the deployment of the Russian bombers on Twitter.

Mr Pompeo was not the only one to criticise the Russian move to send the bombers to Caracas.

US defence department spokesman Col Rob Manning noted the US recently deployed a navy hospital ship to Latin America to offer medical support to the millions of Venezuelans who have fled hyperinflation and shortages of goods and medicine in their home country since 2014.

“Contrast this with Russia, whose approach to the manmade disaster in Venezuela is to send bomber aircraft instead of humanitarian assistance,” Col Manning said, according to NBC.

But Russia is not the only one sending its military jets to other countries. The US has also sent planes to its allies, including Ukraine, whose relations with Moscow remain tense following Russia’s annexation of Crimea in 2014.