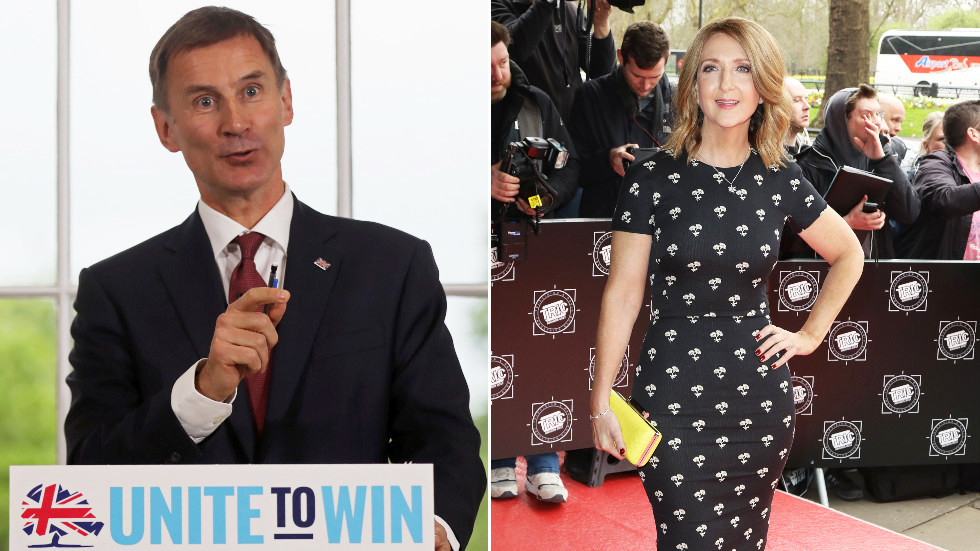 A BBC presenter has been left red-faced after becoming the latest victim to embarrassingly mispronounce British Foreign Secretary Jeremy Hunt’s name and drop the C-bomb live on air to the hilarity of many on social media.

Victoria Derbyshire, who presents her self-titled show on BBC2 was chairing a debate with assembled guests, including Conservative MPs, on who should succeed Theresa May as leader. One of those candidates happens to be Hunt.

Derbyshire then asked a Tory politician why they were supporting the foreign secretary’s campaign, which led to the now all too familiar gaffe.

You say the man that you are backing, Jeremy C**t… I’m so sorry Jeremy Hunt. I’ve never said that before in my life. It’s usually men that say that, so I really want to apologize.

It didn’t take long for those on Twitter to express their amusement, with many insisting that it was still funny, no matter how many times the “Freudian slip” is committed. One Twitter user claimed that they had “choked on my cup of tea, rewind and repeat done 4 times already. Have it as a ring tone now.”

Others pulled Derbyshire up on her bringing men into the incident, bemused at why that had anything to do with her own embarrassing error.

A whole host of TV reporters have let the C-bomb slip in relation to Jeremy Hunt. Why so many have fallen prey to such a blunder is probably best left to speculation. Hannah Jayne Parkinson, a writer at the Guardian and Observer has tweeted a hilarious “jeremy c**t megamix,” which provides the soundscape to the litany of Hunt mispronunciations committed so far.

Hunt officially launched his Tory leadership bid in London on Monday suggesting that rival Boris Johnson’s Brexit policy may lead to the Conservatives being “annihilated” at an early general election. Tory MPs have until 5pm to enter the race to become Theresa May’s successor.