UK Home Secretary Priti Patel has lashed out at British rapper, Dave, after the musician used his performance at the… 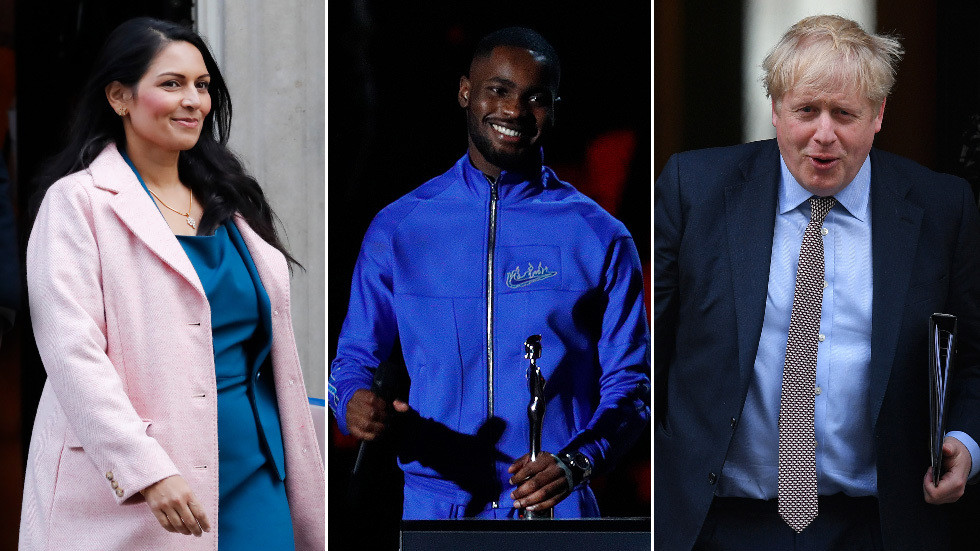 UK Home Secretary Priti Patel has lashed out at British rapper, Dave, after the musician used his performance at the BRIT music awards to brand PM Boris Johnson a racist. Patel called the accusation “utter nonsense.”

The 21-year-old black rapper from Streatham in South London – who won album of the year at the prestigious awards show in the UK capital on Tuesday night – added a final verse to his performance of song ‘Black,’ in which he singled out Johnson.

British rapper Dave at #Brits2020: “It is racist whether or not it feels racist. The truth is our prime minister is a real racist. They say, you should be grateful we’re the least racist. I say, the least racist is still racist.” pic.twitter.com/7SN4cD9afE

The provocative lyrics drew widespread reactions across social media, with “Who’s Dave” and “Rapper Dave” trending on Twitter. The performance by the musician – whose full name is David Omoregie – was slammed by Patel. During an interview with Sky News on Wednesday, the home secretary branded the rapper’s claims “utter nonsense,” insisting that it was wrong for individuals to “make judgements” about people they don’t know.

[Johnson] is not a racist at all and I just think those comments are highly inappropriate.

Patel is herself no stranger to controversy. Earlier this month, she was roasted on Twitter after labeling terrorists such as Sudesh Amman – the recent Streatham attacker – as “counter-terrorist offenders.” Critics also ridiculed her for blaming the old Labour government – which has been out of power for 10 years – for Amman’s early release from prison.

Dave is not the first musician to single out a British PM at the BRIT awards show. Fellow London rapper Stormzy used his performance in 2018 to sing: “Theresa May, where’s the money for Grenfell? What, you thought we just forgot about Grenfell? You criminals, and you’ve got the cheek to call us savages, you should do some jail time.”