As the British government prepares to roll out Covid-19 vaccinations, Tories are expressing confidence that unlike some other programs it… 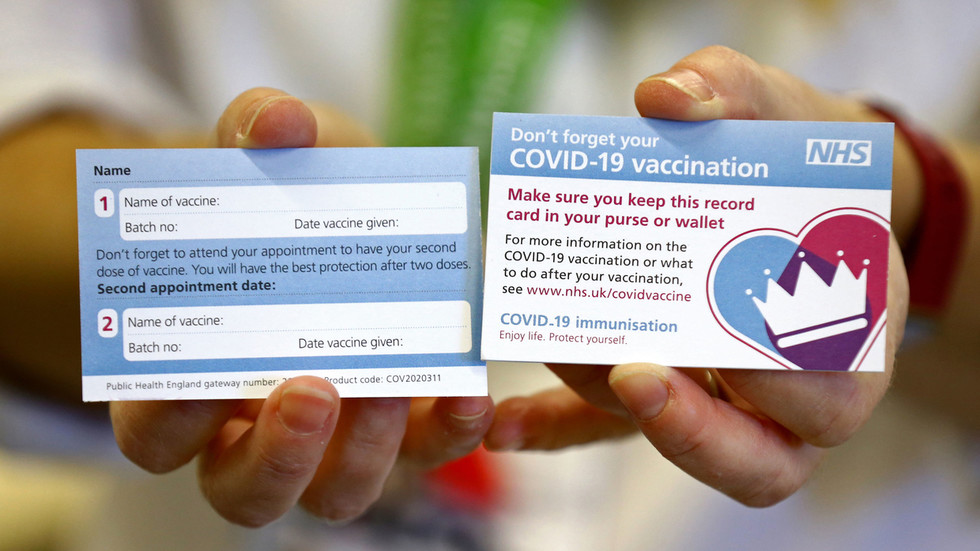 As the British government prepares to roll out Covid-19 vaccinations, Tories are expressing confidence that unlike some other programs it will be done right and that skeptics will not be forced to take it to re-enter society.

The first batches of the Pfizer/BioNTech vaccine were distributed over the weekend as Britain prepares to start immunising frontline workers and vulnerable people against Covid-19 on Tuesday. The stockpile is enough for 400,000 people, but the government says it has secured 357million doses of seven vaccine candidates. Pzfizer’s product and many others require two shots to work properly.

The NHS will hand out standard bank card-sized cards to people who receive the shot, suggesting they should carry them in a wallet. The card will list the name of the vaccine, batch number and the date the recipient got their immunisation, as well as a reminder to take the second dose in due time and some tips. The vaccination details will also be stored in an NHS database along with the patient’s personal data.

With the roll-out looming, there is concern that the government will not be able to deploy the vaccines without controversy. Critics say it has botched some aspects of fighting Covid-19, like procuring personal protection equipment or setting up contact tracing systems, and fear the same will happen with the vaccine, so Conservative politicians are going all out to reassure the public.

“I am confident that we will actually deploy this well,” MP James Cleverly told TalkRadio on Monday when asked about the previous blunders. He said the vaccine will “help unlock the British economy while also protecting lives”, and that he and other officials strongly encourage people to get it.

But the government has no plans to make the jab mandatory, either directly or by excluding jab-dodgers from social life, he assured. It’s not going to be a policy to make the vaccination card “your ticket to a football match or a restaurant booking. And we will make sure that the private sector organisations understand that fully,” he said.

Despite political reassurances, there is plenty of anxiety about the UK potentially introducing some kind of ‘immunity passport’ that would essentially require people to either self-isolate indefinitely or get the vaccine. Restrictions on visiting social events were considered for unimmunised people by the Johnson cabinet, the media reported earlier. A large share of the population needs to be immune for the epidemic to subside, but many Britons mistrust what is offered to them.

According to a new Opinium poll conducted after the Pfizer/BioNTech vaccine was approved for emergency use by Britain’s drugs regulator, 35 percent of Britons are reluctant to take it. Almost half fear it would not be safe or suspect that it is not efficient, while 55 percent said they were concerned about possible side-effects.