Spread the love Las Vegas, NV — In the land of the free, there are ostensible checks and balances which… 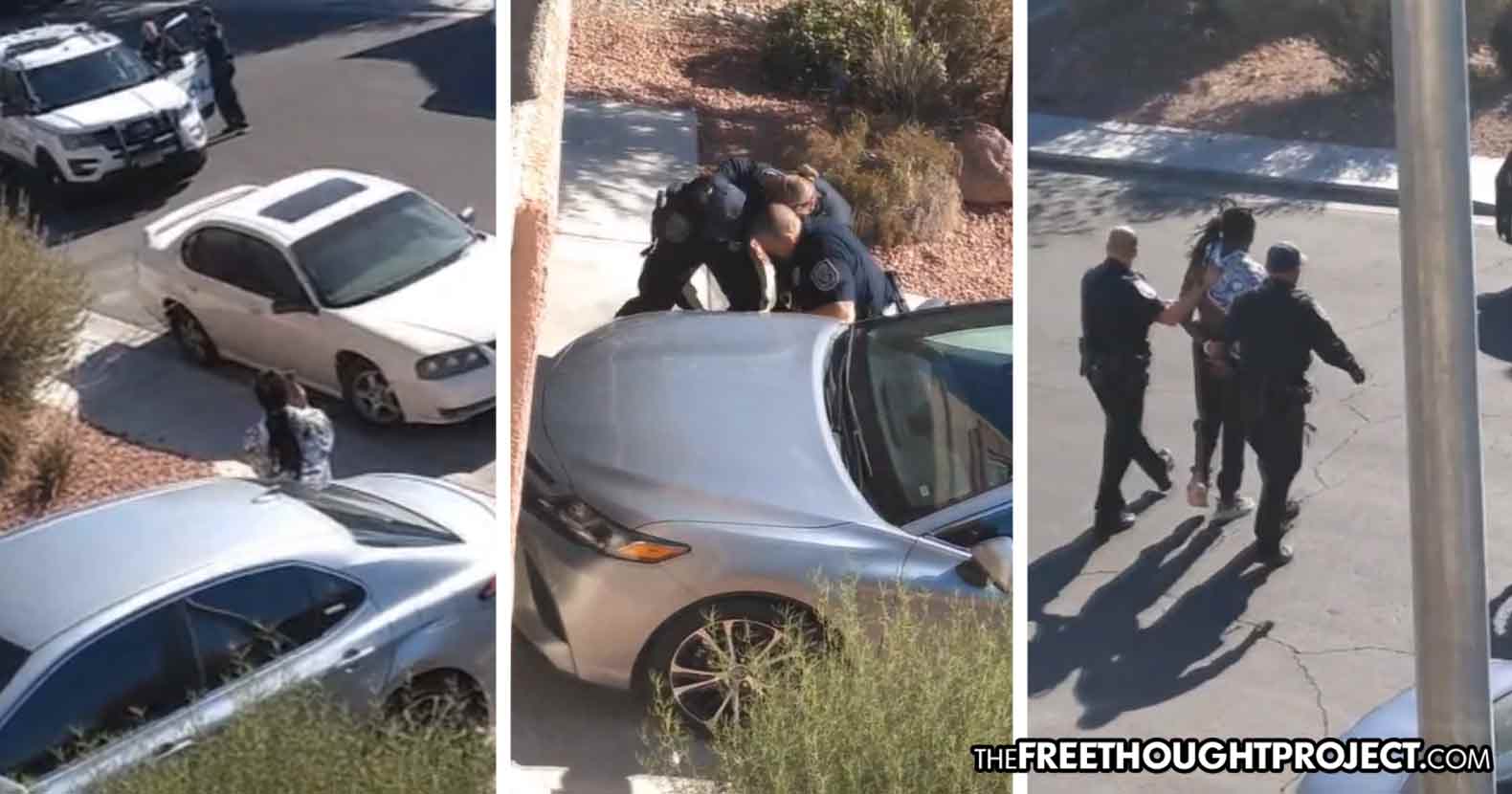 Las Vegas, NV — In the land of the free, there are ostensible checks and balances which are in place to prevent corrupt and power drunk government officials from overstepping their authority and depriving people of their rights, especially for filming in public. The largest ostensible restraint on this power is the U.S. Constitution. However, as TFTP has reported for years, despite the fact that police swear an oath to uphold this constitution, they are all too often the ones who ignore it.

As the following case illustrates, to many police officers, the oath they took to the constitution may as well be dog excrement that they scrape from the bottom of their boot. Furthermore, even though there is video evidence of this problem cop repeatedly violating that oath to the constitution by attacking people for filming, absolutely nothing has been done about it.

A disturbing video posted to YouTube recently, backs up this assertion. An innocent man was practicing his First Amendment right to film police — from his own driveway, no less — and he was subsequently beaten and kidnapped for it.

According to Stephen P. Stubbs, the attorney for Terrel Gregory, the victim, the incident took place on November 16, 2019. As Stubbs points out and as the video shows, Gregory had committed no crime, had harmed no one, and was merely standing in his driveway filming cops when he was savagely attacked, kidnapped, and charged with public nuisance after asking police for their badge numbers while filming them.

Stubbs posted the video with the following description, detailing how this abuse unfolded.

On November 16, 2019 in North Las Vegas, Terrel Gregory noticed police activity at his friend’s/neighbor’s house, stood at the end of his driveway, and recorded police from his property. He also demanded the names and badge numbers from the officers (which they would not give).

He was then forcibly arrested for “public nuisance”, specifically for “yelling and screaming in the middle of the street and in his driveway causing several neighbors to come outside disturbing the quiet of the neighborhood.” He was also arrested for “Obstruction” and “Resisting Arrest”. All for protesting the police action verbally.

Illustrating their disdain for the constitution, the cops went on to threaten the other innocent witnesses who were also filming. At 3:45 into the video, one of the cops threatens Gregory’s neighbor with arrest for filming and asking for an ambulance.

“He wasn’t breakin no law,” the neighbor said, adding, “Call an ambulance. they really f*** him up.” However, before anyone could call 911, the female officer in the group threatens all the neighbors with arrest — for misuse of 911 — if they call police to report them or ask for an ambulance.

Below is a video showing what practicing your first Amendment right to film the police in public looks like when police have zero respect for the Constitution.

As TFTP has reported, it has been clearly established that all Americans have the right to record the police. For an officer of the law to remain willingly ignorant of this precedent is at best, dereliction of duty, and at worst, unlawful deprivation of rights. Either way, these cops were in the wrong.

As the ACLU points out,

Taking photographs and video of things that are plainly visible in public spaces is a constitutional right—and that includes transportation facilities, the outside of federal buildings, and police and other government officials carrying out their duties.

The right of citizens to record the police is a critical check and balance. It creates an independent record of what took place in a particular incident, one that is free from accusations of bias, lying, or faulty memory. It is no accident that some of the most high-profile cases of police misconduct have involved video and audio records.

When police refuse to have their public service documented and this refusal morphs into kidnapping and assault, something has gone seriously wrong. No one should ever face persecution for their first amendment rights—especially in the land of the free.

$25 Trillion in Debt, Courtesy of The Fed…Is The “End” Near?

5 Things Canada Got Right When It Legalized Pot