Top Story Perhaps altering a central tenet of biology, researchers have discovered evidence for a new path of evolution, and… 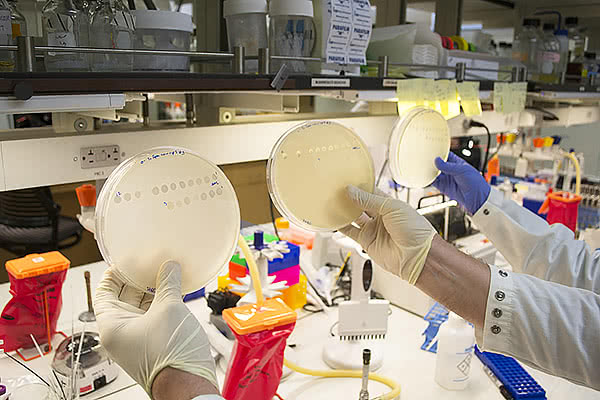 Perhaps altering a central tenet of biology, researchers have discovered evidence for a new path of evolution, and with it a deeper understanding of how quickly organisms such as viruses can adapt to their environment. Biologists conducted a series of experiments with a bacterial virus and found that it could infect “normal” hosts, as expected, but also — through a process previously unseen in evolution — acquire an ability to infect new host targets. The researchers say their findings, which address longstanding mysteries of how genes acquire new functions and how mutations arise to ease transmission from one host to another, could be applied to investigations of viral diseases such as Zika, Ebola and bird flu. The researchers are now looking for further examples of their newly discovered evolutionary phenomenon and seeking evidence for how common it is. They are also moving down in scale to probe the details of the new pathway to focus on the processes of individual molecules.

The Antarctic is melting even in the middle of subzero winter

Hawaii tops the list of beach destinations at risk of tsunami

Crayfish experience something like anxiety when they shed their armour