There was real drama on an international scale on Friday night, as Russian president, Vladimir Putin, immobilized British outgoing prime… 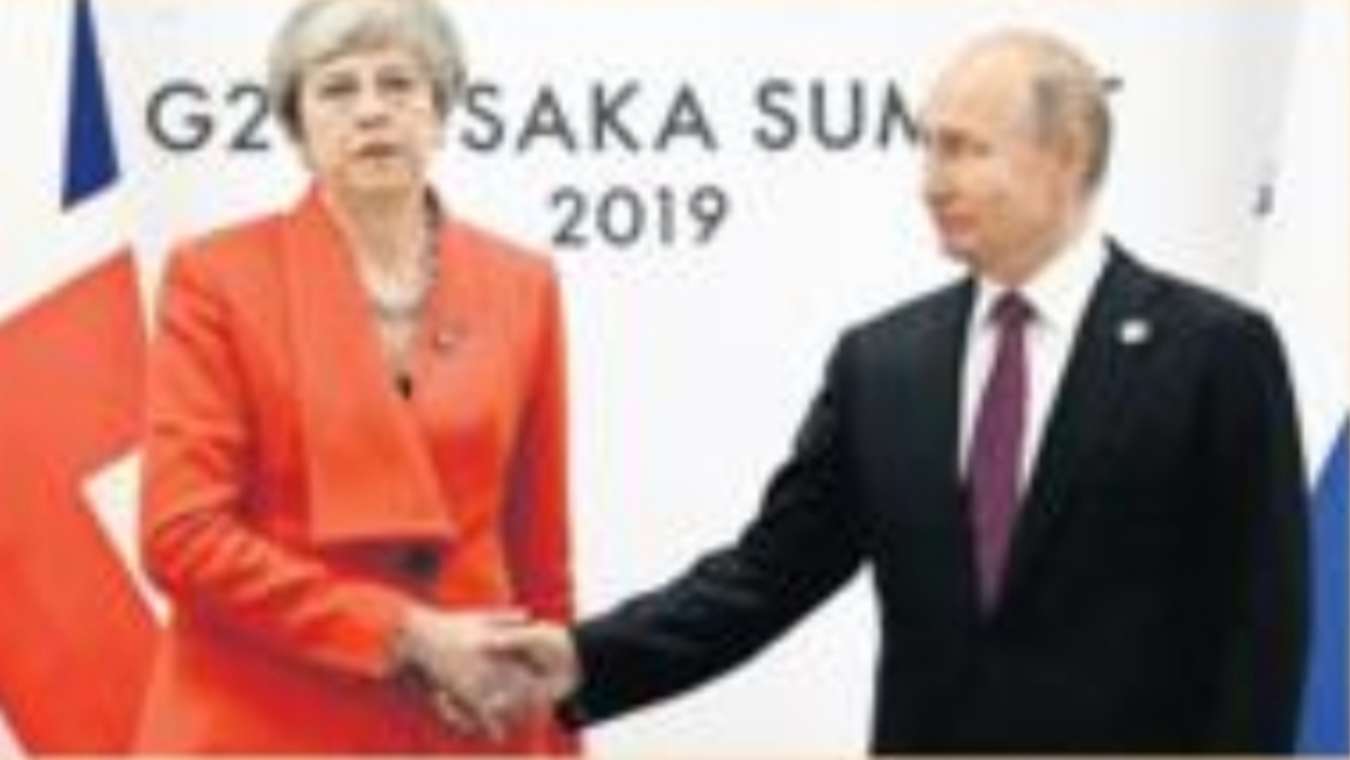 There was real drama on an international scale on Friday night, as Russian president, Vladimir Putin, immobilized British outgoing prime minister, Theresa May, with his infamous ‘Silesian handshake’.

The two were meeting for the first time in years, at the G20 summit in Osaka, Japan. Mrs May, no doubt remembering the poisoning of former Soviet spy Sergei Skripal in Salisbury, avoided the piercing stare of Mr. Putin.

Mr. Putin then puckered-up and gave the helpless Mrs May a peck on her left cheek. Her face froze. She resembled a block of granite, or a slab of iron, from which her idol, Lady Thatcher was fashioned.

The handshake weapon was one developed during his time in East Germany where he was a KGB operative. He is also able to render a subject immobile by using his stare at a distance of up to 100 yards.

After their brief meeting, Mrs May had to be lifted off the podium, and was whisked away to be drugs-tested, but later found to be Novichok-free.