Ballot initiatives are a mixed blessing. People can vote for some really stupid things, and people can reject important reforms…. 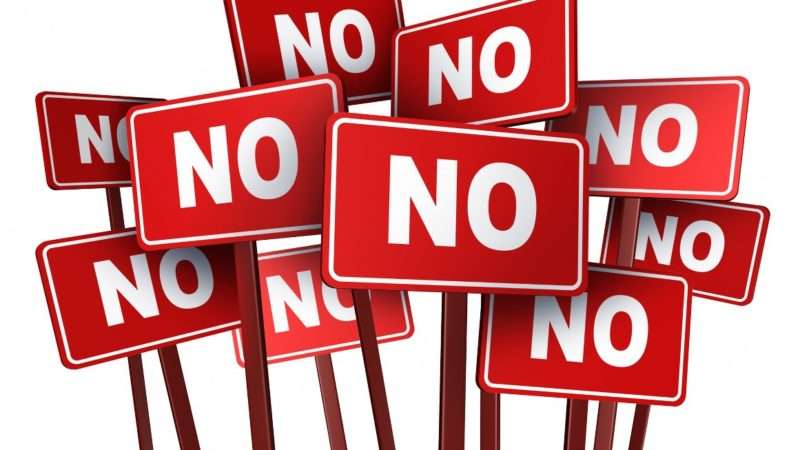 Ballot initiatives are a mixed blessing. People can vote for some really stupid things, and people can reject important reforms. But they’re also an important democratic tool, a way citizens can cut through the influence peddling that dominates state capitols across the country. When lawmakers serve entrenched interests, particularly in states where one party dominates, a ballot initiative is a way to reverse their bad conduct.

We wouldn’t have the current trend toward drug legalization without ballot initiatives. We’d have much fewer criminal justice reforms. We probably wouldn’t have legally recognized gay marriages.

On Tuesday night, in several states, voters used ballot initiatives and referendums to reject the best-laid plans of their political elite. And good for them! Here are some of the big highlights:

Illinois’ Democratic lawmakers, with the full support and encouragement of Democratic Gov. J.B. Pritzker, voted in 2019 to change its income tax system from a flat tax of 4.95 percent to a graduated tax rate. Under the new system, the state’s poorer citizens would pay slightly less (very slightly—often less than $ 100 a year), while those with annual incomes of more than $ 250,000 would see dramatic increases, up to a nearly 8 percent marginal rate.

But Illinois couldn’t implement the change without voter support, because the flat tax is written into the state’s constitution. So Pritzker, party leaders, and state labor unions pushed hard for public support, calling this a “Fair Tax,” spending millions of dollars to promote it, and telling citizens this change was key to fixing the state’s massive debt and budget deficit problems.

Illinois citizens are already very highly taxed, and no doubt that contributed to the proposal’s failure. But there was also the extremely deceptive way Pritzker was promoting the vote. Illinois voters weren’t actually voting on whether to implement the governor’s “Fair Tax.” They were voting on whether to give lawmakers the authority to implement a graduated tax, period. The new rates Pritzker touted were not set in stone; future legislators would be free to jack those rates up further. Whatever little savings the average taxpayer might get in the short term could very quickly be wiped out.

Pritzker’s group, Vote Yes for Fairness, was defiant about the loss, blaming the state’s problems (overspending and a failure to properly fund pension systems) on the rich. The group’s chairman, Quentin Fulks, put out a statement pretty much yelling at the voters:

Illinois is in a massive budget crisis due to years of a tax system that has protected millionaires and billionaires at the expense of our working families, a crisis that was only made worse by the Coronavirus pandemic. Now lawmakers must address a multi-billion-dollar budget gap without the ability to ask the wealthy to pay their fair share. Fair Tax opponents must answer for whatever comes next.

In fact, Chicago’s richest have been fleeing the state and moving elsewhere.

In one sense, every time drugs are decriminalized or legalized via ballot initiative the voters are defying their elected officials. After all, legislators could actually do it themselves. Heck, New Jersey lawmakers put the decision to legalize recreational marijuana to the voters via a referendum Tuesday because they couldn’t get their act together to pass a statute.

That’s exactly what happened in Mississippi. The ballot measure that circulated legalized medical marijuana for a list of debilitating medical conditions, such as Parkinson’s disease, Crohn’s disease, and HIV. This version was on the ballot as Initiative 65. The “alternative” put on the ballot by the legislature allowed medical marijuana use only by people with terminal conditions.

Mississippi voters roundly rejected lawmakers’ proposed alternative. With 98 percent of the vote counted, voters overwhelmingly supported the broader version that allowed wider medical marijuana use, and it wasn’t even close. Initiative 65 pulled in 74 percent of the vote.

Republican Mississippi governor Tate Reeves complained on Twitter in October that he is opposed to “efforts to make marijuana mainstream.” The reality is that marijuana already is mainstream.

In Arizona, voters rejected legalization in 2016, and so the measure’s success in 2020 reflects the shifting attitudes toward marijuana use. Especially since voters passed it in defiance of Gov. Doug Ducey and nearly every other Republican officerholder with any name recognition in the state. Its victory is a wholesale rejection of state leaders’ paternalistic, prohibitionist attitude toward marijuana use.

Earlier in the year, state legislators in Washington passed a ban on single-use plastic bags that would start on January 2021. The bill, S.B. 5323 also implements a “pass-through charge” on paper and reusable plastic bags that the stores provide customers, which the stores themselves would keep.

Washington state law requires that any law that raises taxes or implements new fees be sent to the voters as a nonbinding advisory question. And voters firmly rejected the state’s plan, with a full 60 percent supporting S.B. 5323’s repeal.

Since this is just an advisory vote, lawmakers are unfortunately under no obligation to repeal the bill. Washington voters regularly call for the repeal of tax increases, and their objections do not appear to matter much.

In several states, a single party controls both the governor’s office and the legislature. In California, control is so very firmly in the hands of the Democratic Party, thanks to a legislative supermajority, that it’s pretty much the veto-wielding Democratic Gov. Gavin Newsom’s decision which bills become laws.

This week’s election results show how, as unpredictable they may be, ballot initiatives can serve as an important check on such power. California voters rejected several policies that are strongly supported by Democratic leaders.

The biggest blow: Proposition 22 cut the legs out from A.B. 5, which all but eviscerated the freelancers’ ability to work for themselves, requiring companies to employ private contractors and pay them a host of benefits. The purpose of A.B. 5 was to attack companies like Uber and Lyft and destroy the gig economy in the state, all in the service of union jobs. The legislation was so badly designed that it was hitting freelance writers, musicians, Realtors, language translators, and other independent workers. Lawmakers weakened A.B. 5, but kept the assault on rideshare and delivery drivers. So Uber, Lyft, and the like forced the matter onto the ballot as Proposition 22, asking voters to decide whether these drivers could remain freelancers.

In defiance of, well, the entire Democratic power structure (including former Vice President Joe Biden, Sen. Kamala Harris, and the technically independent Vermont Sen. Bernie Sanders), voters in California supported Uber, Lyft, and their drivers. With all the ballots counted, Prop. 22 passed with 58 percent of the vote. Many of these same voters overwhelmingly supported Biden and Harris in the election, but they see the importance of letting people decide if they want to be freelance workers.

Another big hit against the California Democratic establishment was the failure of Proposition 16, which would have restored racial preferences in government institutions and college admissions. It had the support of the entire Democratic Party power structure in the state, but 56 percent voted no.

Again, that’s good. A look at the current demographic make-up at California colleges shows that, even when affirmative action was prohibited, colleges have been doing a better job of improving diversity at college campuses. They are no longer overwhelmingly white, and the end result of Prop. 16 would have likely pit different minority groups against each other (and especially against Asian-American students).

Though it hasn’t been called yet, Proposition 15, which would update the state constitution so that the state could increase taxes on commercial and industrial properties, is losing. Prop. 15 would undercut the tax assessment limits put into place in 1978 by Proposition 13. Reversing or ending Prop. 13 has long been a goal for Democrats, and Prop. 15 was heavily supported by the party (again, including Biden, Harris, and Sanders) and a host of unions and activist groups. But where the vote stands now, 51 percent are opposed to the change. California voters, like Illinois voters, can only take so much taxation.

Finally we have the somewhat more complex failure of Proposition 25, which would have ended the use of cash bail, turned to risk assessment systems, and released low-risk defendants without money demands while those deemed dangerous or flight risks are held in pretrial detention. Reducing the dependence on cash bail is a goal of criminal justice reformers. Demands of cash bail hit poorer defendants harder, often forcing them to accept bad plea deals and get harsher punishments. It often ends up punishing low-level offenders before they’re even convicted.

California lawmakers passed S.B. 10 in 2018 to eliminate cash bail, but the bail bond industry fought back and forced it onto a ballot referendum as Prop. 25. About 55 percent voted against it.

While it’s easy to imagine the bail bond industry using fearmongering campaigns about out-of-control crime to fight the reforms (as they have elsewhere), the reality of S.B. 10 and Prop. 25 is a lot more complicated. Civil rights and criminal justice reform groups were part of the process of crafting S.B. 10, but at the last minute the legislation was changed to give judges more leeway and control over deciding when a defendant could be held—without any bail and therefore without any way to be free at all. This caused great concern that as implemented, S.B. 10 could actually result in more people being stuck in pretrial detention, not less.

So civil liberties groups turned their backs on S.B. 10 and ultimately Prop. 25. The American Civil Liberties Union of Southern California ended up on the same side as the American Bail Coalition. All that was mostly left to support Prop. 25 was, again, the Democratic Party power structure. That wasn’t enough.