Spread the love St. Louis, MO — Over the years, the Free Thought Project has reported on multiple incidents in… 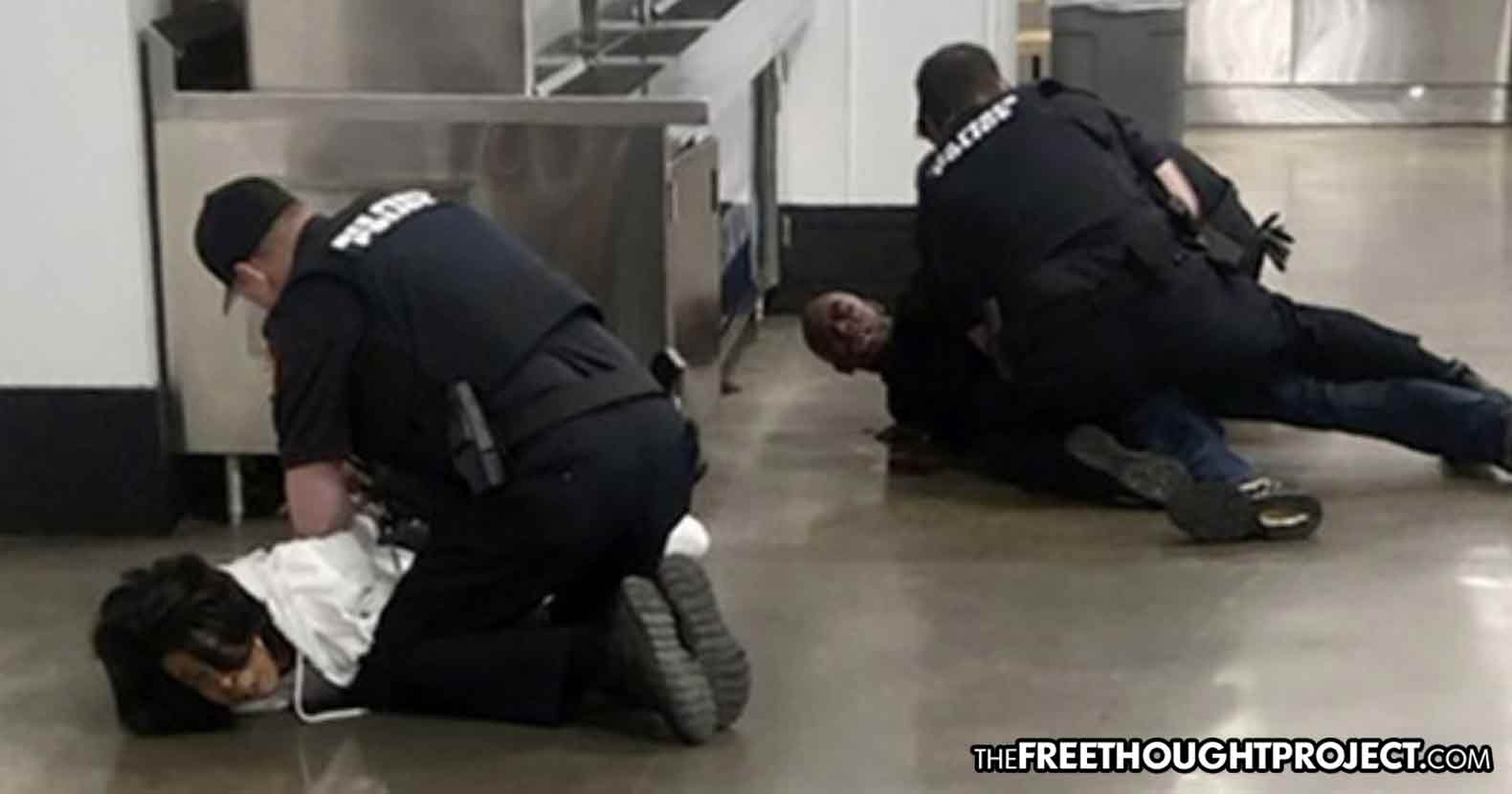 St. Louis, MO — Over the years, the Free Thought Project has reported on multiple incidents in which innocent property owners or motorists have been accused of robbing their own home or stealing their own car. This week, it happened again and yet another video has surfaced as part of a lawsuit accusing cops of beating an elderly woman and her son after falsely accusing them of stealing their own TV.

Marvia Gray, 68, and her son Derek say the incident unfolded in March when they went to a Sam’s Club to purchase a television. After purchasing the TV, they tried loading it into their SUV but it did not fit, so the Grays told the manager at Sam’s Club that they would have to return later to pick it up, according to the complaint.

As KSDK reports, when Derek returned to the store with his receipt, the TV was “withheld from him on suspicion that he was attempting to steal it,” the complaint alleges. Eventually, the television was released to him after a “store employee interceded with management and confirmed that Derek had in fact made the purchase.”

According to the lawsuit, once Derek confirmed with store employees that he had indeed purchased the TV, he left the store to put it in his vehicle. That is when he was followed by a Des Peres police officer.

This would set off a chain of events that would lead to an innocent family being beaten and arrested. As NBC reports:

The complaint alleges that a store employee informed the officer that Derek had purchased the television, but the officer nonetheless made an “emergency phone call” saying he “witnessed Gray steal a TV and place it in the parked vehicle.” When Derek returned home with the TV and told his mother he was accused of stealing, the two decided to return the TV and went back to the store.

While at the store attempting to get a refund, the lawsuit alleges that four Des Peres police officers “without cause or adequate provocation and in the presence of countless witnesses, violently and physically seized Marvia Gray and Derek Gray, throwing them to the floor, beating them, handcuffing them, then arresting them.”

The incident was captured on video and is nothing short of infuriating.

“Just throwing me to the floor,” Gray said. “Just took me by my purse and just slammed me to the floor like I was some kind of nothing. And them I’m like ‘Watch it, watch it…you guys are hurting me. What is going on?’”

Gray said she feared for her son’s life as she watched multiple officers assault him.

Andrew M. Stroth, of Action Injury Law Group, a national civil rights law firm representing Marvia Gray, said his client “thought her son was about to be another black man unjustifiably shot and killed by the police,” according to The Associated Press. “You can see in the video that she is terrified with respect to what they’re doing to her son,” Stroth said.

Naturally, police claim they did nothing wrong and in a press release, the Des Peres Public Safety Department said its officers “were dispatched to the Sam’s Club for a reported Larceny” and upon arrival learned “it was the previous subjects from the earlier incident,” referring to when the officer followed Derek Gray to his car.

The statement said Derek Gray “did not comply and began to struggle with officers” and that Marvia Gray was arrested after she “began to grab and pull at the officers” during the interaction. Derek Gray was charged with aggravated assault of a police officer and “stealing in the near future” and Marvia Gray was charged with interfering and resisting arrest.

In reality, however, an innocent elderly woman and her son were simply trying to avoid being beaten and kidnapped by armed agents of the state who were falsely accusing them of a crime.

The St. Louis County chapter of the NAACP told KSDK that it is standing with the Grays to seek accountability for the officers.

“Unfortunately, I get these complaints way too often,” the chapter’s president, John Bowman, said. “It appears in more and more police interaction between people of color and white police officers, there seems to be this feeling that they treat black people as a weapon because of their color.”

Below is a video of what purchasing a TV looks like in a police state.

Some Implications for Executive Adjudication