Florence, SC — (RT) A volunteer constable in Florence, South Carolina fired as many as eight shots at a suspect… 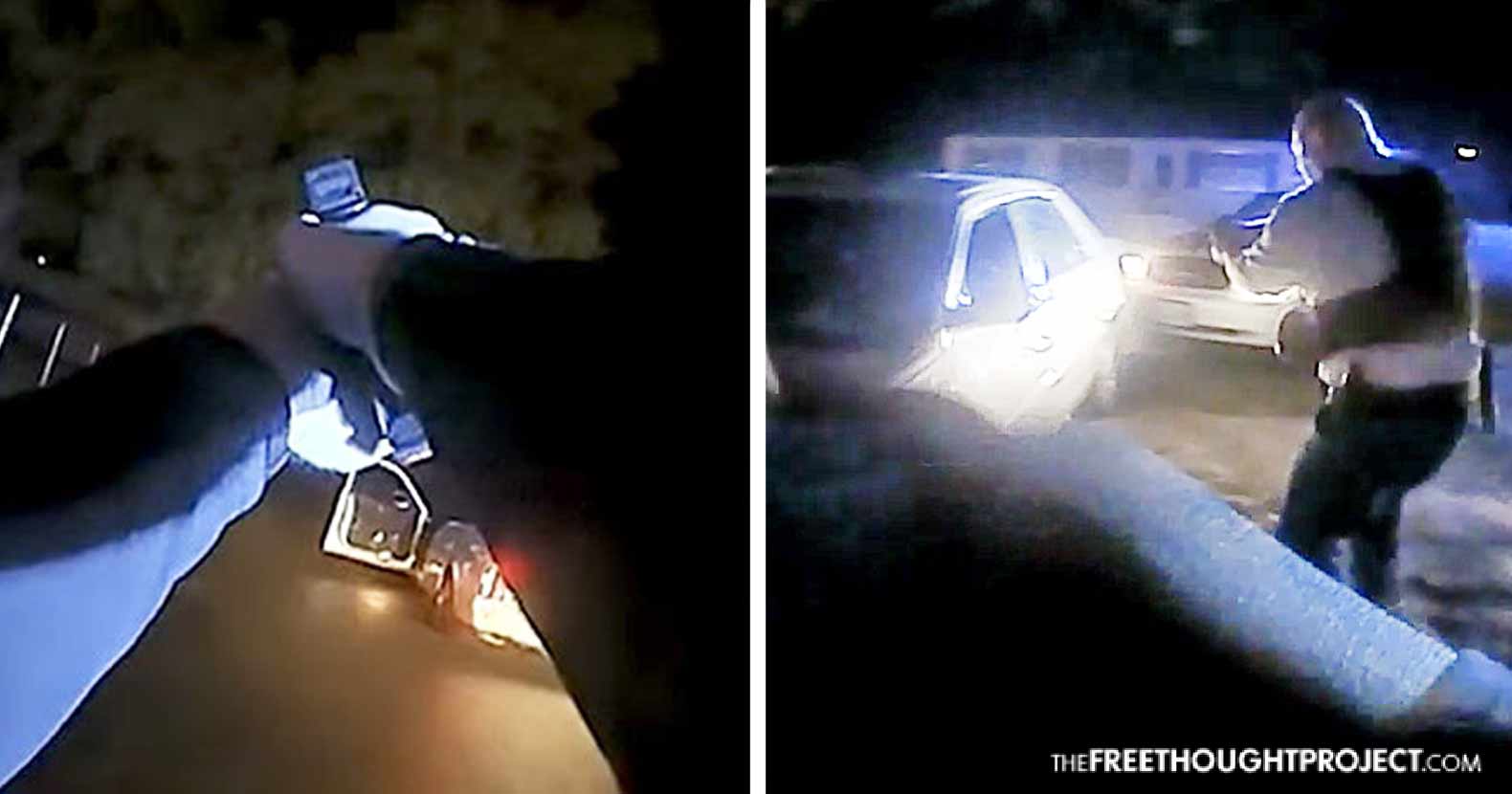 Florence, SC — (RT) A volunteer constable in Florence, South Carolina fired as many as eight shots at a suspect as he attempted to flee a traffic stop, body camera footage from the officer reveals.

State Constable Christopher Bachochin and Florence police officer Edward Seiben stopped the suspect, later identified as Brandon Fludd, at 11:10pm on Saturday night, March 24. After asking for his information, the officers asked Fludd to step out of the car, as they could smell marijuana.

Fludd refused, took a drag of a cigarette, and reversed his car into a parked police cruiser, before driving away. As Fludd tried to make his escape, Bachochin can be seen stepping back from the car and firing up to eight shots at the vehicle.

Fludd was wounded and taken to a nearby hospital, and was released on Monday, according to AP. No weapon was found in his car after the incident.

While it can typically take months or years for police shooting videos to be released, Florence Mayor Stephen Wukela pushed for the early release of the footage in an effort to be as transparent as possible. Wukela told local news that “The whole incident is troubling,” adding: “We have confidence that State Law Enforcement Division will investigate this matter and treat it fully and fairly.”

As a constable, Bachochin is a volunteer officer, and receives only a fraction of the training of a full-time police officer. State constables lack the power of arrest unless accompanied by an officer from a law enforcement agency.

At the time of the shooting, Bachochin was patrolling with Seiben to keep his certification up to date. No other officer at the scene fired their weapon.

Florence County Solicitor Ed Clements said it was likely that the wounded driver would face charges of failing to stop for police. The state attorney general’s office will decide whether to prosecute Bachochin once an internal investigation is finished.

When asked whether he thought the shooting was justified or not, Clements told AP: “The best thing for me to do now is to keep my feelings to myself.”

Bachochin has been suspended from duty since the shooting, and the Florence Police Department is reviewing its ride-along policy.