Spread the love Pueblo, CO — A friend of the family of 20-year-old Jesse Cedillo has shared a hard to… 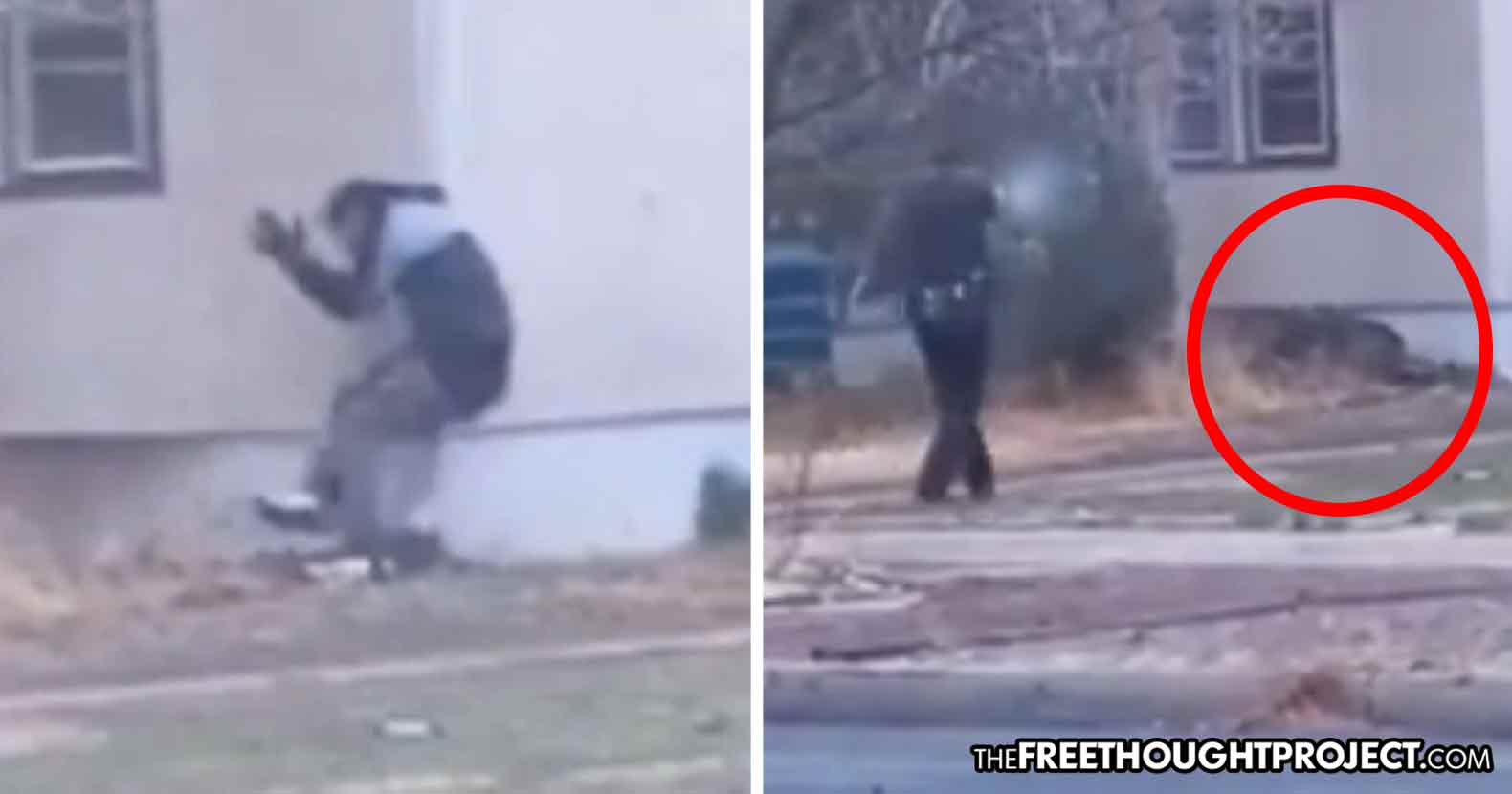 Pueblo, CO — A friend of the family of 20-year-old Jesse Cedillo has shared a hard to watch video with the Free Thought Project this week showing his last moments alive. While being pursued by police, Cedillo appeared to have his hands in the air before a Pueblo Police officer opened fire on him, shooting a total of 13 rounds, including several after he had fallen to the ground and was not moving.

To be clear, Cedillo was no angel. According to police, a woman reported that Cedillo pointed a gun at her, threatened her and took her 2016 Nissan Versa. When officers spotted the car, a chase ensued and ended when Cedillo crashed into a telephone pole and then ran away on foot.

Below is a portion of the statement from Pueblo police on how the rest of the incident played out:

Pueblo Police Officers who were in the area, saw the suspect vehicle driving with a flat tire near the intersection of Palmer Avenue and Veta Avenue. Police officers and sheriff’s deputies searched the area and located the vehicle in an alley between Colorado Avenue and Quincy Street, where it had become disabled after crashing into a light pole. The suspect, who was seen carrying a  handgun, got out of the vehicle and began running north down the alley with deputies and police officers in pursuit on foot. The suspect advanced toward deputies with a gun in his hand in the 300 block of Quincy Street. Shots were fired by a sheriff’s deputy. The suspect was pronounced deceased at the scene.

Sounds cut and dry, right? Well, according to a video taken by a neighbor, that is not exactly how it played out.

Cedillo’s aunt, Amanda Fox explained in a post how it unfolded.

“My nephew Jesse Cedillo was shot by a Pueblo County Sheriff on March 14, 2020. The deputy unloaded his entire clip at Jesse, after they shot and fatally injured Jesse 12 plus PPD and PCSO officers stood around and watched as he died not even trying to help him in anyway. This was a senseless loss to a young life. Jesse was not armed and put his hands up as the officer started to shoot and kept shooting. They left Jesse laying there uncovered for 7 hours. The entire shooting was video taped by a neighbor who is outraged by the killing of a 20 year old young life.”

Although the video is taken from rather far away, we can tell one thing for certain and it’s that Cedillo’s hands are in the air, above his head, when he is killed. The video below also slows down the moment the officer opened fire on him and you can see his fingers.

As he is shot, nothing appears to fall from Cedillo’s hands and at no time does he appear to be pointing anything in the officer’s direction. The video does not account for what the officer sees as Cedillo runs from in between the two houses, but when he fires the remaining rounds, we can see exactly what happened.

After the officer began shooting at Cedillo, he kept shooting, and shooting, even after Cedillo had falling to the ground and lie motionless. A dozen officers then surrounded his body and stood there, not helping at all.

Another indicator that Cedillo was unarmed when he was shot is the fact that not a single one of the cops immediately bent down to pick up the gun or move it away from him. This is a standard procedure with police to move the gun away from the suspect. Not until the cops stand around him for several moments does one officer appear to reach for Cedillo’s waistband.

Also worth mentioning is the officer’s careless disregard for whomever was in this house behind Cedillo as he dumped 13 rounds into it. TFTP has reported on multiple tragic cases in which even children have been killed by cops shooting at unarmed suspects. Luckily, no one in the home was hurt this time — 6-year-old Kameron Prescott cannot say the same.

After the shooting, the PPD announced that the unnamed officer has been placed on paid administrative leave. They also noted that there is an active investigation underway.

Mick Mulvaney Turns His Back on Fiscal Responsibility

School Cop Arrested After Getting Caught Filming Up Child’s Skirt

As 911 Gets Calls for Coughing Neighbors, Hotline Allows People to Snitch to Govt During Outbreak