Spread the love Bradenton, FL — Barbara Pinkney of Bradenton, in Manatee County, Florida wanted to see the warrant from… 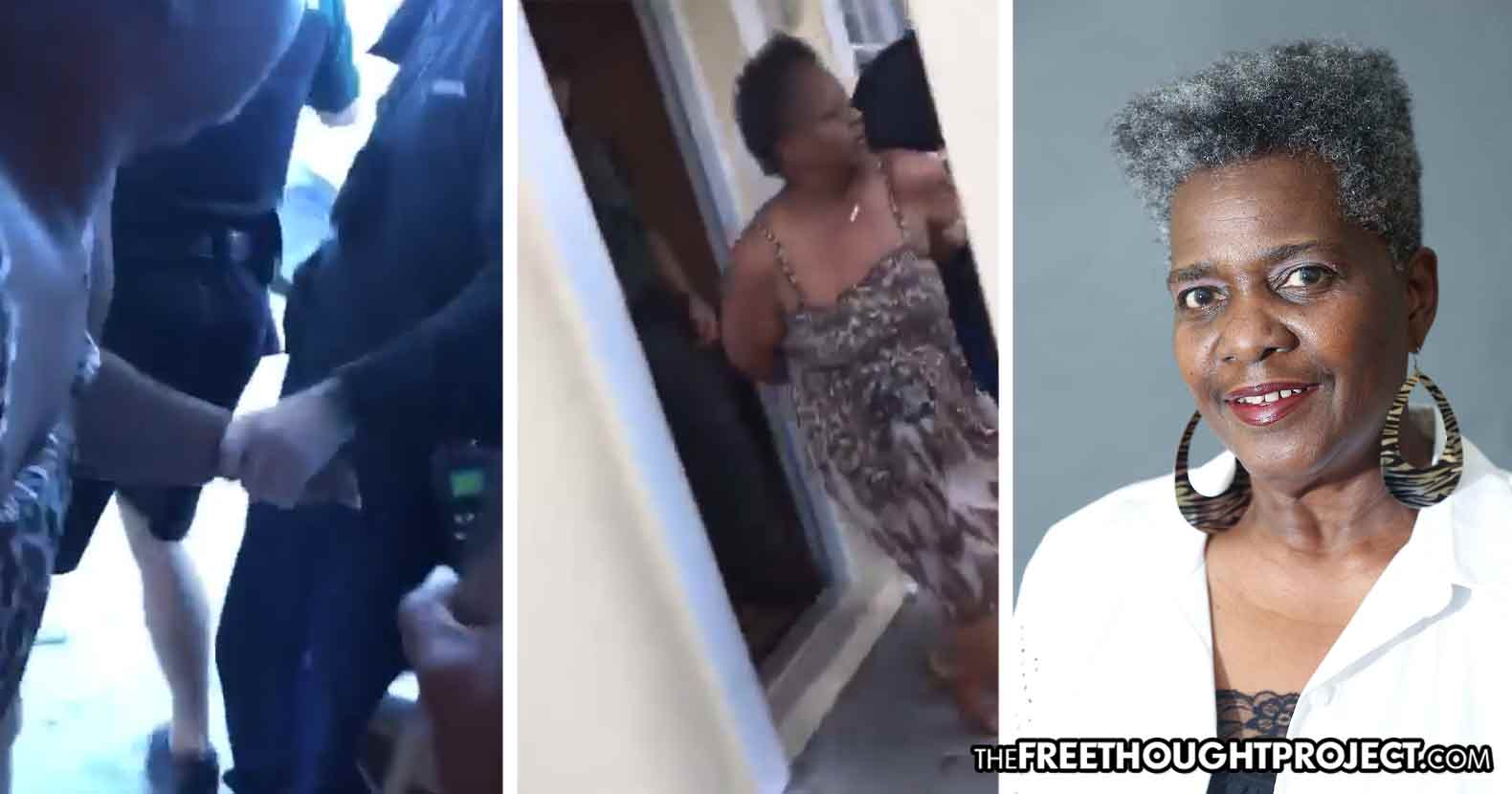 Bradenton, FL — Barbara Pinkney of Bradenton, in Manatee County, Florida wanted to see the warrant from the cops who had come to her home last week attempting to arrest a man who she says did not live there. Because she was steadfast in her decision to see the warrant, Pinkney, a 70-year-old grandma who had never been in trouble with police before, was tasered multiple times, thrown to the ground and arrested.

This grandma is now facing charges of obstruction and battery on a law enforcement officer, according to a probable cause affidavit obtained by WFLA. To make matters that much worse, the incident unfolded at 7:30 a.m. on the day after Christmas — which also happens to be Pinkney’s birthday.

“We heard a knock at the door. Actually, there wasn’t a knock. I think they kicked the door. Bam! Bam! At the door,” Pinkney said.

According to WFLA, Manatee County Sheriff’s Office deputies say they came to serve an arrest warrant to Tevin Turner, Pinkney’s grandson, on violation of probation for carrying a concealed weapon. However, Pinkney says he doesn’t live there.

“When he was on probation he gave this as his address, but he wasn’t living here,” she said.

Video taken by her grandson’s wife captured what unfolded next. As this 70-year-old grandma attempts to close the door, a deputy barges in, grabbing her by the arm before tasering her. This grandma is then violently thrown to the ground where she is tasered two more times.

As WFLA reports, the probable cause affidavit shows Pinkney was hit three times with a stun gun in her “left arm,” her “back,” her “upper back,” and was held to the ground with the deputy’s “knee.”

For asking cops for a warrant and refusing to let them in the house unless they produced it, this grandma had her house raided, was attacked, kidnapped and charged — all of it, on her birthday.

Pinkney — who has never had a run-in with police — told local media that she is now scared to death of cops, so much so that she won’t even make eye contact with them.

“I don’t know. Whenever I see police I just try to not look at them,” Pinkney said through tears.

Pinkney has a court date set for Jan. 17, 2020, but already the community is rallying behind her.

MCSO has not responded to the video, only to tell 8 On Your Side what they say happened that Thursday morning.

Her grandson Tevin Turner has not been caught. Pinkney said he was never there, while MCSO said he may have gotten away from the rear of the house during all the chaos.

The claim of police saying Turner got out the backdoor is frivolous at best as it is standard procedure to cover back doors to homes when serving arrest warrants. Pinkney is now due in court on January 17, 2020. Protests are expected as the community rallies behind this rights flexing grandma.

Below is this most disturbing imagery showing what happens when you ask police for a warrant to come into your own home.

If you think that cops attacking grandmas is a rare occurrence, think again. As TFTP reported last year, an innocent grandma was killed by cops Oklahoma because they suspected her son was in possession of a plant.

Michael Anthony Livingston, 50, was suspected of selling a plant that is legal in some form in well over half the country. Because the other half of the country still violently and callously kidnaps, cages, and kills people for this plant, however, Livingston is in jail and his mother is now dead.

Geraldine Townsend, 72, was shot and killed this week as a Bartlesville SWAT team executed a search warrant to bust Livingston for the alleged sale of marijuana.

When the heavily armed and likely militarized men kicked in the door to their home, Townsend, likely not knowing who her home invaders were, picked up a pellet gun and fired off two pellets. A Bartlesville officer then shot and killed her.