Opening a debate on a no-confidence motion due to be held in the British parliament on Wednesday, Labour leader Jeremy… 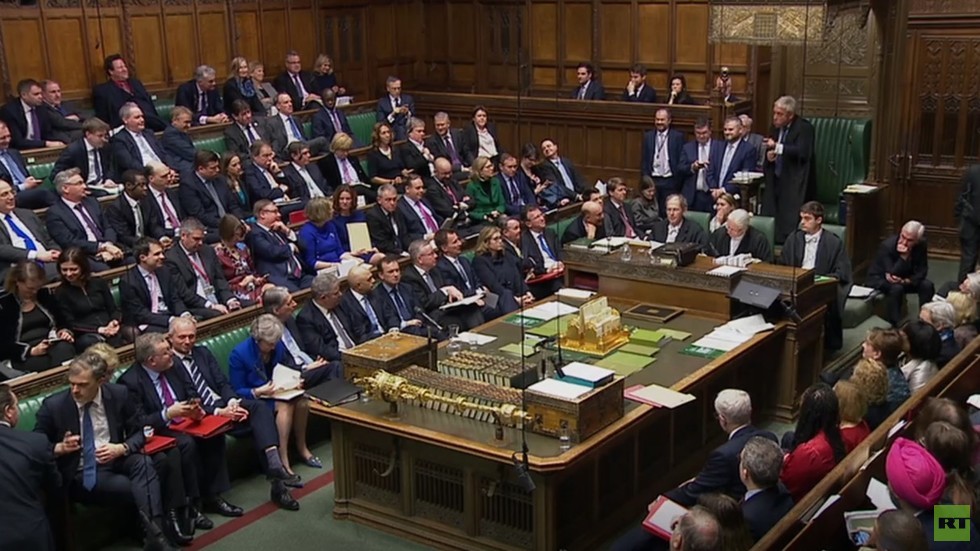 Opening a debate on a no-confidence motion due to be held in the British parliament on Wednesday, Labour leader Jeremy Corbyn said Prime Minister Theresa is running a “zombie government.”

Corbyn tabled the no-confidence motion on Tuesday evening following a massive defeat for May after her Brexit deal​, painstakingly negotiated with Brussels, was voted down in the House of Commons by a huge margin of more than 200 votes.

Corbyn said May had wasted two years with her “doomed strategy” and that any prime minister who loses such an important vote should step down.

Corbyn said that May’s Conservative Party was “fundamentally split” on Brexit meaning it was unable to govern the country at a time of crisis. He said the blame for the mess lies with May and confirmed that she had not invited him to cross-party Brexit talks.

Asked by Liberal Democrat Alistair Carmichael if he would support a “people’s vote” on the Brexit deal currently on offer, Corbyn said that “all options” would be on the table.

During the debate, Corbyn said there is “no majority for this government’s Brexit deal and there is no majority either for a no-deal scenario,” which he said would be a “catastrophe.” The Labour leader said the “best outcome” would be to hold a general election. An election, he said, would give “new impetus” to Brexit negotiations and bring “fresh ideas” to the issues faced by the British people.

Responding to Corbyn, May said that a general election is the “worst thing” that could happen and would create “division when we need unity” and “chaos when we need certainty.”

May said a second referendum on Brexit was not an option and that there is “no indication” a new vote would solve the crisis the country faces. May added that regardless of how good any Brexit deal was, Corbyn would still vote against it.

May said that all Labour and Corbyn had offered on Brexit are “vague aspirations” rather than specific suggestions.May also accused Corbyn of tolerating anti-semitism in the Labour Party.

Corbyn has previously adamantly denied accusations that he holds anti-semitic views, saying he has spent his “whole life” fighting discrimination and racism.

During the debate, SNP Party MP Stewart McDonald said May was engaging in “pure robotic fantasy” regarding the viability of her Brexit deal.

Labour MP Angela Eagle said ​that despite suffering a resounding defeat on Tuesday, ​May​ was coming to parliament with “the same lines” and making the same assertions “like the vote never happened.”

Extraordinary: Downing Street spokesman rules out giving an inch on a customs union – “The principles that govern us as we go into these talks is that we want to be able to do our own trade deals, and that is incompatible with either the or a customs union”.

While May was speaking, a government spokesperson outside the chamber told the Guardian that remaining within the customs union was “incompatible” with negotiating the country’s own trade deals.