Spread the love Allentown, PA — An innocent man was acquitted this week despite the best efforts of the Allentown… 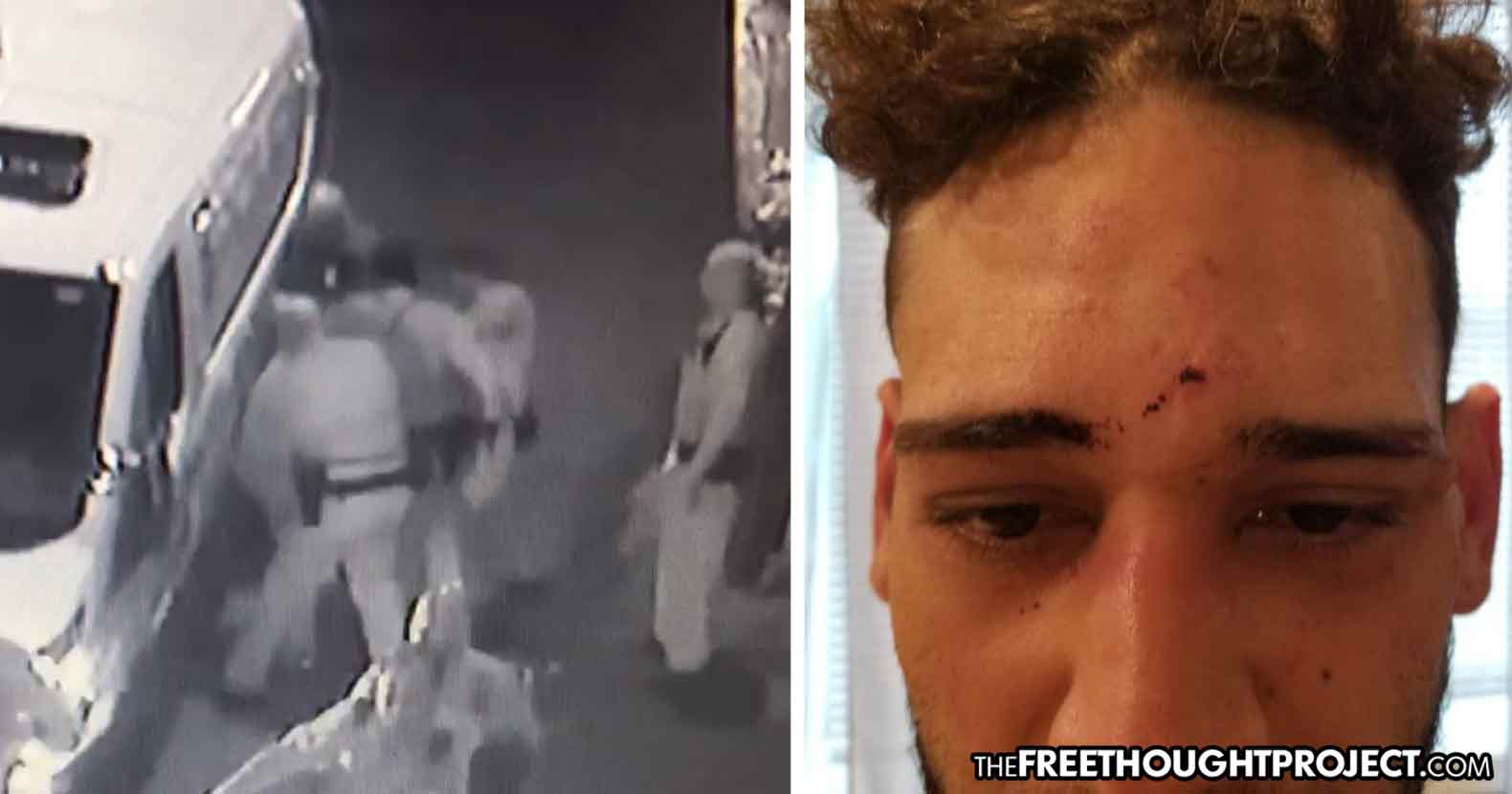 Allentown, PA — An innocent man was acquitted this week despite the best efforts of the Allentown police department to put him in jail. Thanks to video evidence, John Perez is a free man and the cops are being scrutinized for jumping him in a gang style beating.

After Perez’ acquittal, Judge Maria Dantos tore into the department for their abusive and unprofessional behavior exhibited during the early morning hours of Sept. 8, 2018.

As the Morning Call reports, Dantos said she was “disgusted” by what she saw and heard on their body cams, which captured officers cursing and telling Perez, who is from the Dominican Republic, to “go back where you came from.”

She didn’t stop there either. Dantos went on to accuse the officers of unnecessarily escalating their encounter with him and using excessive force. She said officers perjured themselves during his trial and acted childish by smirking at jurors, laughing at the defense attorney and high-fiving in the hallway, according to the paper.

“You know ‘those people,’ as the officers said, are your community,” Dantos said, pointing out how damaging the officers’ actions were to relations in the Latino community.

“Do you know how hard it is for members of that community to call the police? What happened to protect and serve? Isn’t that still on the cars? You come into that community because they had the courage to call you and ask you for help,” Dantos said. “But officers came into that scene like angry, hostile bullies.”

Dantos then went on to tell Perez that he was entirely justified in defending himself against what she described as “an unlawfully, excessive use of force.”

As TFTP reported at the time, the video was captured on a resident’s surveillance camera and although it has no sound, it does show that at no time did John Perez, 34, ever attack or otherwise become physically combative with police. He merely defended himself from punches after cops swarmed and attacked him.

According to Perez, police were responding to a domestic disturbance near his home when he approached them to find out what was going on. As the video shows, Perez is seen walking up to the group of 8 officers and simply standing in front of them.

According to Perez, without provocation, the officers began hurling profanities and insults at him, so he suggested a fist fight to settle things. This was a terrible idea, but it was not a threat and only a request.

According to police, the officers were headed back to their vehicles when Perez started arguing with them.

“Out of nowhere the defendant showed up and mentioned something along the lines of ‘you guys feel good about yourselves talking like that,’” Officer Jose Lebron said in the affidavit clearly indicating that Perez was reacting to how the officers were talking.

Perez then mentioned “something about our guns and took an aggressive step toward me,” Lebron said.

Perez admits that he mentioned their guns, but only in regard to making a fair fight. This “aggressive step” is not visible on the video.

As the Morning Call reported at the time:

Lebron told Perez to step back and get out of his face, according to the affidavit, which said Perez raised his arm and clenched his fist. An officer pushed Perez’s hand away, Lebron wrote in the document, and Lebron again told him, “Get out of my face.”

When Perez didn’t back off, Lebron pushed him, according to the affidavit. Perez then “charged at me with both fists closed,” Lebron said, adding that Perez was trying to pull him down. That’s when other officers assisted Lebron in subduing Perez and handcuffing him.

As the video shows, this is not true. Perez appears to have his arms out to his sides with open palms. At no time does he appear to physically threaten the officer before being shoved to the ground. When Perez jumps back up from the shove, however, this was perceived as a threat and street justice was promptly doled out.

Perez claimed that the video shows officers clearly assaulted him and the court agreed.

“They just started beating me, hitting me, almost tore my arm out of place,” Perez said, who was then arrested on charges of disorderly conduct and resisting arrest and released on unsecured bail.

After Perez got out of jail 15 hours later, he went to the hospital who treated him for a broken nose, and injured shoulder, swelling, and scrapes and bruises all from the multiple officers who punched and kicked him repeatedly.

“You push my brother and then you’re saying you were arresting him after you pushed him?” Eduardo Perez said. “And then you say he’s resisting? How was he resisting, you never came for him?”

Perez is now pursuing a misconduct case against the department.

While challenging the officer was a terrible idea, it doesn’t necessarily constitute a crime. As TFTP has previously reported, yelling and even swearing at police are protected forms of speech, so the officers’ reaction to Perez in the video below appears entirely out of line.

“I feel like I was not in the wrong at all. To give me charges for something that I didn’t do, and then on top of that for [putting me] through the situation and going through the pain and headache, I didn’t have to go through that, you know,” Perez said.