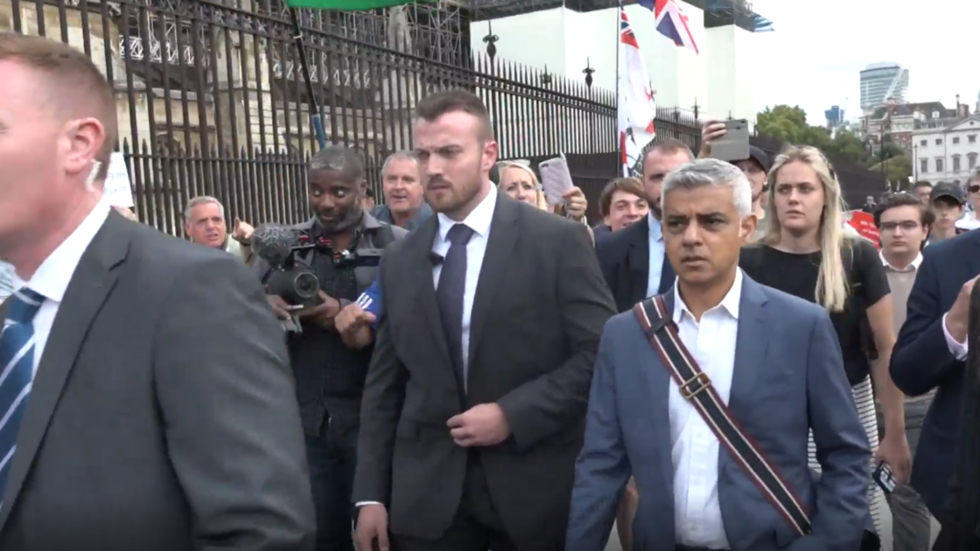 London Mayor Sadiq Khan came face to face with a slew of unhappy citizens outside the UK parliament as pro-Brexit demonstrators urged him to vacate office through the medium of song.

A gaggle of Brexit supporters surrounded the Labour politician as he made his way into the Palace of Westminster, flanked by aides and security personnel.

The group broke into a chant that included the lyrics “we need a new Mayor of London,” “he can’t deal with crime,” and “it’s time for you to go” as the apprehensive looking mayor hurried along his way.

Khan has repeatedly faced criticism for his apparent failure to get to grips with London’s rising knife crime. US President Donald Trump previously branded Khan a “disaster” and “national disgrace” on Twitter while former Oasis frontman Liam Gallagher also accused him of “not doing a good job.”

The knife crime epidemic shows no signs of abating as there have been 90 homicides in London since the start of 2019. The shocking figure comes hot on the heels of the UK capital’s bloodiest year in a decade when 132 people were murdered last year.