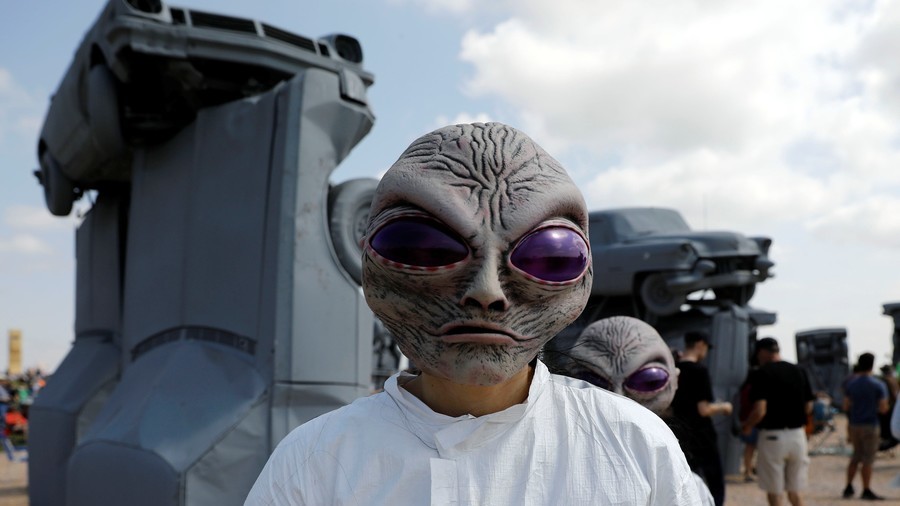 A UK woman has sent the internet wild with footage of what appears to be an alien-like worm rat invading her home. Filmed in Portsmouth, the bizarre creature has been compared to a monster from hit sci-fi show ‘Stranger Things’.

In the Netflix drama, residents of a fictional US town are spooked by a number of bizarre anomalies, including the discovery of gruesome alien life teeming below ground and under their homes. Rebecca Deen has now recounted her own ‘alien’ experience in the UK, which occurred in a porch at her house in Portsmouth.

According to Deen, the brown and limbless animal with a long spindly tail was spotted sliding near a skirting board on the floor of her home.

“Found this slithering in my porch… any ideas… feel like I’m in an episode of Stranger Things,” Deen said in a Facebook post, which has since been viewed more than 28,000 times.

In Deen’s footage, the bizarre oblong shape creature can been seen moving using it’s stomach, with a girl in the background heard to worryingly ask: “What is it?”

The clip has since garnered massive interest online and scores of internet denizens have proffered up opinion and some ideas what it could be.

“That is possibly the most disgusting things I have ever seen,” said one commenter. A second person added that the creature looked like an extraterrestrial. “I would check your garden for any signs of a spacecraft landing,” they said.

“100% something from the other side,” Shanna Watson claimed. Another Facebook user advised Deen to get a blowtorch to destroy the animal.

But as is normally the case with peculiar sightings, there may be a more reasonable explanation. It’s been suggested that what Rebecca Deen actually saw was a larvae species like a rat-tailed maggot, which can grow more than 4 inches in length.