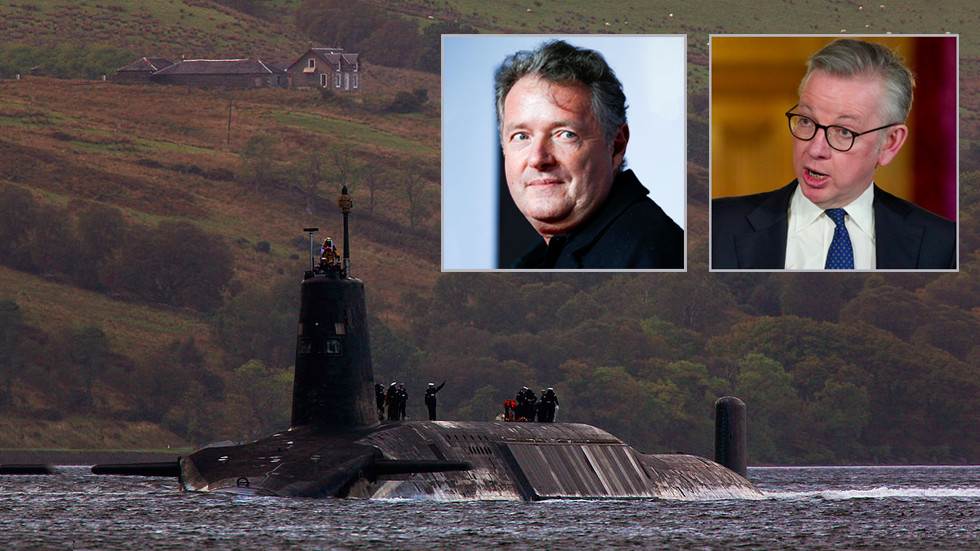 Bombastic TV host Piers Morgan’s probing of Minister Michael Gove about who’s in control of the UK’s nuclear weapons while the PM is being treated for Covid-19 has divided Twitter.

Some social media users praised the interview, while others branded the question about the country’s nuclear arsenal as “stupid.”

Morgan appeared very concerned about who had access to the UK’s big red button as he clashed with Gove on Good Morning Britain. However, the Cabinet Office minister refused to be drawn on the incendiary question, prompting fierce debate on Twitter.

Morgan pressed him on the issue, pointing out that there was a clear chain of command in the US if the president is incapacitated, with the VP immediately assuming control.

Gove retorted by simply saying: “I know you’ll think this is just another politician refusing to answer the question, well I am. I hope I’ve been clear, Dominic Raab is in charge. We don’t talk about national security measures.”

Many regarded the ITV journalist’s line of inquiry as needlessly provocative, with one branding it “bloody stupid,” and describing Morgan himself as a “performing pr**k” for bringing it up.

Those of that view praised Gove for his diplomatic response to the question, suggesting Morgan was being needlessly alarmist.

However, others lavished praise on the exchange, describing it as “brilliant, concise and to the point,” clearly believing the issue of who’s finger was on the trigger to be of critical importance at this time.

Just hours after the interview, it was revealed that Gove would himself be isolating after a member of his family began showing symptoms of coronavirus.