Theresa May faces a make-or-break month. With talk of leadership challenges, critical Commons votes on Brexit and a landmark European…

Theresa May faces a make-or-break month. With talk of leadership challenges, critical Commons votes on Brexit and a landmark European Council meeting; some are asking whether June is the beginning of the end for the PM.

Theresa May has had, to all intents and purposes, a somewhat rocky ride since her Tory party’s disastrous result at the 2017 general election which saw the Conservatives’ outright majority disappear – and with it any chance of pushing through a ‘hard Brexit.’

The most pressing issue for May to contend with is the return of the EU Withdrawal Bill to the House of Commons, after the Lord’s defeated the government 15 times. The Sun has reported that the bill will be put in front of MPs in the week commencing June 11, with No.10 hoping the 15 Lords amendments will be voted down. 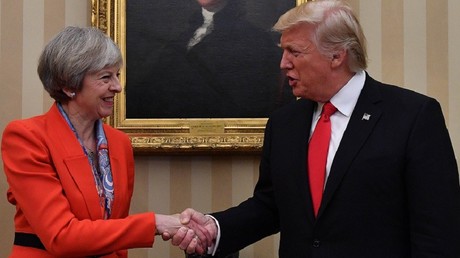 These votes are being taken so seriously by May that all leave has been postponed for early June, reports Politics Home. She has a huge task on her hands to avoid any defeats that could sternly test her authority as prime minister.

The Sun reports that a group of at least 15 pro-EU Tory backbenchers, that includes Anna Soubry, Nicky Morgan and ‘father of the house’ Ken Clarke, have vowed to back amendments to the bill on issues such as the customs union. The fragility of May’s government on these crucial Brexit votes is stark, and she knows that just 10 Tories voting with Labour and other parties would defeat the tiny majority supplied by Northern Ireland’s DUP.

If May was to surrender to Tory remainers’ demands on amendments to the Brexit Bill, then she has the prospect of facing the wrath of the hardline, European Research Group (ERG), Brexiteers, who are not willing to compromise the independence of Britain’s ability to trade with the rest of the world.

Brexiteers such as Jacob Rees-Mogg is hotly tipped to be the Conservatives’ ‘Jeremy Corbyn’ candidate in any future leadership election. Writing in the Daily Express, Rees-Mogg reaffirmed his rejection of a customs union and warned that any government defeats on the EU Withdrawal amendments would strengthen the EU’s hand in negotiations.

He writes: “The EU will demand the UK stays in the customs union, accept their laws, regulate our own economy in the EU’s interest rather than our own and deny us the ability to forge new trade links.” 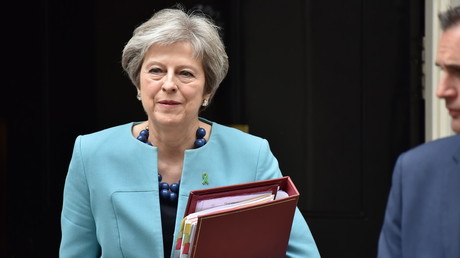 Politics Home reports that senior Tories are supposedly planning to install Michael Gove, the current environment secretary, as a caretaker prime minister, with Ruth Davidson MSP taking on the role from 2021, due to growing restlessness at the lack of progress on Brexit.

According to one senior Conservative, ‘pro-Brexit’ Gove “wants to be the leader, but he also accepts he can’t fight a general election. He knows he’s toxic to too many voters after his education reforms and running the Leave campaign.

“Ruth can and should fight the 2022 general election for us, as she’s got it all. But we need to fill the gap – and Michael can do that.”

In a move that could be seen as a challenge to May’s authority, Davidson, the Scottish Conservative leader, recently challenged the PM’s stance on Brexit, immigration policy, taxation, and spending priorities, in a speech in Glasgow. On Brexit she warned May not to “wind the clock back to some mistaken golden past.”

In a past apparent dig at the PM, Davidson said: “We look a bit joyless, a bit authoritarian sometimes. We don’t get to win if we start hectoring the people we need to vote for us.”

In April, EU chief negotiator Michel Barnier insisted that Britain and the EU must reach an agreement on the key points of the NI border issue by June, when the EU council are next scheduled to meet on the 28th to discuss Brexit.

Barnier said: “We need to agree rapidly by June the scope of alignment, what I call the safety controls that are … to respect the single market.”

May’s cabinet have still to reach a consensus on this hugely problematic issue. They are split on the best option to avoid a hard border in Northern Irish. The preferred option of the PM, being a “customs partnership” set against Brexiteers in the cabinet’s favoured “maximum facilitation” solution.

To throw another spanner in the works for May, The Sun reports that Brexit Secretary David Davis has been drawing up plans for a 10-mile “buffer zone” area around the 310-mile border, under which businesses could operate under both UK and EU rules simultaneously. Davis’ proposal has been mocked as “fantastical” by pro-remain MPs, reports the Independent.

It will take some effort from May to please her cabinet, backbench Tory MPs and the DUP when it comes to the Customs Union and Northern Ireland – a resolution on which, some may argue, her premiership depends. A toxic Brexit cocktail containing leadership challenges and parliamentary vote defeats could just trigger the end of May in June.