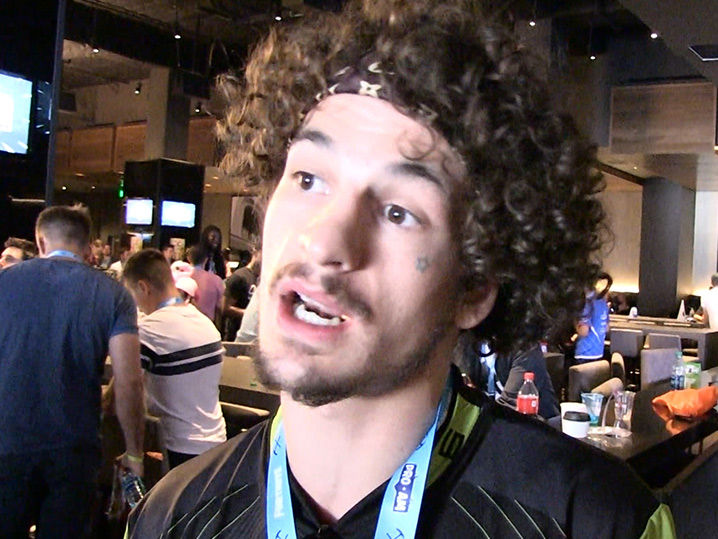 UFC's Sean O'Malley I Love Wiz Khalifa, But … You'd Get Wrecked In UFC

Some real talk from UFC rising star Sean O’Malley … who tells TMZ Sports he’s a BIG fan of Wiz Khalifa, but knows the dude would get crushed if he took a real UFC fight.

Remember, Wiz has been training like crazy at Jay Glazer‘s Unbreakable gym — and even UFC champ Tyron Woodley says he’s been very impressed with the rapper’s fighting skills.

In fact, Wiz told us he believes he could compete in a pro MMA fight — but won’t do it unless someone offers a TON of cash.

But, O’Malley says when push comes to shove … Wiz has “no chance” in a real UFC fight and gives the hard truth about why Khalifa would get smoked for real.

It’s not personal, O’Malley’s just being honest … and tells us he still REALLY wants to smoke with Wiz.

There’s more … O’Malley also updates us on his recovery from his foot injury and tells us why he’s become a force to be reckoned with when it comes to Fortnite.