Spread the love Marshall County, TN — In millions of instances across the ostensible Land of the Free, people from… 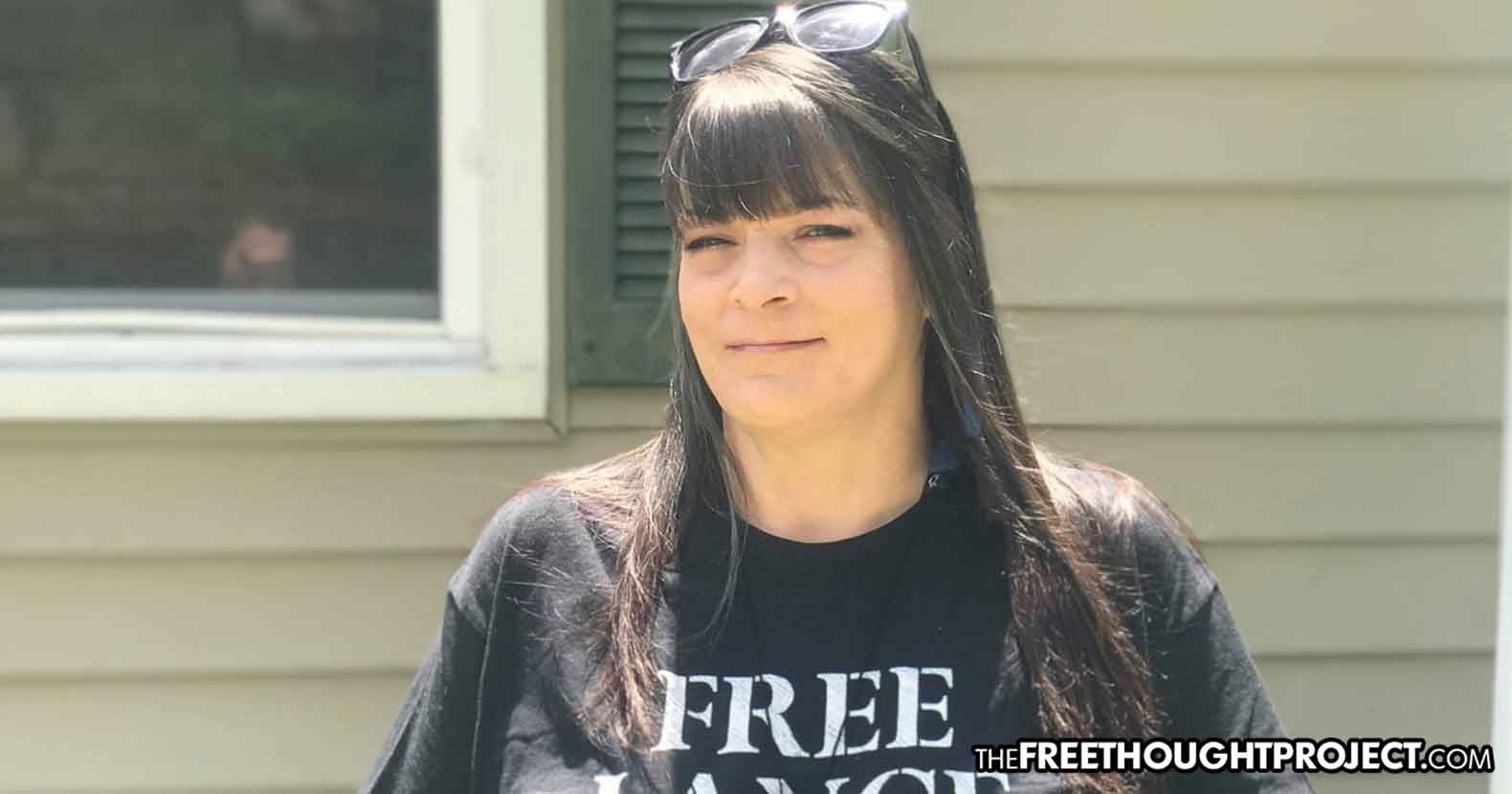 Marshall County, TN — In millions of instances across the ostensible Land of the Free, people from young to old have their lives turned upside down and ruined after they are caught in possession of a plant. Despite marijuana being legal in a growing number of states, marijuana arrests actually increased in 2018. The low hanging fruit of arresting entirely harmless and innocent marijuana users provides for a constant stream of revenue and justifies the existence of the police state and predatory court system. One woman in Tennessee, however, just showed us all what can happen when you refuse to lay down and let the bureaucratic gear of tyranny grind you to pieces when the government catches you with weed.

Melody Cashion, like thousands of other Americans, on a daily basis, was targeted for extortion for an alleged traffic violation in October 2017.

“It was supposedly a rolling stop,” said Cashion.

When the officer pulled her over, he claimed to smell weed and then threatened to search Cashion’s vehicle. In Tennessee, if a police officer claims to smell marijuana, they do not need a warrant to search your vehicle, so Cashion saved the officer some time and handed over her tiny bag of this illegal plant.

Cashion is not a recreational smoker. This plant arguably saved her life by weaning her off opioids and treating her medical condition. In an interview with The Free Thought Project, Cashion explained why she used started to use marijuana.

I was on opiates for 20 years, thought with my chronic pain I would be on them for life. The doctors told me I would be on them for life. I have a rare type of hereditary neuropathy and was not correctly diagnosed until I was 35. I always thought when they finally figured out what was wrong there would be some kind of treatment. Currently there is no treatment only symptom management. It had gotten to where the meds weren’t controlling the pain anymore but when I didn’t take them I would go into withdrawal. I started weaning down using cannabis and got discharged for it. Discovered the plant kratom, and with it and cannabis have been off all prescriptions for 2 1/2 years.

Cashion’s story mirrors that of thousands of other folks who have beaten their opioid dependencies through the use of marijuana. Despite this incredible plant saving her from a lifetime of addiction to opioids, and a possible deadly overdose, the officer still arrested and charged her. She had harmed no one.

Prosecutors told Cashion that she was facing nearly a year in prison for the tiny amount of marijuana in her bag — less than one gram.

“They basically told me I had no defense,” Cashion explained.

When faced with the possibility of a year in a cage, many people would take a plea deal — even if they didn’t commit the crime — and get probation. But Cashion was determined to fight this.

“Everybody thought I was crazy,” she said. But she wasn’t. Cashion tells the Free Thought Project why she fought the charges:

I was determined to fight the charges, even though I couldn’t afford an attorney. There was a local attorney who I knew was sympathetic to my cause and believed in jury nullification that decided to take my case pro bono. The case went on for a year, it was rough, I knew I was taking a big gamble. During this time they claimed I had an old violation of probation charge and jailed me for 46 days. I got out two weeks before I was set for trial. I was offered 18 months probation but knew that would involve drug tests that would not allow me to use cannabis. I refused to take a plea. We learned that TBI didn’t have the equipment to test percentage, so my attorney asked the charges be dropped since they couldn’t prove it was an illegal substance.

According to News Channel 5, Cashion’s attorney had taken note of Operation Candy Crush in Rutherford County, where charges were dropped after prosecutors could not prove the level of psychoactive THC in cannabis gummies. It must be higher than .3 percent to be illegal. The TBI does not test misdemeanor cases — less than a half ounce of cannabis.

Because Cashion had less than a gram, the prosecution had no case as they couldn’t prove her plant was illegal. The prosecution held the case over her head until the very last minute, likely thinking that she would accept their arrangements, but Cashion stood her ground.

“Charges were dropped 2 days before it was set for trial,” she tells TFTP.

Just like that, Cashion fought the law, and unlike the song, the law didn’t win. Now, because Cashion was brave enough to stand up to the system, thousands of other people in the state facing weed charges can successfully challenge their charges too and save themselves from this stain on their record following them around for the rest of their lives.

Cashion tells TFTP that she is still in a mountain of debt from fighting this madness. If you’d like to help her out, you can do so via paypal here.

Democrats Are In A Bind … Impeachment Hysteria A Huge Distraction

Under The Radar: Why Are So Many Nations Going For Gold?

Adding Gasoline To The Student Debt Fire: Blame The Fed!