London’s Metropolitan Police are hunting a man who sliced across a woman’s bottom with a sharp object, in a random… 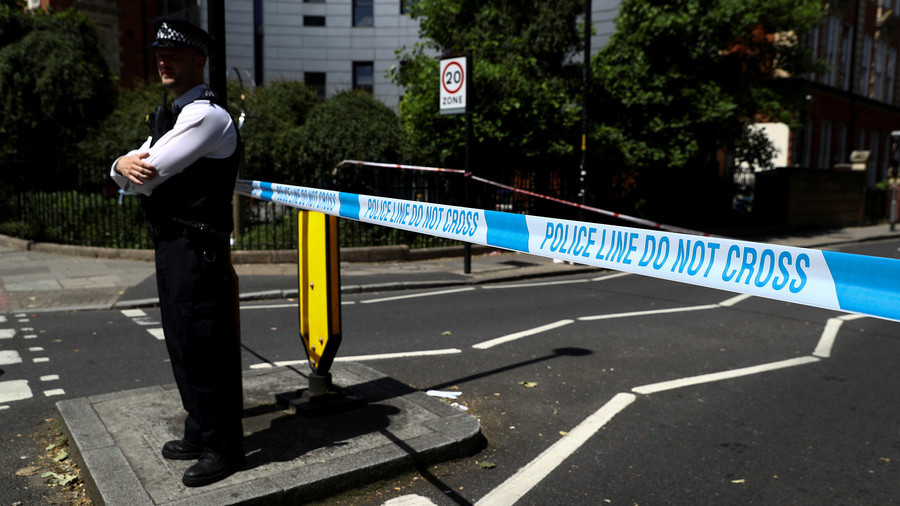 London’s Metropolitan Police are hunting a man who sliced across a woman’s bottom with a sharp object, in a random attack, leaving her needing hospital treatment, the Evening Standard reports.

Detectives have released CCTV footage of the moment the attacker follows the unsuspecting woman to the entrance of a flat on Craven Terrace, Westminster, before cutting across the victim’s bottom from behind. The assault took place on October 28.

On the evening of Sunday, 28 October 2018, the victim was entering a flat on Craven Terrace when a man came up behind her and slashed her across the bottom with a sharp object, before quickly fleeing the scene. Anyone with any info is urged to call police on 020 7321 7620 pic.twitter.com/iIYCdswmUI

The woman, believed to be in her 20s, is seen turning around and grabbing the point of contact, by which time the perpetrator, who had barely broken stride, flees the scene.

The attacker, who is described as medium-to-tall in height was wearing a large jacket and hat at the time of the incident. Police have not identified the weapon used in the attack, but have described it as a “sharp object.”

Scotland Yard say the woman suffered a superficial wound which required hospital treatment. Police are urging any witnesses to come forward. Detective Constable Yousuf Bhamjee, commenting on the assault, said: “This assault has had a significant impact on the victim.”

It comes as a UK parliamentary briefing paper released earlier this month showed between March 2017 and March 2018, there were around 40,100 offenses involving a knife or sharp instrument in England and Wales – the highest number in eight years.