Most Americans have been shielded from the effects of the so-called government shutdown. Post offices continue to run; the federal… 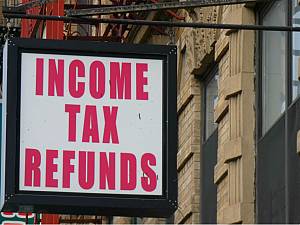 Most Americans have been shielded from the effects of the so-called government shutdown. Post offices continue to run; the federal drug war rages on; the regulatory state thrives. If the shutdown continues through tax season, though, it could have a very serious impact indeed.

Though the government continues to dip its hand into Americans’ hard-earned funds, The Wall Street Journal reports that early filers will likely not see their refunds so long as the government remains shut down. But fear not! While the Internal Revenue Service currently lacks the funds to process refunds, it is fully prepared to process tax returns that include payments to the government.

While this is less of a concern to later filers, the report notes that lower-income households often rely on early refunds to pay debts or make larger purchases. Indeed, many retailers count on people to spend more money in February.

The partial shutdown began in the days leading up to Christmas, thanks to President Donald Trump’s insistence on adding $ 5 billion for a border wall to a congressional spending package. Trump will have an even harder time pursuing funding for his wall in 2019, now that the House is under Democratic control.

In the meantime, we’re stuck with a “shutdown” that fails to shut down the parts of the government that take people’s money.

Don’t Wait! The National Debt Is Only Getting Worse