The UK government claims that a second EU referendum would take over a year to organize, according to official ministerial… 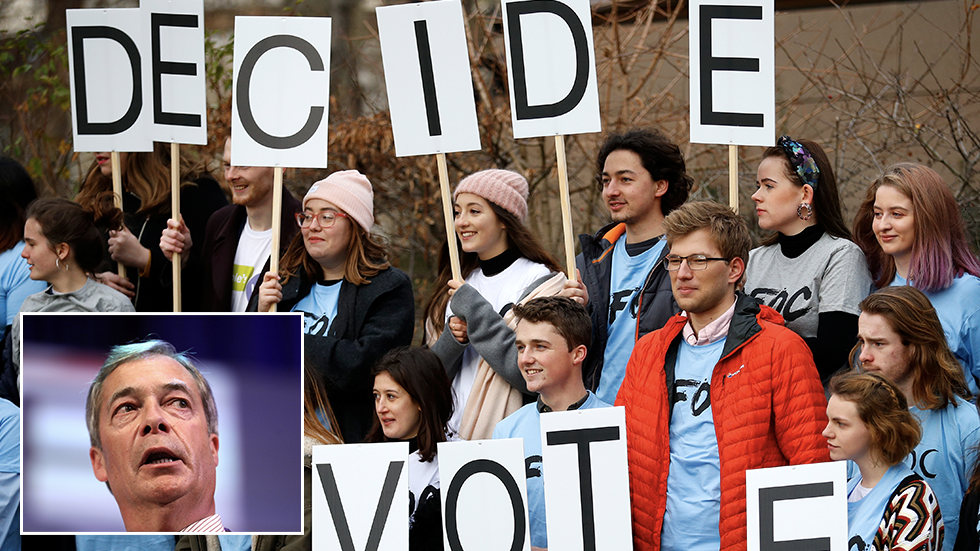 The UK government claims that a second EU referendum would take over a year to organize, according to official ministerial guidance leaked to the media, as Nigel Farage hints at returning via a different “vehicle.”

The Telegraph’s chief political correspondent Christopher Hope, took to social media to tweet that he had been given the official guidance drawn up by civil servants at the Cabinet Office. According to the leaked document, it would take a minimum of 14 months to pass the necessary legislation through parliament to carry out a second referendum.

I have got hold a copy of the guidance setting out why it takes 12 months to organise another EU refrendum. You can read it for yourself here: https://t.co/5iBxHvkxKR

Pro-EU campaigners and politicians such as Caroline Lucas from the Green Party, the SNP’s Nicola Sturgeon and the Liberal Democrats’ Vince Cable, have all urged UK PM Theresa May to keep the possibility of a second EU referendum on the table. May has been hostile to the idea up to now.

A number of MPs have rubbished the government’s estimations, including some of their own Tory politicians. Prominent ‘people’s vote’ advocate, Dominic Grieve MP, called the timetable wrong and said that the government “must be aware of it themselves.” Another, Dr Phillip Lee, who resigned his frontbench post over May’s Brexit deal, labeled the guidance “nonsense.”

Nonsense. It’s high time we dealt in facts. We can hold a referendum much more quickly if the Government commits to this solution that’s fair as well as swift and gets behind it. People have a #RighttoVote on this & it’s a sign of desperation that the Govt is trying to deny them https://t.co/CtWH0h8WX6

It comes as former UKIP leader Nigel Farage, who quit the party in December, has said that he fears the UK is heading towards another referendum and that he is willing to fight another campaign – not with UKIP, but via an alternative “vehicle.”

Farage told Sky News: “I think, I fear that the House of Commons is going to effectively overturn that Brexit. To me, the most likely outcome of all of this is an extension of Article 50. There could be another referendum.”

May will present her ‘plan b’ Brexit proposal to parliament on Monday, with MPs voting on her alternative plan on January 29. She’s been urged by many MPs to remove her redlines to get a deal through the House of Commons.