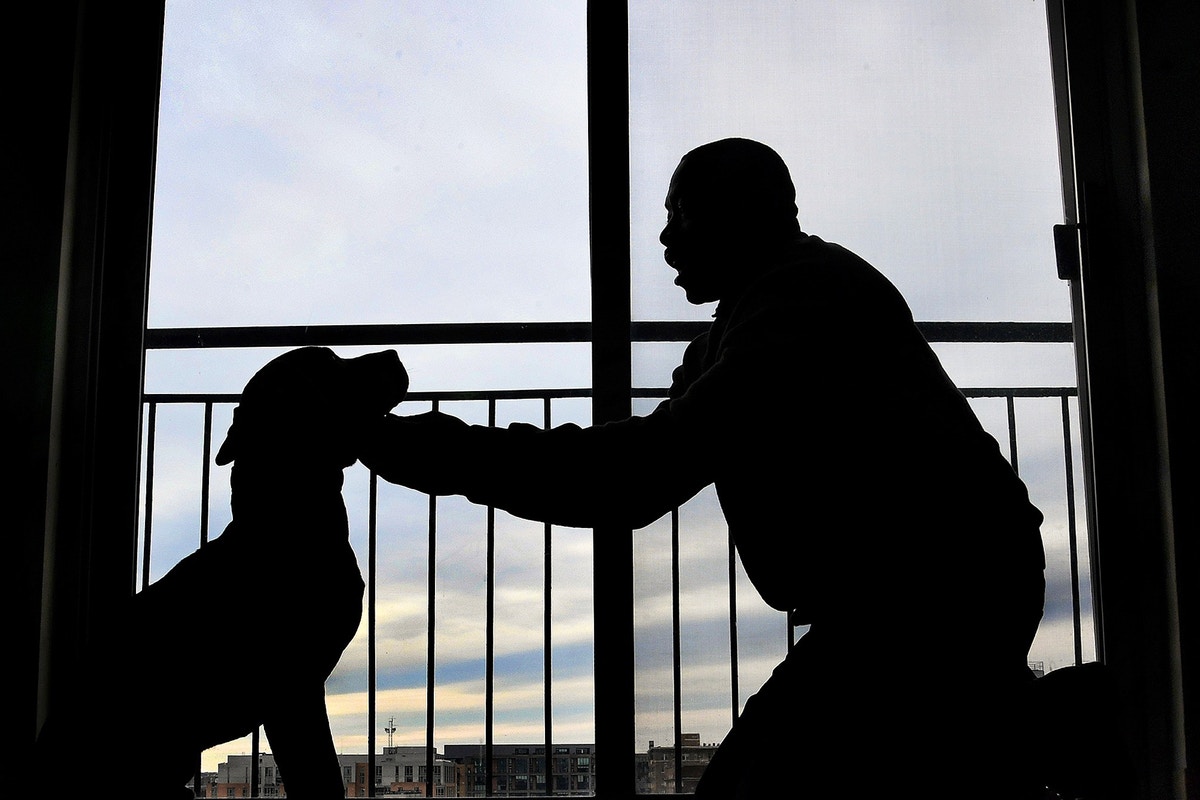 The Department of Housing and Urban Development is moving forward with a proposal that could limit people’s right to live with so-called emotional-support animals under the Fair Housing Act.

As the landmark civil rights law that protects against discrimination in housing currently stands, individuals can keep emotional-support animals in their homes free of cost, provided that a trained professional certifies that the animal could help them cope with mental or physical issues. (A separate federal law, the Air Carrier Access Act, permits passengers to travel with their emotional-support animals on planes.) These laws have grown increasingly controversial in recent years, as a result of news reports about healthy pet owners exploiting legal accommodations to bring their pets on flights and into restaurants. Many landlords have also grown skeptical of those requesting to bypass “no pets” policies, suspecting that fraud is afoot.

As a result, housing industry groups have been lobbying HUD to crack down on suspected animal abuse, and they complain that the existing set of rules is too difficult for the average housing owner to understand. Civil rights groups meanwhile have pushed back, conscious that many landlords would love to keep their buildings animal-free however possible and recognize that many individuals struggle as is to have their right to an emotional-support animal taken seriously.

The National Apartment Association is “strongly supportive of disabled persons’ right to reasonable accommodations,” said Nicole Upano, the group’s director of public policy, but they have been asking HUD for clarity on how to handle these requests. “We would like for the average on-site staff person to be able to navigate this issue, but right now you really have to have a law degree,” she said.

As The Intercept reported last year, Anna Maria Farías, the federal assistant secretary for fair housing and equal opportunity at HUD, decided to prioritize cracking down on alleged emotional-support animal fraud. For at least the last year, HUD has been working on new administrative guidance on emotional-support animals, which would essentially be a document laying out the agency’s expectations for how the law should be interpreted and applied. Federal guidance does not carry the same legal power as laws or regulations, but, in this case, it would send a strong signal to landlords and tenants about how the federal government intends to enforce the Fair Housing Act.

“The guidance is probably going to make it a little harder for someone who wants to verify the need for animals, and they will probably cut back a little on some non-domesticated exotic animals,” said Ken Walden, a disability rights attorney with the Chicago-based Access Living.

Brian Sullivan, a spokesperson for HUD, said that the agency is currently circulating the proposed guidance among other relevant agencies, like the Department of Justice, for review. The next step would be to submit it to the Office of Management and Budget for approval. This would be at least the second time the Trump administration’s HUD tries to get guidance on emotional-support animals through OMB. In November, HUD submitted a different version of the guidance to OMB, titled, “Applying the Fair Housing Act to Decide Whether a Person’s Request to Have an Animal as a Reasonable Accommodation Should Be Granted,” but quietly withdrew it in late February. Sullivan said the guidance was removed to do more interagency vetting.

Unlike service dogs, which are permitted under the Americans With Disabilities Act and can be taken to most public places, emotional-support animals under the Fair Housing Act and the Air Carrier Access Act do not have to be trained to perform specific tasks and can only be kept at home or brought on planes. They are considered a legitimate coping method for physical and mental health issues, including anxiety, depression, and post-traumatic stress.

Civil rights advocates say that cracking down too harshly on phony service animals can further stigmatize mental health issues, while also reinforcing the idea that medication is the only appropriate response to mental illness. As of 2019, 24 states already have laws on the books criminalizing the misrepresentation of pets as service animals, and advocates worry that more restrictions from the federal government could deter individuals who have a legitimate need from seeking assistance.

When civil rights advocates first learned that HUD was considering this measure last year, they requested meetings with agency officials and their requests were ignored, even though HUD was meeting with representatives from the housing industry about the issue. Last spring, however, they finally got through. In May, Waldman and his Access Living colleagues Marca Bristo and Mary Rosenberg held a phone call with HUD representatives to spell out their concerns. They followed up with a detailed letter to HUD, laying out a number of fears, including that HUD might impose unfair restrictions against certain breeds of animals, that HUD might make it too difficult for tenants to verify that they have a legitimate need for an animal, and that HUD might treat certain protected classes differently, such as veterans.

Following that letter, a coalition of national disability rights groups organized to present a more unified front to HUD on these issues. The groups also requested to see the draft guidance HUD was working on, but were denied. The new guidance is expected to replace an older guidance HUD issued in 2013, which concerned what housing providers’ legal obligations are in connection to the Americans With Disabilities Act. More than half of all fair housing complaints concern individuals with disabilities, and nearly half of those involve animal-related issues.

In October, HUD convened a meeting in Washington, D.C., between civil rights advocates and Farías, the assistant HUD secretary; Timothy Petty from HUD’s Office of General Counsel; Lynn Grosso, the director of enforcement for the Office of Fair Housing and Equal Opportunity; Ashley Ludlow, the senior HUD adviser for congressional relations; and members of Democratic Illinois Sen. Tammy Duckworth’s staff. “Senator Duckworth from our state was instrumental in setting the meeting up,” said Waldman of Access Living.

The conversation left the advocates feeling somewhat optimistic. “I’m hopeful that it’s not going to be as bad as we feared last year, but it’s hard to know without seeing the actual guidance,” said Waldman.

One area of particular concern for advocates is whether HUD will further restrict the categories of people and groups that can validate an individual’s need for an emotional-support animal. Current guidance requires the verification of “a doctor or other medical professional, a peer support group, a non-medical service agency, or a reliable third party who is in a position to know about the individual’s disability.” Advocates worry that under pressure from housing industry groups, HUD may limit this to only a doctor or medical provider, which they say would be too restrictive, especially for low-income people. Advocates have stressed to HUD that other providers who aren’t in the medical field, like social workers, case managers, counselors, and even dog trainers can reliably testify to an individual’s need.

Civil rights advocates had concerns at one point that HUD would treat veterans who require emotional-support animals differently than other individuals with disabilities, but they said HUD officials assured them that this would likely not be the case. “We had heard there may be different standards for veterans with PTSD than other protected classes, and it would be easier for them to get verification, but we’re pretty confident at this point that they will have the same standards,” said Rosenberg.

Another takeaway from their October meeting was that HUD will likely not differentiate between types of housing or animal breeds. “We do not expect HUD to issue separate rules for condos versus apartments versus dorms,” said Rosenberg, who added that they also expect there will be consistency applied toward animal breeds.

Advocates do expect HUD to take steps to address the online cottage industry that has cropped up for the sale of cheap documentation to pet owners who then falsely identify pets as service dogs or emotional-support animals — a move that, while justified, also holds risks. Critics of these websites rightly note that this type of documentation can be useful for someone who is living in an apartment building with no disability, but wants to skirt their building’s no-pet policy or its monthly or annual pet fee. Tenants and plane passengers can’t be charged for their emotional-support animals, though regular pets can incur a fee. Cultural fears abound of individuals taking advantage of these sites. One New Yorker article from 2014 identified that the “National Service Animal Registry,” which sells certificates and badges for helper animals, signed up 11,000 emotional-support animals in 2013, up from 2,400 in 2011.

While disability advocates agree that using phony documents to bypass pet rules and faking a disability is wrong, they also caution that there is no concrete evidence of widespread fraud. Still, this is a talking point that industry groups use. “By our count, there are 20 websites that spread misinformation about who should really qualify for an emotional-support animal, and they’re also providing access to a mental health professional and it’s not clear they’ve been licensed anywhere or from where they’re providing treatment to that patient,” said Upano, who noted that sometimes the letters come with a money-back guarantee.

Morgan Williams, general counsel of the National Fair Housing Alliance, cautioned in an interview last year that not everyone who seeks out online documents lacks a legitimate need or even knows that they’re wrong to use.

“Just because someone uses one of these websites doesn’t mean they don’t have a disability,” Williams told The Intercept. “They may have no concept that they’re using a website that other people might deem problematic.”

Waldman said he and other advocates have tried to stress to HUD that while there may be a cottage industry of pay-for-play licensing, at the same time, technology has advanced and many people truly do have online and remote relationships with medical providers, especially in rural areas. Outlawing all online verification, they warn, would go too far.

Upano said her organization would not argue with the perspective backed by the American Psychiatric Association that telemedicine is a low-cost, affordable option for people who need mental health services. Still, she said, housing groups would like clearer guidelines on how to verify the documentation they’re presented with.

“We understand this is a sensitive issue; we understand the housing provider shouldn’t be asking any questions about diagnosis, medical records, but being able to ask the person if they did in fact write the note, and getting that very basic information, is what we heard from our members is the best deterrent to parse out legitimate and illegitimate requests,” she said.

Upano acknowledged that there can be gray areas, in which a doctor will say someone doesn’t need an animal, but they could benefit from having one. While Farías’s team looks at this issue, the federal housing agency has continued to go after landlords who deny tenants their legal accommodations. That’s where HUD’s energy should be focused, advocates say, even if they debate whether the agency has been aggressive enough.

If HUD publishes a guidance that advocates think goes too far, Rosenberg says there are a number of ways to challenge that.