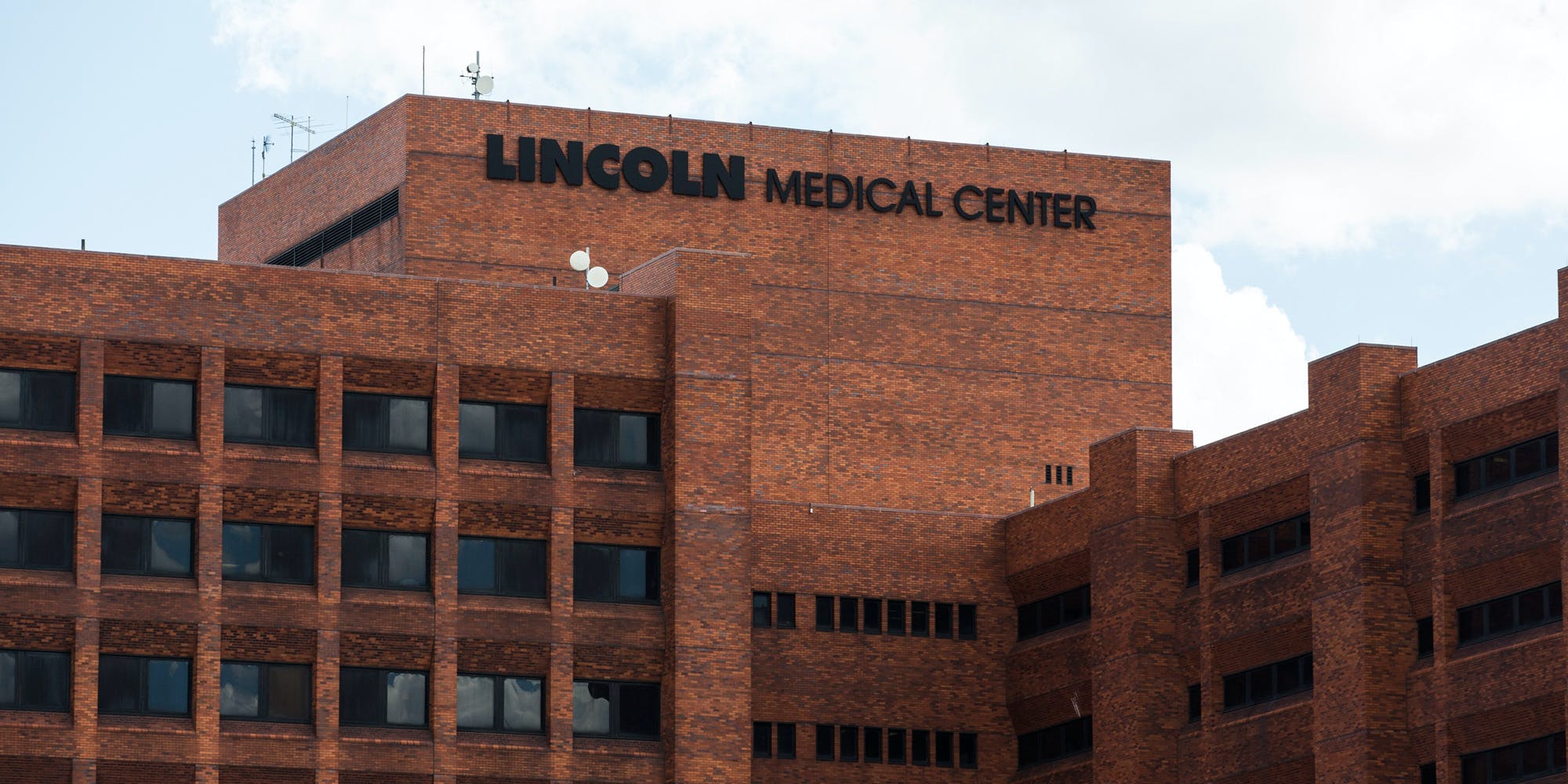 A New York City emergency room nurse is being investigated by her hospital for sharing footage with The Intercept of her and her colleagues describing their work caring for patients dying from coronavirus while facing shortages of protective equipment and lifesaving supplies. She could face discipline and temporary suspension over an alleged violation of federal law.

On April 21, The Intercept published a video that featured footage provided by Lillian Udell, who works at Lincoln Hospital in the Bronx, the busiest emergency department in New York City, even before the coronavirus pandemic. Two of Udell’s colleagues spoke about Freda Ocran, a 50-year-old former head nurse at  Jacobi Medical Center’s psychiatric unit, who died of coronavirus at Lincoln on March 28.

“If we had the government behind us, to provide us the resources that we need, I think Ms. Ocran would probably still be alive,” one nurse says in the video, followed by footage from a CBS segment on Ocran. Like many New York City hospitals, Lincoln faced ventilator shortages as the coronavirus pandemic peaked, and health care workers were asked to reuse protective equipment like masks.

Ocran’s death by that point had become national news, with her family speaking to CBS News and the New York Post soon after she died. The Washington Post profiled her this week. But hospital administrators are pointing to the references to Ocran as grounds to investigate whether Udell violated federal health information privacy laws, also known as HIPAA.

In addition to allegedly violating HIPAA, hospital administrators have sent Udell notices about violating policies pertaining to speaking with the press and using social media. (Udell does not have any social media accounts.)

Stephanie M. Guzmán, a spokesperson for the hospital system, declined to answer questions about Udell’s case. “At NYC Health + Hospitals, patient privacy and confidentiality is a top priority and we have zero tolerance for any member of our workforce who violates that trust,” Guzmán wrote in a statement. “We cannot comment further on this individual case.”

The investigation into Udell highlights a number of contradictions within the hospital, which has made internal and public statements encouraging staff who spoke with reporters. Hospital President Dr. Mitchell Katz was quoted in a  companywide email sent on April 13 applauding Nurse Kelley Cabrera, a close friend of Udell’s, who spoke to CBS’s “60 Minutes” for an April 12 segment. The same day, Katz shared a link to the segment on Twitter, writing, “We applaud the bravery of frontline providers like Dr. Sheldon Teperman and Nurse Kelley Cabrera from @NYCHealthSystem Jacobi who spoke to @60Minutes. We support their advocacy for more supplies to protect #HealthCareHeroes in NYC and across the U.S.”

Asked about Udell’s situation, Katz said he could not comment on a specific employee, but he confirmed to The Intercept that employees in the public hospital system he oversees are free to speak to the press. “We do not discipline people for speaking to the press. We feel strongly that our employees retain their first amendment rights. I have read numerous comments from my staff of all kinds—some positive and some negative—sometimes they told us and sometimes they did not,” he wrote. “Our employees of course cannot disclose any patient information or images without signed consent of patient.”

In a statement, Pat Kane, the executive director of the New York State Nurses Association, of which Udell is a member, defended her right to speak out. “We are fundamentally committed to the rights of our nurses to speak publicly on matters important to the public’s health. What’s more, by the terms of their licensure and the very calling that brought them to the profession, nurses are patient advocates,” Kane wrote. “Given the public health crisis that the COVID-19 pandemic presents, the need of our [registered nurse] members to speak out for the protection of public health could not be greater.”

Udell was informed of the potential press policy violation on Tuesday, after receiving notices regarding the social media and HIPAA policies in late April. She has not yet been officially charged with a policy violation, though she had a call with hospital administrators regarding the investigation on Monday. The hospital has 18 months to investigate the supposed policy violations, but Udell believes she’ll hear within two weeks what, if any, charges she will face, based on conversations she’s had with her union representative.

“I think they are definitely going ahead with everything,” Udell told The Intercept, citing conversations with her union representative. “She said they tend to … it’s like a moving train. Like once they start moving it, they don’t stop.”

The hospital’s HIPAA privacy policy prohibits employees from capturing patient information “via the use of photography, video or audio recording.” On April 10, the hospital sent staff an email on HIPAA policy and guidelines regarding patient photography and recording. The policy prohibits taking or sharing videos or pictures of patients or patient information, regardless of whether they can be identified.

The footage that Udell provided and that The Intercept published did not include any videos or pictures of patients. “Every time the phrase ‘photography and recording’ is mentioned, it’s defined as indicating the capturing of patients or PHI, not recording staff speaking,” she said, referring to the hospital policy.

On April 22, the day after The Intercept published the video, the hospital sent staff another email with policy details on frequently asked questions regarding media access to patient information, and social media. The email notes that the hospital system supports staff’s right to speak openly about experiences without sharing patient information, and that they don’t need permission to document stories for news organizations.

The hospital also asked Udell to turn over the footage she shared with The Intercept, stating she was obligated to comply under company policy. She has not done so.

Administrators have also asked Udell whether she was aware that Ocran was a patient at Lincoln, and whether she got permission from Ocran’s family to mention her in the video. Udell knew about Ocran from prior reporting, and as a colleague of some of her colleagues.

One administrator told Udell that the hospital was concerned about emotional distress to Ocran’s family, and whether or not the family could sue them.

Udell’s colleagues say it would be a step too far for the hospital to charge her with a HIPAA violation. “I can see if the family had already shared their story publicly, to reshare it,” said Calvin Sun, an emergency room doctor who works in the same hospital system, including at Lincoln. “It is a stretch.”

Sun himself has been praised by hospital administrators for speaking publicly about his experience dealing with the coronavirus. “Nobody really gets in trouble. And every administrator is like, ‘This is great, we’re getting support from this public. We’re getting donations.’”

Cabrera, the nurse who appeared in the CBS News segment, said hospitals are weaponizing HIPAA to avoid bad press, as health care workers in New York City and elsewhere face overwhelmingly difficult work conditions. “I feel like a lot of hospitals are using HIPAA almost under the guise of patient protection and safety, and privacy safety. But really it becomes more apparent to me, at least, that HIPAA is kind of being used to gag people,” Cabrera said on Thursday, as she was driving with Udell to a protest at the infamous Rikers Island jail. “We’re all experiencing the most difficult working conditions we’ve ever faced. And everybody who is speaking out is doing so to advocate for patients, ultimately. It looks like hospital administrations tend to run to HIPAA for their protection, not so much patient protection.”

Trump’s “Deal of the Century” Will Use Sanctions, Military Threats to Force Palestinian Acceptance

#STANDWITHISSA: Issa Amro Stood Against Israel’s Settler State and is About to Pay a Heavy Price