The assassination of six Jesuit priests in El Salvador 30 years ago this month was the last great crime of the Cold War. It happened on November 16, 1989, a week after German protesters began demolishing the Berlin Wall. As communism was dissolving, an elite Salvadoran military unit moved into the University of Central America, or UCA, campus where the priests lived. The soldiers forced the men in their nightclothes into the garden outside their residence and executed them, along with their housekeeper and her daughter.

The orders came from the CIA-advised Salvadoran military high command. The chief target was Ignacio Ellacuría, a canny Spanish-born priest who served as an interlocutor between the right-wing government of President Alfredo Cristiani and the leftist commandantes who had laid siege to San Salvador, the capital. With communists bidding for a share of power, the Jesuits were defined as an imminent threat to national security and eliminated. American mythology notwithstanding, the Cold War did not end peacefully everywhere.

American mythology notwithstanding, the Cold War did not end peacefully everywhere.

While the killing of the Jesuits now barely registers in American memory, its legacy can be seen along America’s borders. Shattered by the civil war that culminated in the killing of the Jesuits, El Salvador is a failing state, where impunity, gang violence, and poverty fuel constant migration to the north. Trump’s America now reaps what the Reagan and Bush administrations sowed a generation ago.

The murder of the Jesuits and its destabilizing legacy is brilliantly evoked in “November,” a quiet and disturbing novel by Salvadoran writer Jorge Galán. Published to acclaim (and death threats) in Spanish in 2015, the new English translation recreates the events of 1989 with intimate detail and imaginative sympathy.

In a telephone interview, Galán told me he wrote the book for a generation of Salvadorans who barely know of a formative event in their national history. “I thought it was a story in danger of being lost to young people,” he said. Neither a polemic nor investigation, “November” is a meditation on atrocity and martyrdom, written with the prose of a poet and the pace of a detective novel. 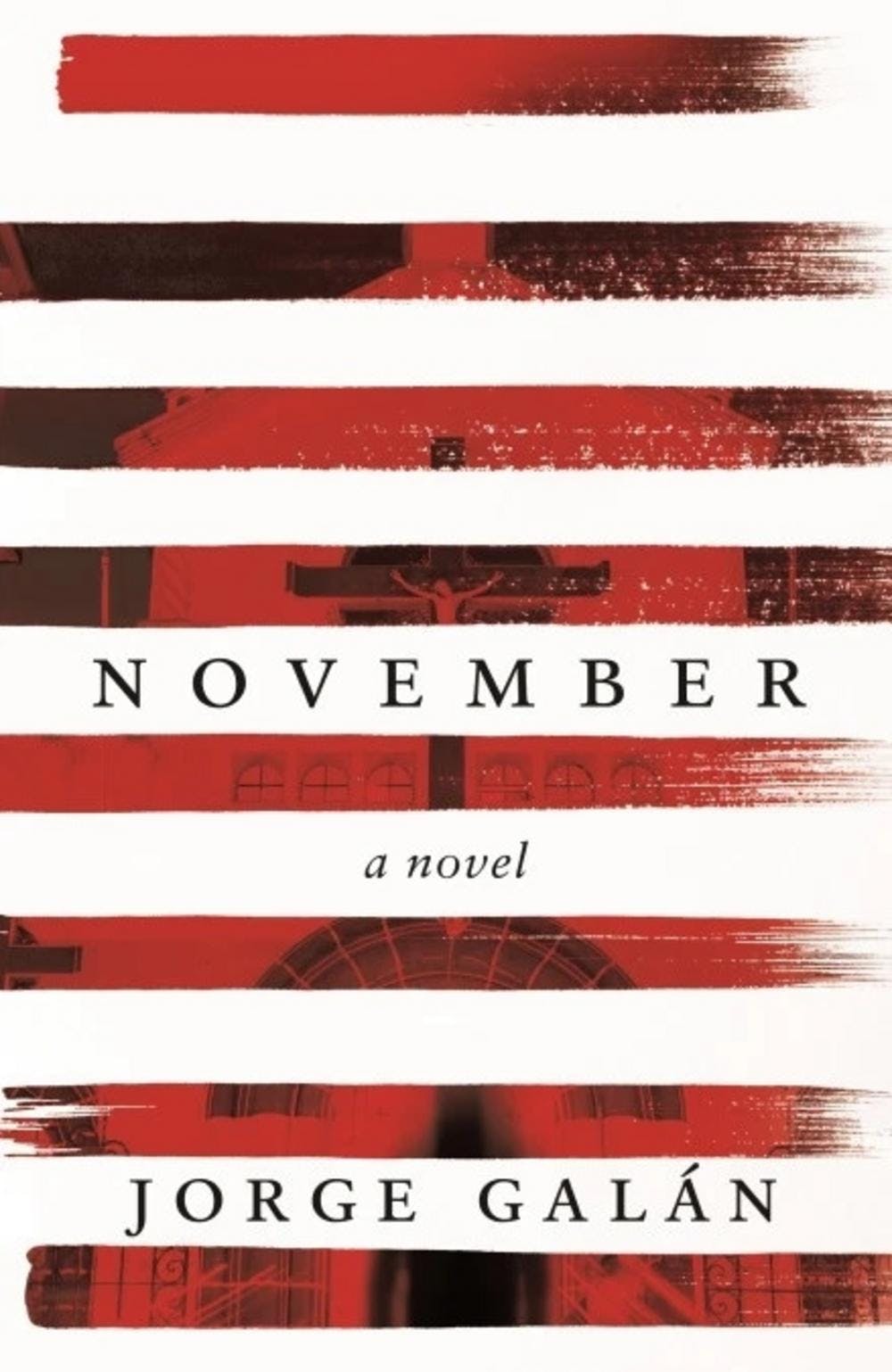 The detective is José Maria Tojeira, who suddenly became the most senior Jesuit in the country. Tojeira, like most of the other characters in “November,” is a real person. Galán uses their true names and the stories they related in extensive interviews; some of the secondary characters are composites of real people. When Tojeira heard the news that his friends and colleagues had been slaughtered, in Galán’s telling, “the ground under Tojeira’s feet seemed to shift as if he were in a pine forest where tangled roots lay concealed under a thick layer of needles, ready to trip the unwary.” Tojeira feels no choice but to accept the burden of seeking justice, knowing full well the reach of the criminals he will have to confront.

Ellacuría had come to El Salvador in 1950 as a 19-year-old seminarian. For the rest of his life, he made it his mission to serve the poor people of his adopted country. As the rector of UCA, he became a mediator in the country’s bloody civil war, which lasted from 1980 to 1992. “Ellacuría was the beginning and the end of the story,” Tojeira says in the novel. “The others merely found themselves in a place where there could be no eyewitnesses.”

But Tojeira had an eyewitness, a woman who worked for the Jesuits named Lucia Cerna. With the city under curfew, she had spent the night in a building next to the Jesuit residence. She saw the soldiers gathering. She heard the undulant prayers of the priests, the final burst of gunfire. When she went outside at daybreak, the bodies of the priests still laid sprawled on the grass under the trees. She smelled blood and gunpowder in the breeze: The “earthy metallic smell was spreading everywhere, clinging to the network of branches.”

As Tojeira investigates, Galán weaves in other characters whose lives were shaped by the violence. In the early 1980s, a widow and her young sons flee a rural war zone for a refugee camp run by Segundo Montes, one of the Jesuit priests. Years later, the youngest son, Juan, joins the armed forces so he can stay with his mother, instead of going to Los Angeles like his brothers. He winds up in the elite Atlacatl Battalion doing perimeter security duty on the fatal night. At least he didn’t have to pull the trigger on the man who treated him so kindly. “It could have been worse,” he says. “The anguish. The regret. The truth is, I don’t know, I don’t know what to call this thing I have inside me.”

Tojeira is not surprised by the Salvadoran colonel who insists the priests had been killed by leftist guerrillas, a claim for which there was no evidence. But he was fooled, at least initially, by the friendliness of the U.S. ambassador, William Walker, who told him in passing: “That was a unit we didn’t control.” Elated by the admission, Tojeira thought the U.S. government would help him seek justice, but no. “We’d moved on from the horror,” Tojeira says. “Next came the spies.”

The assassins had allies high in the U.S. government, Tojeira realized.

The actions of another U.S. official, Richard Chidester, legal attaché at the American embassy, revealed the treachery in Walker’s solicitude. Tojeira, knowing Cerna’s life was in danger, hustled her and her family to the airport for a flight to Miami. As an “act of goodwill,” Chidester kindly insisted on assisting her through security. But, instead of delivering Cerna to the Jesuits of south Florida, Chidester whisked her away for hostile interrogation by a Salvadoran military officer who called her a liar and insulted her husband. When FBI agents strapped her into a polygraph machine, she stuck to her account of seeing soldiers. After she was released, the FBI put out a press release stating, falsely, that Cerna had recanted her story. The assassins had allies high in the U.S. government, Tojeira realized. (Here, as elsewhere, the novel hews close to historical fact.)

Still Tojeira pushed on, driven by loyalty to the memory of his slain friends. In Rome, Pope John Paul II assured him that he knew the truth about who was responsible. Then the Vatican published the statement of a right-wing Salvadoran bishop who blamed the left.

After seven weeks of obfuscation, Cristiani, the president, conceded the obvious: that the Salvadoran armed forces were responsible. While Cristiani lamented the killings as a “devastating blow” to the peace process, the brazen crime also devastated the reputation of the Salvadoran military in Washington. To prevent the U.S. Congress from cutting off aid — then running to more than $ 1 million a day — the government had to mount some kind of investigation. Eventually, two of the soldiers who wielded the guns were convicted of the murders. Their commanding officers were never brought to trial — although that could still change. A Spanish prosecutor, claiming universal jurisdiction for war crimes, has extradited Col. Inocente Orlando Montano from the United States to face charges that he helped plan the killings. 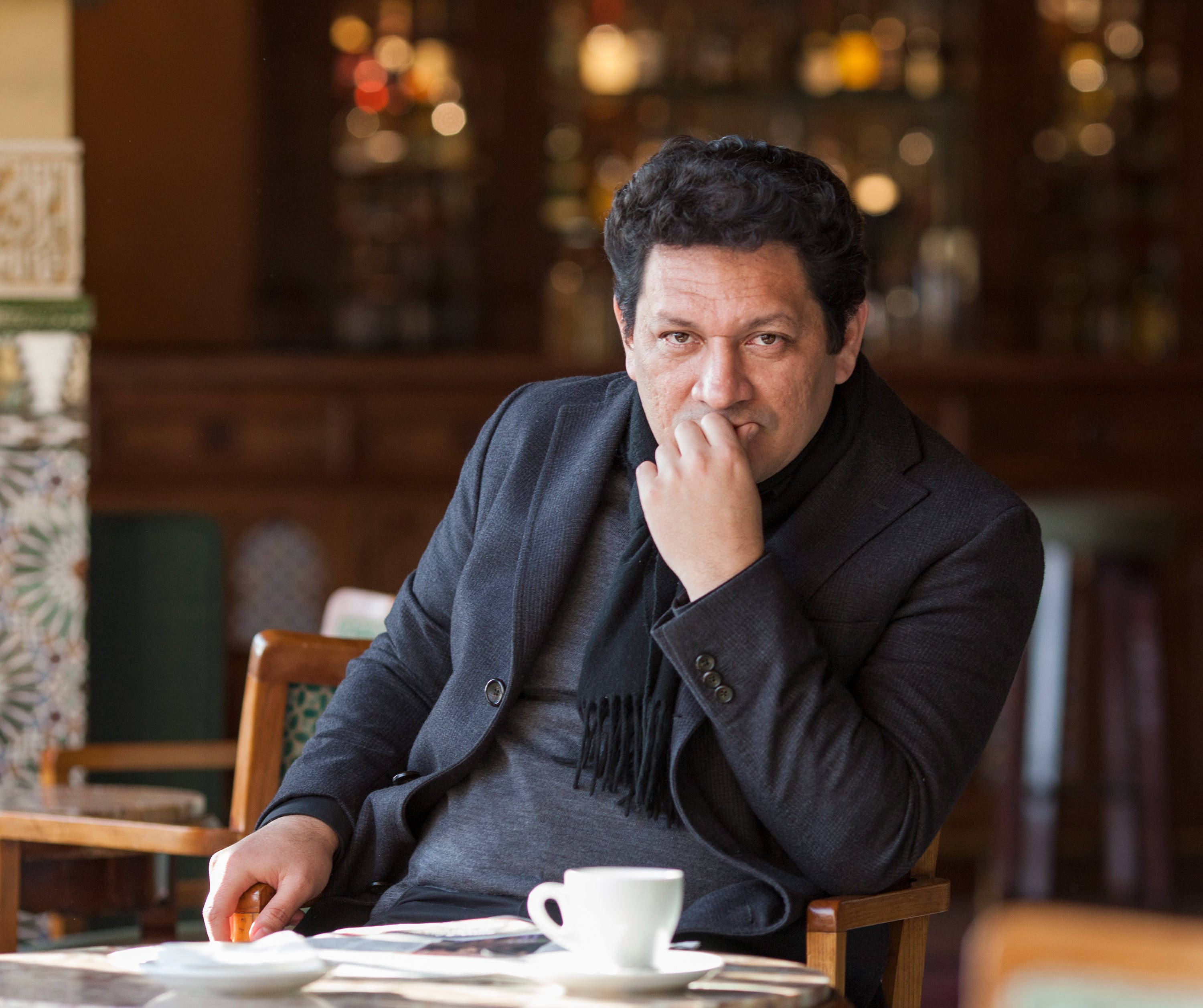 In 1992, the government and the guerrillas finally forged a peace agreement to end the war. “Perhaps without realizing it, in murdering Ellacuría, the army had a struck a blow that gave the peace process new impetus,” Galán writes. But the army had also laid down the law of lawlessness that pervades Salvadoran society to this day.

When the soldiers withdrew from the UCA campus, Galán writes:

“There was an enormous silence in San Salvador, as if an unwanted truce was in force. A few birds were singing, they had not flown away, and had not emigrated to higher ground where nothing happens. Without anyone noticing, morning dew had fallen on to the silent city, on to the marching soldiers’ bodies, on to the bodies of the assassinated Jesuits, and on to the roofs those sleeping unaware of what had happened. The sixteenth day dawns. It is November. Light suffuses men and beasts.”

Mail Sorting Machines Across America Dismantled Ahead of November Election

Podcast: Vanessa Beeley Unpacks the Idlib Crisis and the Fight for Syria’s Oil, Gas and Water