Israeli war criminal Ehud Barak is leading a long list of Zionist politicians, apologizers, sympathizers, and activists willing to promote normalization who are slated to speak at a coming J Street conference in Washington DC.

J Street is a Zionist organization that promotes the myth of a friendly, peace-loving form of Zionism, and by extension, a peace-loving, rights-respecting state of Israel. If one were to design a logo for the conference and for the organization as a whole, it should be a giant fig leaf.

On its website, J Street states that it “organizes and mobilizes pro-Israel, pro-peace Americans who want Israel to be secure, democratic and the national home of the Jewish people.” In other words, it is an organization that perpetuates one of the biggest public relations scams in the world today: that one can be pro-Israel and pro-peace, and that Israel can be democratic.

Furthermore, J-Street claims that it advocates “policies that advance shared US and Israeli interests as well as Jewish and democratic values, leading to a two-state solution to the Israeli-Palestinian conflict.” The keywords to note here are “two-state solution.”

This so-called solution is the mastermind of Zionist strategists who knew from the very beginning that presenting a solution to the Palestinian issue would allow Israel to present itself as a peace-loving state that recognizes Palestinians rights, albeit limited ones, and then to blame the Palestinians when the plan fails.

The honest thing to do would be to admit that the “two-state solution” is little more than a public relations stunt. However, being a Zionist organization, J Street promotes this lie, and it is by no means the only lie perpetuated by this fig leaf organization.

On its website, J Street declares that there is no “one-state solution,” instead, it says, there is only a “one-state nightmare.”

A nightmare is precisely what reality has been for Palestinians since the Zionist movement took root in Palestine. Thanks to Zionism, forced expulsions, exile and violence have been a part of life for Palestinians for over one hundred years.

The movement has succeeded in establishing a single state over all of historic Palestine, and that is the state of Israel. A state which uses an apartheid system enforced through terror, an enormous army, border police, and various intelligence agencies to create what amounts to an endless nightmare for Palestinians.

The two-state solution, which is little more than a multi-billion dollar public relations ploy, is the fig leaf under which Israel advances its objectives to colonize and settle all of Palestine. The “one-state nightmare,” therefore, began for Palestinians in 1967 when Israel completed its conquest by taking control of the West Bank, East Jerusalem, and the Gaza Strip. It was at that moment that the talk of two states gained popularity among liberal Zionists.

J Street’s support of the two-state solution perpetuates the claim that Israel is a democracy, sitting alongside a quasi Palestinian state, and that the two just can’t agree on a peaceful solution. According to this claim, both sides are at fault and all that is needed is political will and good faith negotiations for all to be well.

It also promotes the racist notion that any solution that does not allow the state of Israel to control the vast majority of Palestine, and have a say in who governs the Palestinians, is doomed to be a nightmare. Meanwhile, the current, and the very real nightmare is ignored. The colonization, ethnic cleansing and genocide that have gone on since 1967 are taken out of the equation. Palestinian rights to freedom, land, water, homes, resources and public areas are all forsaken for the sake of maintaining a racist state for Jewish colonizers and settlers.

To enhance its image as a peace-promoting Zionist organization, J Street invites Palestinians and members of organizations that promote so-called peace and dialogue to its conference. The willingness of these individuals and groups to participate in a conference alongside war criminals like Ehud Barak and blatant racist, Zionist demagogues like Senator Chuck Schumer, inevitably and understandably raises serious questions as to their own sincerity towards achieving peace and respecting human rights. 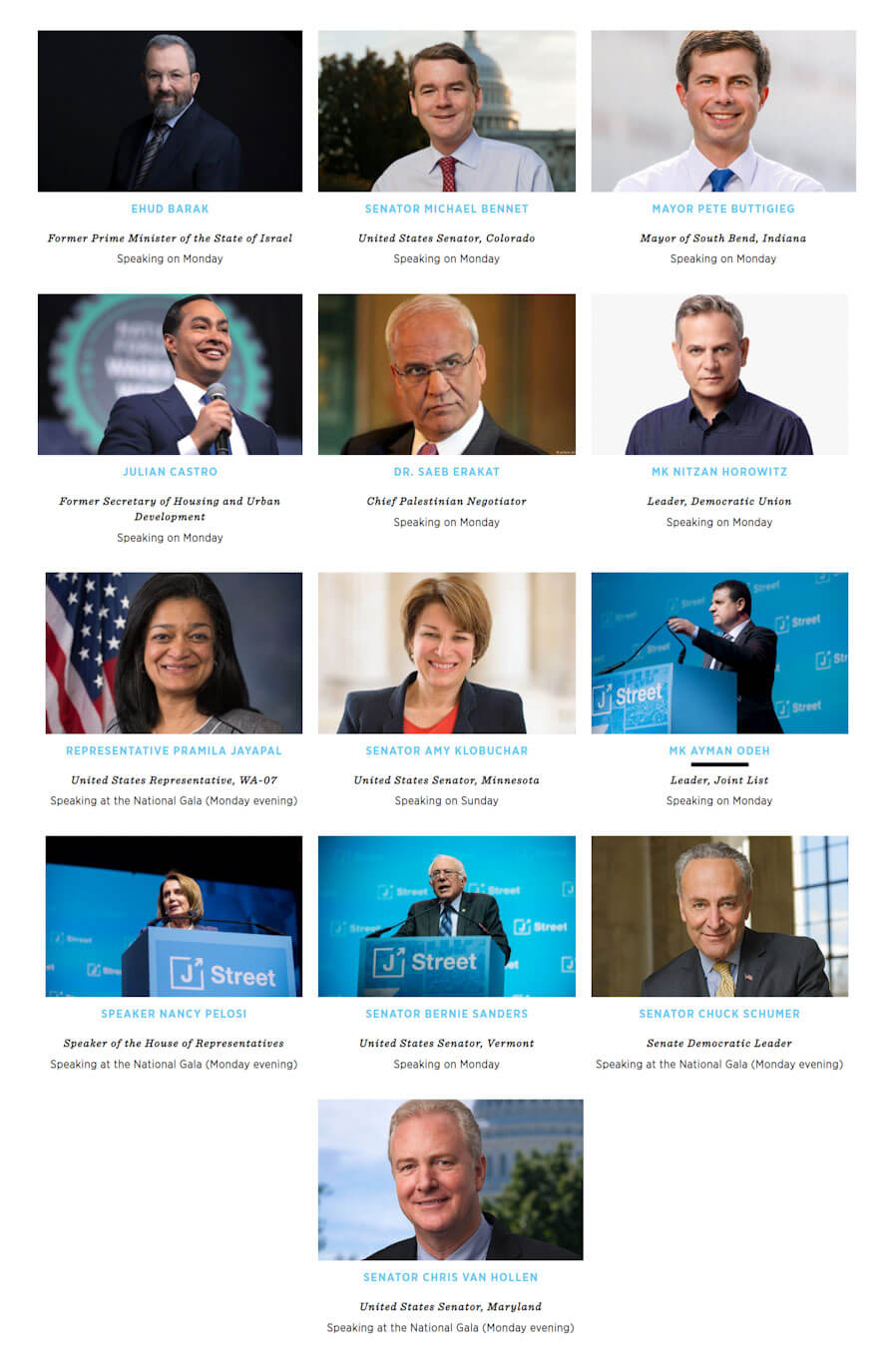 J Street, and particularly its conference, maybe the most shameless expression of “normalization” to date. By bringing Israeli and Palestinian groups and individuals together to a pro-Zionist, pro-Israel conference, they promote a false equivalency between occupied and occupier, oppressor and oppressed, those who fight to resist and survive and those who kill to impose apartheid laws. It is clear why this is good for Israeli war criminals and Zionist apologists, but why are “peace” and “goodwill” groups willing to participate in this charade?

The normalization industry is a fig leaf that hides the illegitimacy of the Zionist state with heartfelt stories of courage and personal loss. And while the initial attempt to bring people together to hear one another may have been sincere, it is clear today that the result was a miserable failure and a nightmare for Palestinians. Although the goal, at least in part, is to improve the lives of both Palestinians and Israelis, at the end of these meetings Palestinians return to their endless nightmare and Israelis to their well-paved neighborhoods with limitless water, electricity, and freedom.

Refusal is the Litmus Test

The litmus test for the countless “dialogue” groups, forums and peace initiatives is simple: Will Israeli participants who return from the various camps, marathon meetings, and feelgood get-togethers agree to serve in the Israeli army? There can be no easier test by which to measure whether or not these initiatives are worth the cost in time and money.

If, after participating in camps and forums and coached dialogue meetings which are often moderated by experts, meetings in which the two sides are meant to get to know one another, the Israeli participants do not refuse to serve in the IDF, then the whole thing was worthless. If they do not come out and reject the Zionist campaign of terror that is carried out by the Israeli Army, then the entire project is meaningless. If after all this the Israeli participants insist on supporting the reign of terror over which they hold Palestinians, then the money, time, effort and quite often the tears spent on these initiatives was all for nothing.

J Street was designed to make Zionists, particularly Israeli liberals, feel good about themselves and look good to the outside world. It was created to allow Israel to continue its genocide, ethnic cleansing and apartheid regime, without even so much as feeling shame or guilt for participating in these awful crimes.

Nancy Pelosi Has Chosen Her War, and it’s With Her Own Party’s Future