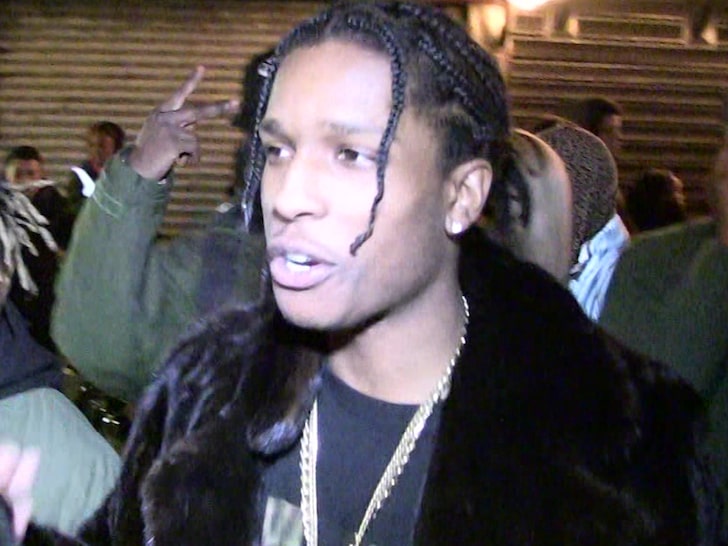 A$ AP Rocky has fans here in the States going to bat for him — but one chick might’ve taken it too far after she was arrested for storming the Swedish Embassy in D.C. … and allegedly threatened to blow it up.

The Secret Service issued a lookout warning for the lady on Monday after the alleged incident, and when she came back Tuesday … she drew even more attention to herself by berating staff and a student group, trumpeting human rights rhetoric and seemingly arguing for Rocky’s release. Authorities say she also kicked over a display and some furniture.

She was arrested on the spot and later booked for destruction of property and unlawful entry.

A video of what appears to be the woman surfaced online shortly after her outburst. You can hear her asking the student group where they’re from, and saying she thinks it’s important that they know about international human rights. The kids seem confused.

As you know, A$ AP’s been in custody since early July after being arrested for allegedly being involved in a street fight there in Sweden. He was officially charged last week, and is set to go to trial on Tuesday. He faces a maximum sentence of 2 years in prison.