GAZA, OCCUPIED PALESTINE — In her new documentary film, Gaza Fights for Freedom, journalist Abby Martin places the Gaza Strip under a microscope for the viewers to see. The result is an excellent movie that is difficult to watch, and disturbing at times, precisely because it presents a true, realistic view of life in Gaza. The movie shows how a small, courageous nation — locked up in the world’s largest concentration camp, facing inexcusable, unjustifiable and unforgivable violence — refuses to give up on its hopes and dreams and continues to fight for life.

Nothing left but bones

Heroism and cliches aside, the conditions in the Gaza Strip are horrifying. As one father interviewed in the movie says: “We are alive only by name… Gaza is no longer Gaza; all that is left of it are bones.” He may be referring to the distant past when the city of Gaza was one of the most important, prosperous and prestigious cities not only in Palestine but in the entire Middle East.

Perhaps what is most refreshing about Martin’s work is that the voices one hears are clear, authentic, Gazan voices. She makes no attempt to create the artificial “balance” one too often has to endure in movies and reports about Palestine in general and Gaza in particular. As though the Israelis who kill and maim and keep 2.2 million civilians caged and under siege in the Gaza Strip have a right to be heard. As though an explanation or justification can be given to the sheer cruelty and brutality exercised by Israel.

Israel kills people in Gaza in more ways than one might imagine. While bombs make the headlines, the other methods are more subtle and rarely make it to the headlines. In Gaza Fights for Freedom, all of these draconian methods are brought to light. Here are a few examples:

Israel’s foremost talk-show host and “journalist” Yaron London recently said on Israeli television that Arabs as a whole are savages and that the Arab culture is savagery. Gaza Fights for Freedom accomplishes several important objectives, not the least of which is showing a clear distinction between the two competing, opposing parties in this story. On the one side the Israeli savagery and its well oiled PR machine and on the other the bare-chested Palestinians — men, women and children who are literally sacrificing life and limb so that the world will hear their cry for freedom.

On the one hand, Israeli tanks and troops waving Israeli flags. The clean-cut well-spoken, Israeli spokesmen and -women trained by Hasbara experts that have taken control over the corporate media spew their well-rehearsed lies, telling a story about terrorists that they call Khamas and about people who they say fell prey to Khamas’ lies and are sacrificed on the altar of Khamas’ goal of inflicting death and destruction on Jews.

On the other side, Palestinians who lost nearly everything, speaking from the heart. In an honest, articulate, and measured way, young and old talk about their desire for freedom, their losses and their willingness to fight for it. As though they have a choice. It isn’t as though if Palestinians in Gaza sat quietly and did nothing they would be spared the death and destruction inflicted by Israeli savagery. The past seven decades have shown that Palestinians are killed regardless of whether they stand and fight or lie in their beds sleeping.

In Gaza Fights for Freedom, Martin describes several groups that are supposed to be given protection under international law but in reality are not: children, people with disabilities, journalists, and medical teams such as paramedics. Israel has targeted, injured and killed Palestinians belonging to all of these groups. When on June 2, 2018, Razan Al-Najjar, a young female paramedic was shot and killed by an Israeli sniper, her death was a moment — just a single moment — in which the world seemed to stop and pay attention. Maybe because she was a woman, maybe because she was young, maybe because she was beautiful, and maybe because all of the above, she could not be painted as anything but innocent. Yet a sniper took aim and shot her. 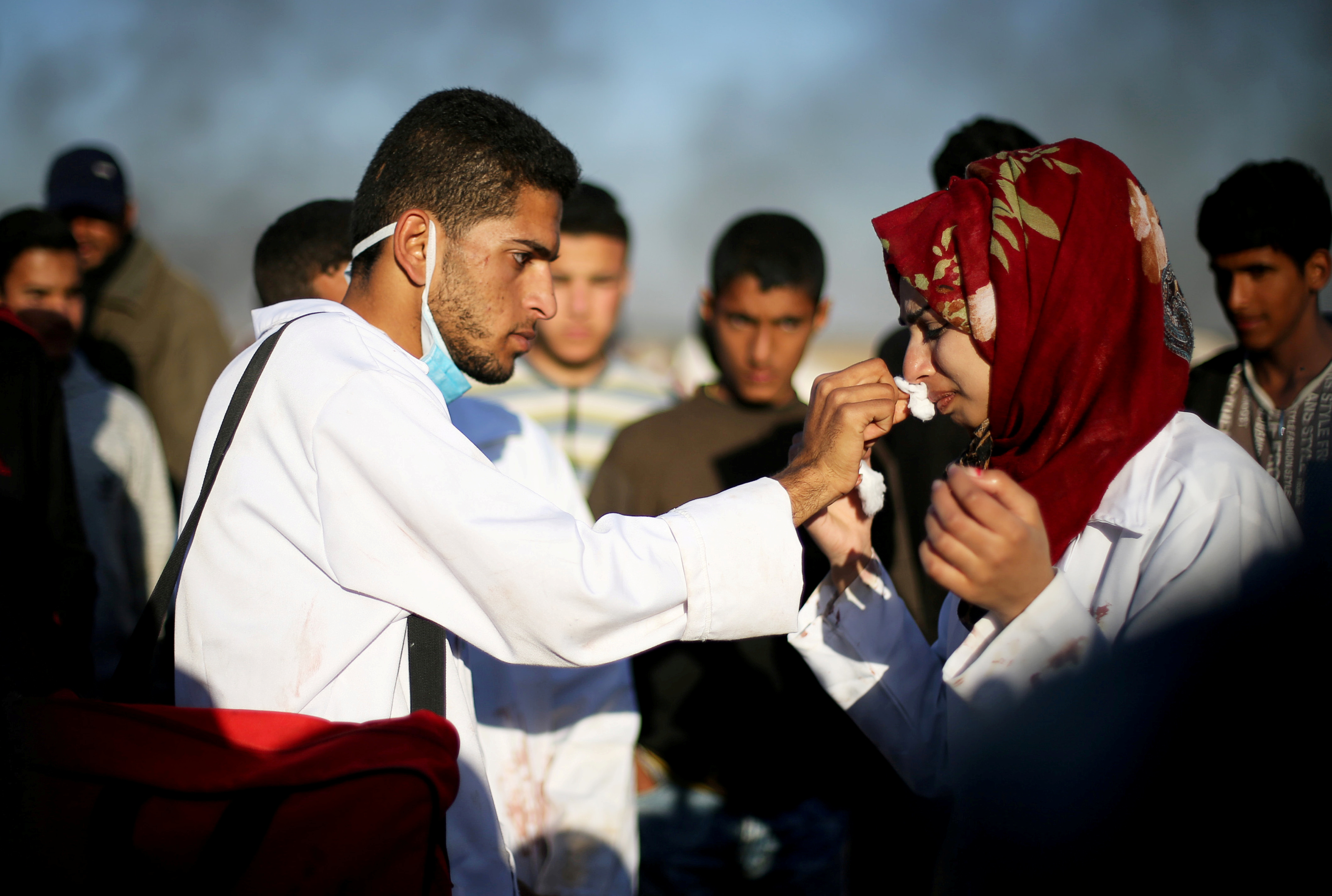 “This was the first time she participated in an action, in a march, because this was a peaceful activity [in which] we all participated; even I participated in the March,” says Razan’s mother, Sabreen Al-Najjar.

The emergency medical crews in Gaza were, and continue to be nothing if not heroic, going far beyond the call of duty, day in and day out as the casualty count continues to grow. Razan was there from day one and her dedication and sacrifice moved the world — though again, only for a brief moment.

The great Palestinian writer, political leader and martyr, Ghassan Kanafani, whom I often quote, in his now-famous interview from 1970 said that the Palestinians are “a strong brave nation” and that they will go on fighting for their cause and their rights. If anyone had any doubt that this was indeed the case, Abby Martin’s film, Gaza Fights for Freedom will put that doubt to rest.