A single, dominant theme has emerged from Amy Coney Barrett’s testimony during her confirmation hearing for the U.S. Supreme Court…

A single, dominant theme has emerged from Amy Coney Barrett’s testimony during her confirmation hearing for the U.S. Supreme Court this week: She is, she has repeatedly said, a “textualist” who believes that the plain meaning of a statute reigns supreme, that the job of writing those laws belongs strictly to Congress, and not to the courts. She’s lying — and the lie was exposed nakedly in her assessment of the Supreme Court’s 2013 gutting of the Voting Rights Act.

On Wednesday, Sen. Dianne Feinstein of California, the top-ranking Democrat on the Judiciary Committee, asked Barrett about that case, Shelby v. Holder. In particular, she asked Barrett if she agreed with her mentor Justice Antonin Scalia’s conclusion that the act was a “perpetuation of racial entitlement.”

Barrett declined to answer, instead repeatedly framing the case as one in which the Supreme Court decided whether the law’s key provision, which required states with a history of discrimination to clear their voting law changes with the Department of Justice, was “outdated and needed to be updated from the 1960s.” (The court, in a 5-4 decision, freed the states of that federal oversight.)

Feinstein did not press Barrett on the wild discrepancy between her claim that the court could decide to “update” a statute because a number of decades had passed and her belief in the firmness of originalism and textualism, legal philosophies she says define her approach.

Describing herself as an “originalist,” Barrett said this week, “In English, that means that I interpret the Constitution as a law and that I interpret its text as text, and I understand it to have the meaning that it had at the time people ratified it. So that meaning doesn’t change over time, and it’s not up to me to update it or infuse my own policy views into it.”

She said the same of textualism. “Similarly to what I just said about originalism, for textualism, the judge approaches the text as it was written, with the meaning it had at the time and doesn’t infuse her own meaning into it,” she said on Tuesday.

Her response to Feinstein, then, is precisely the type of thing that the legal movement Barrett comes out of crusades against. It’s not up to judges, originalists and textualists say, to put a finger in the wind and rewrite laws. That’s the job of lawmakers.

That discrepancy alone makes a stark contradiction between her stated approach and her actual approach to the law. But it’s worse than that. To make the Voting Rights Act look in need of a judicial update, Barrett suggested that Congress hadn’t dealt with it since the 1960s. That was a lie. In 2006, a Republican Congress passed a reauthorization of the Voting Rights Act after a yearslong series of negotiations between the parties. Named the Fannie Lou Hamer, Rosa Parks, and Coretta Scott King Voting Rights Act Reauthorization and Amendments Act of 2006, it ultimately passed the House 390-33 and cleared the Senate 98-0. It was then signed into law by President George W. Bush, who pledged his commitment to enforce its updated provisions. That’s how laws ought to be made, according to Barrett, who was nominated by President Donald Trump to the 7th Circuit Court of Appeals in 2017.

But to acknowledge all of that legislative activity undertaken by democratically elected lawmakers would undermine her claim that the law hadn’t been “updated from the 1960s.” Barrett has been praised from all corners for her command of the law and the facts during her appearance before the Judiciary Committee. She was well into her legal career, already teaching at Notre Dame, when the high-profile reauthorization of the Voting Rights Act unfolded. There is no possibility that she is unaware of it, though Feinstein, who was involved in writing the reauthorization, didn’t mention it. 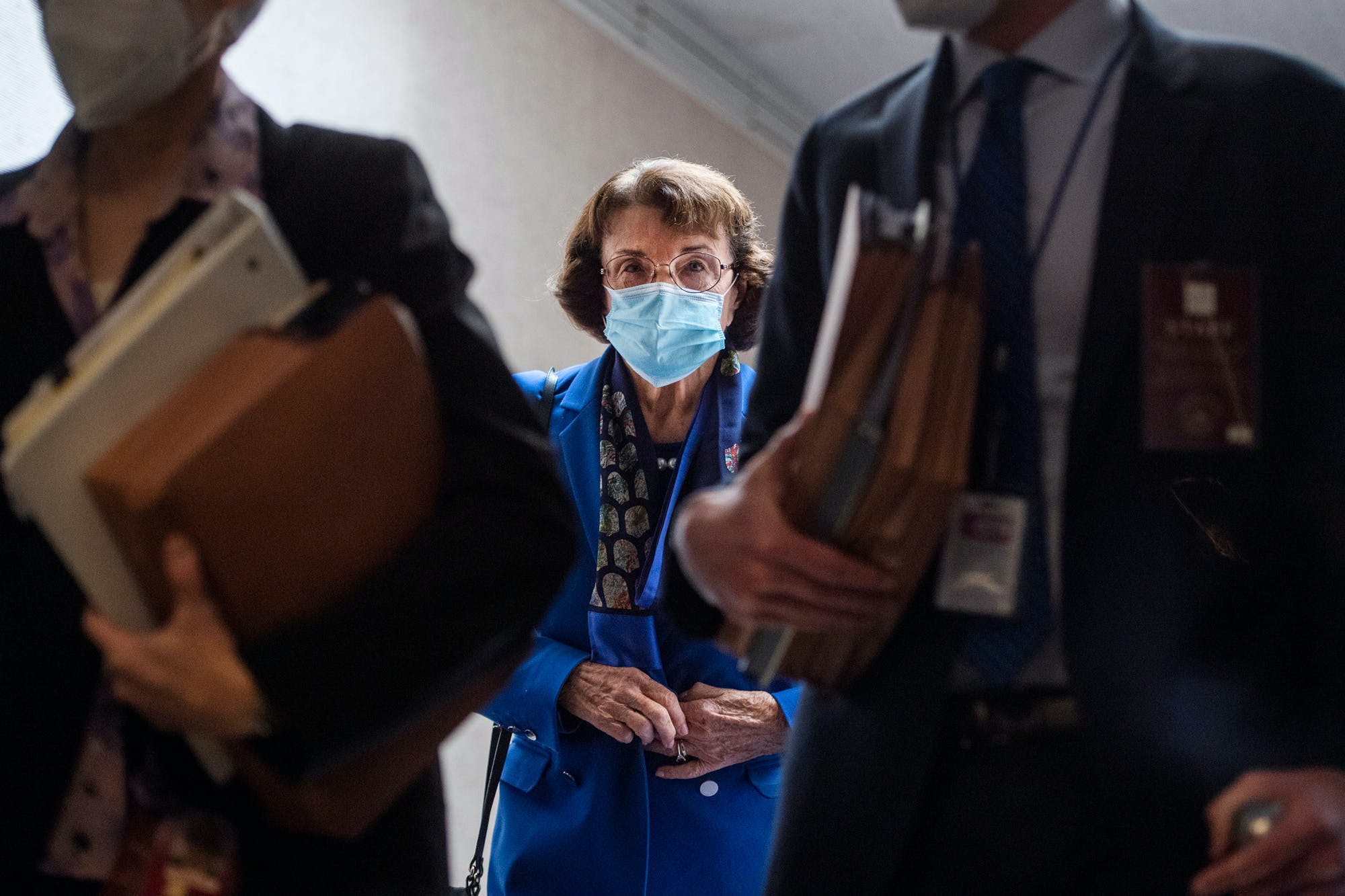 The right-wing legal movement began working through the courts to undermine the Voting Rights Act immediately after it was reauthorized, with Chief Justice John Roberts as a ready ally. In a school desegregation case heard in late 2006 and decided in 2007, Parents Involved in Community Schools v. Seattle School District No. 1, Roberts observed, “The way to stop discrimination on the basis of race is to stop discriminating on the basis of race.” It was the same reasoning he would later use as author of the lead opinion gutting the Voting Rights Act. In a 2009 case that came just short of striking down the key provision of that law, Northwest Austin Municipal Utility District No. 1 v. Holder, Roberts noted, “Things have changed in the South” — again foreshadowing the approach he’d later take. Then came Shelby, the 2013 ruling that freed states from federal oversight when it came to their election laws, with Roberts again arguing that racism had sufficiently faded as to make the law — reauthorized just seven years earlier — out of date. Within hours of the ruling, Texas pushed through new voter suppression laws, quickly followed by other Southern states, where assaults on the right to vote are routine and ongoing.

Barrett’s related tactic to make the ruling appear noncontroversial was to cloak the decision as one that turned on a small, technical question, what she called “the question of how the coverage formula is calculated.” She declined to state her personal opinion on the question, noting that it was likely to come back before the court again, though she made clear she felt it was a legitimate question to ask.

Feinstein didn’t press her or let viewers know what that arcane legal language meant, but in short, the law had required states with a robust history of voter suppression to clear any changes to voting rights laws with the Department of Justice, which would determine whether the changes would have a disparate impact on voters of color. Barrett noted that the court left in place the rest of the law. “It is my understanding,” she said, “that everything else about the Voting Rights Act remains intact, including its prohibitions on discrimination in elections.”

As someone in Barrett’s position ought to well know, a law on the books isn’t worth much if there is no way to enforce it. The constitutional amendment giving Black men the right to vote after the Civil War remained on the books all through Jim Crow, as did the Civil Rights Acts of 1866 and 1877, which guaranteed broad equal protections and barred segregation. Without any ability after Reconstruction to federally enforce the law, however, it was meaningless, and by the end of the 1800s, as a result of voter suppression laws like literacy tests and poll taxes, the Black vote was approaching zero in the South. James Moone argues in the new book “Republic of Wrath” that the ability of Democrats to suppress Black votes was partly thanks to Republicans’ own self-interested bigotry in how they wrote the amendment. Some Republicans had pushed to make voting a firm constitutional right, unbridgeable by state authorities. But other Republicans still wanted to be able to suppress the votes of Irish and Chinese immigrants, who tended to favor Democrats, so the compromise language purposely left loopholes that both parties would later exploit.

Hostility to Irish immigrants faded in the 20th century, and as Republicans abandoned the Northeast for the South and the sunbelt, the party was less interested in suppressing those votes. In the South, though, voter suppression of the Black vote remained near universal, even as Black voters used the franchise in the North and West coasts to influence the Democratic Party. And so the Voting Rights Act of 1965 singled out areas of the country for enforcement where the Black vote was being disproportionately suppressed. That provision was updated in 2006 and wiped out by the Supreme Court in 2013, all in the name of deference to Congress.

They’re Murdering My Son: Father of Julian Assange Tells of Pain and Anguish