The much-anticipated antitrust hearing originally scheduled for Monday, July 27 has been moved to Wednesday for the ostensible purpose of… 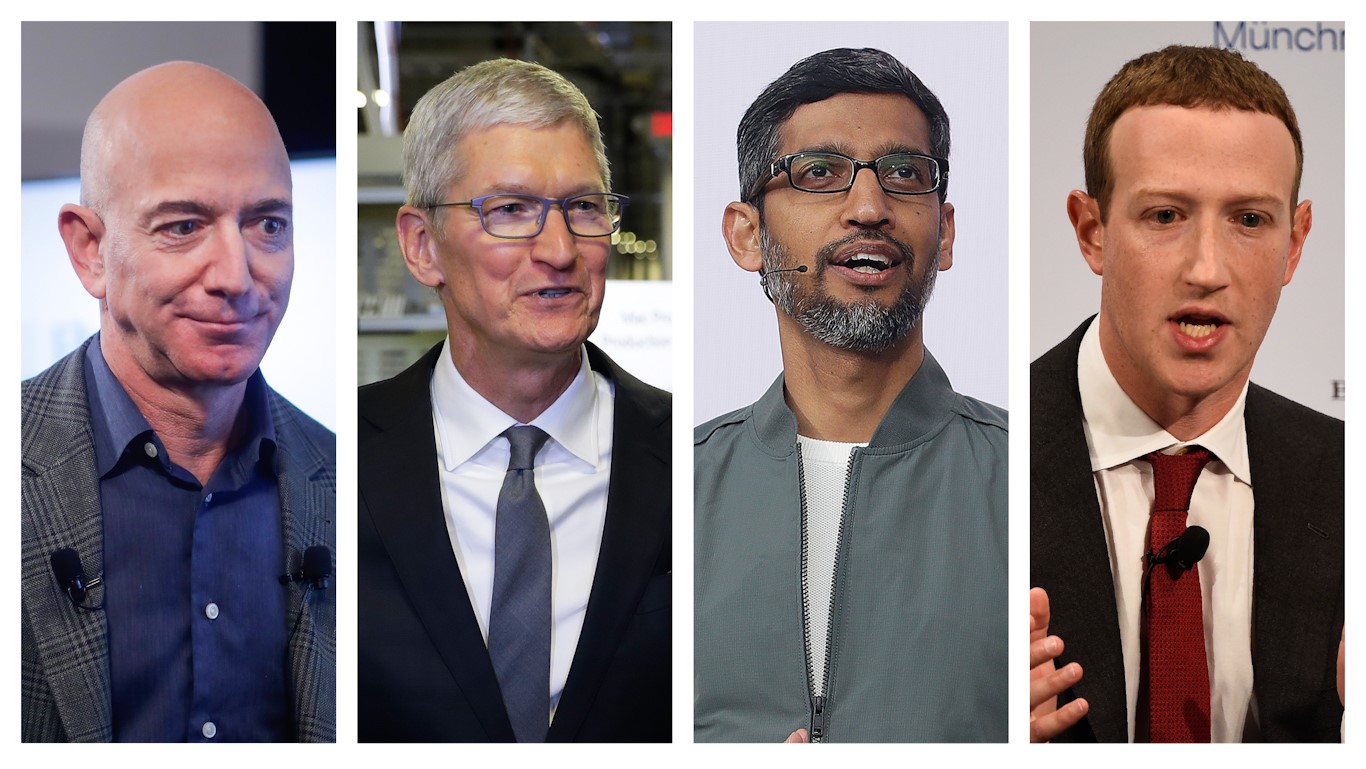 The much-anticipated antitrust hearing originally scheduled for Monday, July 27 has been moved to Wednesday for the ostensible purpose of allowing members of Congress to pay their respects to recently deceased Rep. John Lewis.

The hearing, which is to feature the testimony of big tech CEOs Tim Cook, Mark Zuckerberg, Jeff Bezos, and Sundar Pichai is supposed to wrap things up for the House Judiciary Committee’s year-long investigation into “anti-competitive behavior in the tech sector.” The Committee is supposed to release its findings later this summer or in the fall, on the eve of the presidential elections.

Much has been made about the “major concession” or “breakthrough negotiations” regarding the mere presence of these high-powered chief executives at the hearing, which underscores the very problem facing the country and the world over the excessive influence these corporations wield over our lives. Whether the robber barons of our time will be physically present or simply chime in via a Zoom video chat has yet to be determined. Perhaps they’ll each make use of their own proprietary video-conferencing apps to attend remotely.

The Committee’s investigation has been called the “most sweeping congressional probe to date,” though that is not saying much considering the complete lack of regulatory oversight of these mammoth companies, who have been allowed to operate virtually unfettered over the last 20 years.

Apple, Google, Facebook, and Amazon are said to be in the crosshairs of the Congressional investigation, but even the communications between the company CEOs and lawmakers about their testimony before the Committee reveal the true pecking order. Jeff Bezos, for instance, responded to the Senate’s request by conditioning his presence: “Of course,” the letter addressed to the Committee stated, “we will need to resolve a number of questions regarding timing, format, and outstanding document production issues, all necessarily framed by the extraordinary demands of the global pandemic.”

Other CEOs, like Tim Cook, responded with similar caveats to the provision of documents and other evidentiary material requested by the Congressional body. A letter from Apple’s attorney called the Committee’s demands “highly unusual and burdensome” and expressed doubts that its corporate secrets and “other competitively sensitive information would be withheld from its many competitors,” essentially accusing the government of preemptive corporate spying.

Just one week ago, in the span of 24 hours, Jeff Bezos increased his net worth by $ 13 billion dollars. The obscenity of such an immense jump in wealth underscores the growing disparity between the uber-rich and regular people, who are in the midst of an ongoing economic catastrophe and millions of whom are facing the prospect of losing their homes in the coming months as federal government handouts run out.

Meanwhile, the tech giants are using every dirty trick at their disposal to increase their riches and power to a level seen only in the days of John D. Rockefeller… or Caligula. Their ability to manipulate markets and near-total control over modern-day communications makes their power virtually unassailable.

Examples of the types of activities Congress will have to curtail abound. Amazon, for example, used its own venture capital firm to attract startups who shared details about their products and services only to see Amazon launch their own versions. The $ 200 million Alexa Fund would purchase stakes in companies like Nucleus – which made a video communication device for the home – to gain access to the startup’s plans. Eight months after their “investment” in Nucleus, Amazon would launch the “Echo Show,” which directly competed with Nucleus’ product.

This is a pattern Amazon has been shown to engage in with regularity, but it is not alone among the tech giants. Facebook also has a history of doing the exact same thing, while Apple has exploited its mobile application monopoly through its “iOS App Store,” which erects high bars of entry for third-party developers through onerous fees and rules described by some developers as a “Kafka-esque nightmare.” Meanwhile, Apple puts no such barriers in the way of its own apps.

The problem doesn’t end at unfair market practices, however, since the power these companies now wield by virtue of the wholesale transformation of society and economy into a digital environment, means these giant corporations have a stake in practically every human activity as defined in the 21st century.

In a recent article about tech regulation, Evans points out that the tech industry embodies all the complexities that were present in previous regulatory battles against large industries, such as banking or the airline industry. But, not only do tech companies present a far larger sample of complexity, the timeframe in which we, as a society, must deal with the implications of this reality is immeasurably more compressed. Evans quotes an old colleague who “liked to say that software is eating the world.” He agrees that, in fact, it did eat the world. But, also reminds us that regulation can only go so far in reigning in these new monopolies because they cannot ultimately solve the enormous social issues that their unrestrained existence up to this point has already caused.

The TPP Was All but Dead, Now DC Think Tanks Are Quietly Urging Biden to Bring It Back