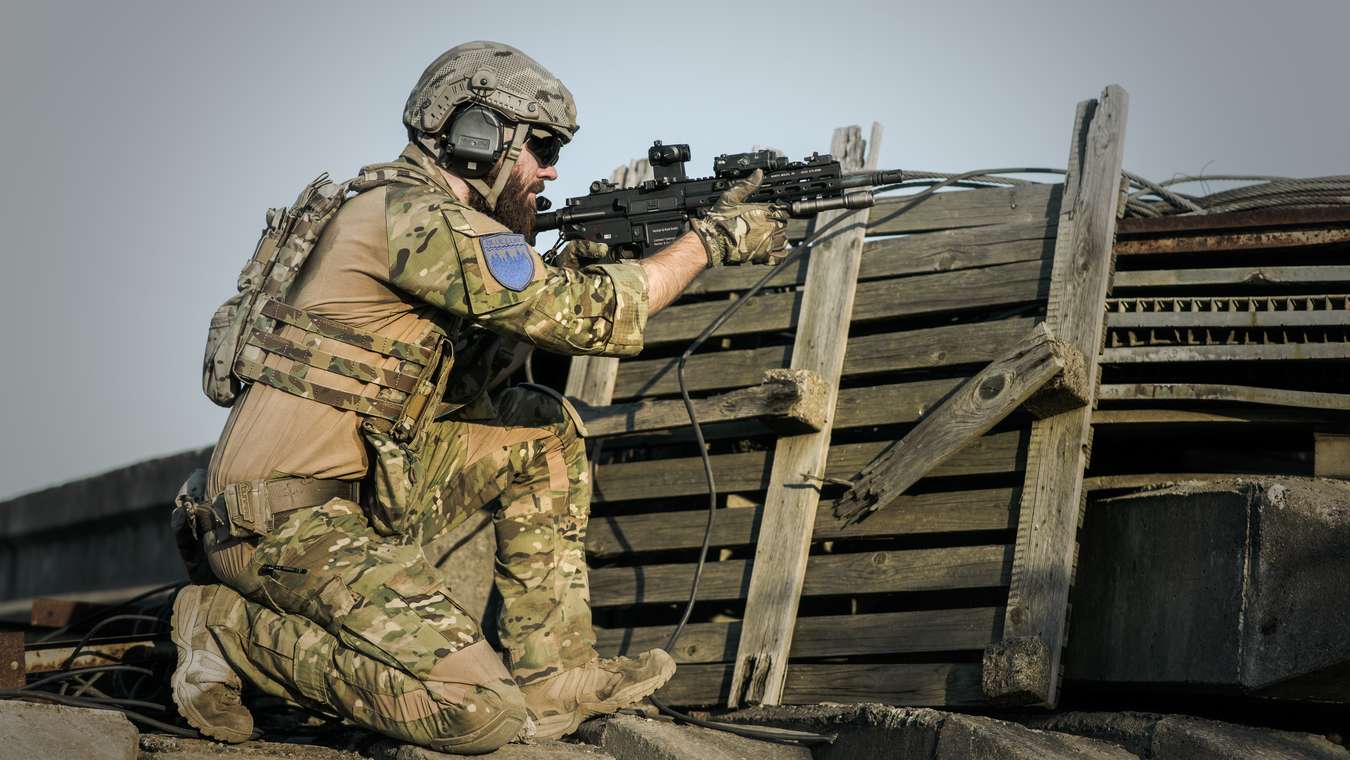 Furious Britons who have criticised selfish panic-buyers who are raiding supermarket shelves and leaving those most in need without food and essential supplies, have been heard by Prime Minister Boris Johnson, who announced sweeping laws to combat the greedy scum-like shoppers.

As the number of confirmed coronavirus cases in the country reaches 3,269 with 144 deaths, and workers are confined to carrying out their duties from home, shops are still being stripped bare.

“From midnight on Friday, I have given orders that troops can shoot on sight any person panic-buying, hoarding and generally being a twat towards their fellow Brits.”

Paratroopers, Marines and other regiments, as well as the Royal Navy and RAF, have been ordered to patrol supermarket aisles across the country. If they spot anyone being a knobhead, they will first order them to return bulk items to the shelves. If these orders are not adhered to, they have the mandate to either shoot the offender in the knees, or pistol whip the wanker.

Now, Marks and Spencer have announced that the Household Cavalry will patrol their stores, as, according to reports, their customers are a cut above other stores’ clientele, hence a posh regiment is more apt.

The move comes after customers complained of facing three-week waits for grocery deliveries from supermarkets – with online stores not showing availability until as late as April 9.

The Prime Minister had urged the public to stop ‘mass buying’, saying that there is ‘no reason’ shops should be empty, and asking Britons to ‘please be reasonable in your shopping, and be considerate of others’. But those words fell on deaf ears, as morons headed to the shops.