Elisabeth Epps, a Colorado-based attorney and bail activist, publicly resigned from the Denver Police Department’s Use of Force Committee last… 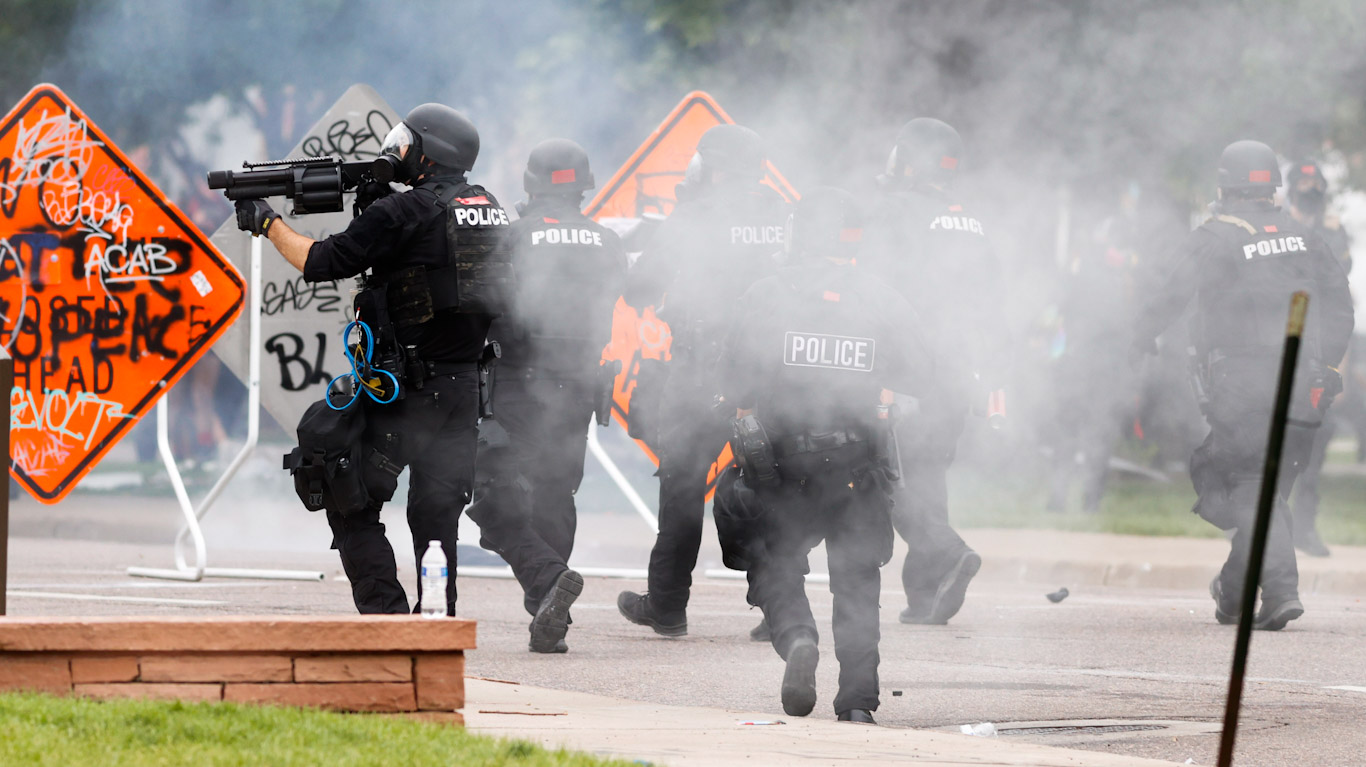 Elisabeth Epps, a Colorado-based attorney and bail activist, publicly resigned from the Denver Police Department’s Use of Force Committee last night after being shot and tear gassed by the same force she was trying to regulate. “Plenty of Black folks will shuck & jive for ya, it just can’t be me anymore,” Epps said via Twitter, sharing pictures of the welts across her body and legs from police gunshots.

After 3 years working on your Use of Force committee, I hereby resign.

We met last Thursday with Chief Pazen. Hours later, you gassed me. You shot my back and legs up—from behind.

Plenty of Black folks will shuck & jive for ya, it just can’t be me anymore. pic.twitter.com/Ww2JfxMpSB

She had recently been on a conference call with the committee that included the local chief. Just hours later she saw in the flesh the police violate their own policies. “I can’t even write the words to say how disheartening it was,” she said. Referring to the incident, she added, “It doesn’t matter whether it’s a fascist, or antifa, or a kid that throws a water bottle or a rock,” she said. “What in the world makes it proportional to gas an entire hillside of people?”

“I never felt like a token. I truly thought my input mattered. I was naive and I was wrong” Epps told the Denver Post’s Elise Schmelzer. Schmelzer herself has been the target of violence, police firing pepper bullets at her while she was wearing a reflective vest that read “press.” While police nationwide have been escalating the violence, Denver law enforcement appear to have been some of the worst offenders. Photographer Hyoung Chang, also of the Denver Post, was twice aimed and fired at by police, injuring his arm. Chang is adamant that the actions were deliberate: “If it was one shot, I can say it was an accident,” he said. “I’m very sure it was the same guy twice. I’m very sure he pointed at me.” Denver police also threw a reporter into a burning fire while he was trying to take a picture of them. The incident was caught on live television. Local officer Thomas McClay was fired from his job yesterday after sharing a photo of himself and other officers in full riot gear with the caption “Let’s start a riot.”

#denver police caught on camera throwing a reporter into a fire for trying to take a picture of the scene #DenverRiots #BlackLivesMatter #FTP pic.twitter.com/DRw5vKL0yI

Epps herself is a longtime prison abolition activist. In 2018 she founded the Colorado Freedom Fund, a community bail fund that aims to help poor people who cannot make bail and would otherwise be forced into the prison system. Last year she was sentenced to 90 days in jail for obstructing the police arrest of a man going through a mental health crisis. For much of her sentence, she was allowed out on day release, leading to the bizarre situation where she was released from her cell only to stay in jail, bailing others out in her role with the Freedom Fund, subsequently returning to her cell.

Thousands of Americans would appreciate the services of a bail fund right now. According to an Associated Press tracker, over 9,300 people have been arrested during the George Floyd protests, which were sparked after a Minneapolis police officer was filmed killing an unarmed and handcuffed black man on May 25. Denver has seen the seventh most arrests of any U.S. city, with 284 as of June 3. Spontaneous demonstrations have broken out at over 100 locations and in every state across the country. A Morning Consult poll published Monday found that 54 percent of Americans support the protests, with 22 percent opposed. Even Republicans were evenly split on the question. 61 percent of the public agree that “white people do not recognize the real advantages they have.” Only four percent of black Americans oppose the protests. However, public support for protest in general dips considerably depending on the race of those protesting. 54 percent of the public agreed that “When Americans speak up and protest injustice in the U.S., it always makes the country better,” but that number dropped to 46 percent when the qualifier “black” was added before “Americans.”

President Trump has responded with considerable force, deploying the National Guard in 24 states and suggesting sending in the army, a possibly unconstitutional move. He also suggested that “looters” and “thugs” should be shot on the spot. Consequently, it is unlikely that Epps will be the last protestor attacked by security forces.

Feature photo | Denver Police fire tear gas canisters during a protest outside the State Capitol over the death of George Floyd, May 30, 2020, in Denver. David Zalubowski | AP

Medicare for All Just Got a Massive Boost