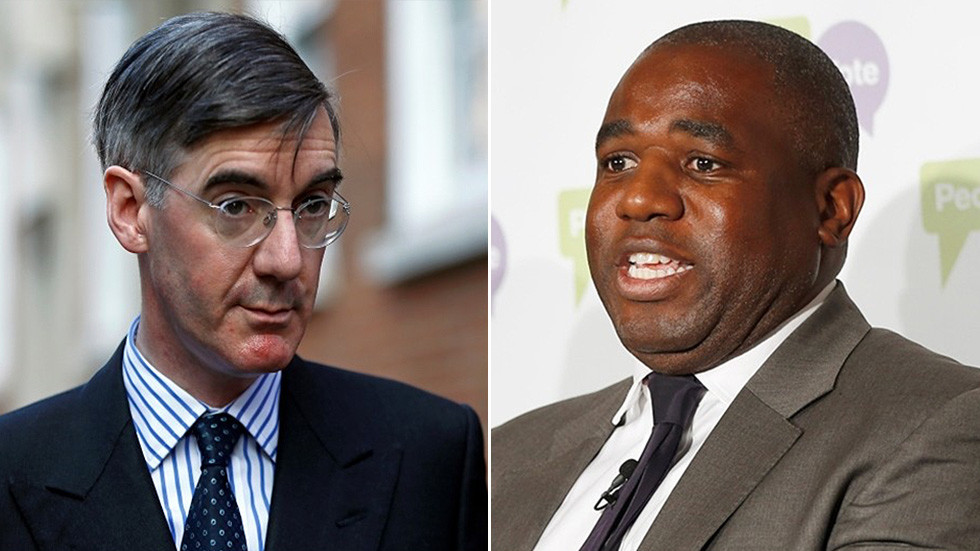 Conservative lawmakers including Jacob Rees-Mogg have hit back at pro-EU politician David Lammy for likening the Tories’ European Research Group to Nazis.

During an interview on the BBC’s Andrew Marr Show on Sunday, second EU referendum advocate Lammy was asked about controversial comments he made during a rally last month.

At the People’s Vote demonstration, the Labour MP for Tottenham compared the likes of Brexiteer MPs Rees-Mogg and Boris Johnson to Nazis and South African racists, an analogy he even claimed was “not strong enough.”

Also on rt.com From Boris to Rees-Mogg: Do the Tories have their own racism problem?

During an interview with LBC radio on Monday morning, Rees-Mogg refuted the “senseless” claims, saying they were “patently not true,” and arguing that comments comparing his anti-EU group with an organization that killed 6 million Jews made the accuser look silly.

It makes the person saying it look foolish and second rate rather than doing any damage against the people it’s levelled against.

Tory politicians including Conor Burns, MP for Bournemouth West, branded Lammy’s comments “bats**t,” insisting he had “fully lost it.” Another labelled them “disgraceful.”

I used to have regard for David Lammy. But this is batshit. Comparing ERG to Hitler is quite something. Fully lost it.

What far-Left planet is Lammy on…

David Lammy’s inflammatory & false claims create division. They’re actually an insult to victims of racism & Nazism. We must challenge the accusation that supporting Brexit makes you racist. As a former Chairman of the ERG, I hope he retracts & apologises. https://t.co/qpii9alqgc

We have, in the ERG, in Jacob Rees-Mogg, someone who is happy to put on to his web pages the horrible, racist AfD party, a party that’s Islamophobic and on the far right.

The AfD was founded in 2013 as a Eurosceptic party. It has since campaigned for stronger immigration laws. Rees-Mogg has previously denied supporting the party.