Beto O’Rourke started his presidential run with a nearly unprecedented asset: a trained and functioning ground operation, staffed and ready…

Beto O’Rourke started his presidential run with a nearly unprecedented asset: a trained and functioning ground operation, staffed and ready to deploy at the flick of a switch. When he lit it up on March 30, his campaign generated tens of thousands of text messages sent by volunteers and raised some $ 6 million in the first 24 hours.

Days later, he named Jen O’Malley Dillon, a Barack Obama veteran, as campaign manager. The decision led inexorably to the jettisoning of that field operation and its two architects, Bernie Sanders alumni Becky Bond and Zack Malitz, whose departures from the O’Rourke campaign were reported on Saturday by BuzzFeed News.

The internal conflict between O’Malley Dillon and Bond is more than just personnel drama — it suggests that O’Rourke has settled on a strategic direction for his campaign. O’Rourke, who won an insurgent primary campaign to get to Congress, and ran as a political outsider against Sen. Ted Cruz, is refashioning himself as an insider.

“If he doesn’t run a similar campaign that he’s run his entire career, he’s not gonna be the same candidate,” said Lillian Salerno, a Texas congressional candidate in 2018 and an outspoken O’Rourke supporter. “The loss of Bond and Malitz makes me think he is going to run down the middle, and if he runs down the middle, he will get run over,” she added, an allusion to a Texas quote by her friend and occasional podcast co-host Jim Hightower.

There’s no place for self-proclaimed revolutionaries in a project like that.

His choice of campaign manager followed a few other tactical shifts: During the Senate campaign, he embraced Medicare for All, but as a presidential candidate, he now backs a more incremental approach. During his Senate bid, he pledged not to take money from fossil fuel lobbyists and executives. When it was discovered that he had taken such contributions, he declined to return the executives’ money and has refused to take a similar pledge. Earlier this year, O’Rourke was surging and looked to be one of the most viable candidates in the pack. Instead of leaning into what got him where he was, he tried to play it safe and coast as an insider to the nomination. And during his Senate run, he eschewed high-dollar fundraisers, declining to meet one-on-one or in small groups with wealthy donors. On May 13, he’ll be in New York City for a fundraiser where hosts are asked to raise $ 25,000 each. There’s no place for self-proclaimed revolutionaries in a project like that. The irony for O’Rourke is that as a Gen X former punk rocker, the fear of selling out looms larger than death itself.

The decisions O’Malley Dillon, who co-founded the corporate and political consulting firm Precision Strategies, makes as she builds her team will be a preview of how O’Rourke would staff his administration and who he’d hand power to. 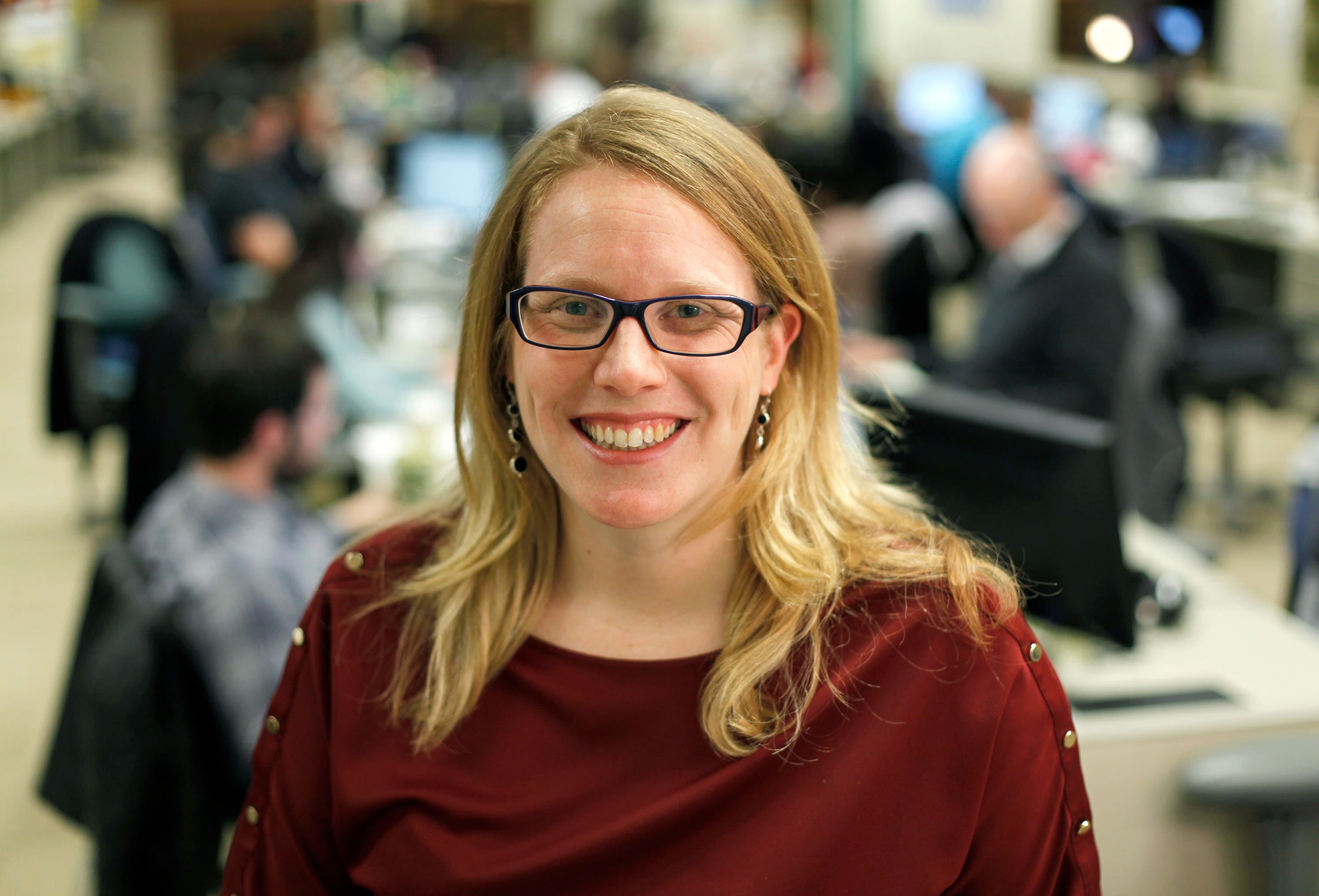 O’Malley Dillon was a leading field organizer for Obama’s 2008 campaign, Obama for America, then became executive director of the Democratic National Committee in 2009. Obama for America transitioned to Organizing for America, which became a project of the DNC and largely shuttered as an organizing force, while the party overall began its historic descent in 2009 and 2010. O’Malley Dillon ran the DNC until becoming Obama’s deputy campaign manager in 2012. From there, she moved on to co-found Precision Strategies. The firm, where she still works, represents the wing of the party that seamlessly blends corporate and political work and has represented Pfizer; Humana; Gilead; Bank of America; Facebook; Juul Labs, the vaping company; the DNC; and Hillary Clinton’s 2016 presidential campaign.

Bond and Malitz, meanwhile, represent the wing of the party invigorated by Sanders’s 2016 campaign, of which they were key players. They helped develop what came to be called “barnstorms,” events where volunteers would be empowered to organize on their own. Eventually, volunteers themselves began running barnstorms, and the organizing capacity grew exponentially, even if it arrived too late in the Sanders campaign to change the outcome of the 2016 primary.

Bond, along with Sanders veteran Zack Exley, wrote about the experience in the book “Rules for Revolutionaries: How Big Organizing Can Change Everything.” She and Malitz pitched O’Rourke’s 2018 Texas Senate campaign on fully implementing the “big organizing” vision. O’Rourke signed off, giving Bond and Malitz extraordinary leeway to run a radically different variety of a field operation, one that turned power over to volunteers rather than centralizing it at the campaign’s headquarters.

The strategy suited O’Rourke, who had sworn off Washington consultants and wasn’t interested in high-dollar fundraising. That allowed him to do what he enjoyed: drive around Texas while broadcasting on Facebook Live, hold town halls in every corner of the state, and take unapologetic stands on racism and immigrant justice — and, with some air-drumming and skateboarding, just generally be the anti-Ted Cruz. That approach blended perfectly with a fundraising and turnout strategy that relied on inspiring thousands of supporters to become active donors and volunteers.

That approach blended perfectly with a fundraising and turnout strategy that relied on inspiring thousands of supporters to become active donors and volunteers.

The result was unlike anything that had been seen in a get-out-the-vote operation. Volunteers were deputized to open campaign offices across Texas, and more than 700 popped up. The campaign posted real-time voter contact targets online, an unprecedented level of transparency. On the Sunday before the election, the campaign knocked on 340 doors per minute and hit roughly half a million that weekend. He raised a record-shattering $ 79 million, almost entirely from small donors. After O’Rourke significantly outperformed in public polls, losing by less than 3 points, Bond and Malitz pledged to stick with him if he decided to run for president. As O’Rourke journaled his way through the decision process, Bond and Malitz stayed in El Paso to lay the groundwork for the potential campaign.

It became clear that O’Rourke was preparing to announce in late March when his campaign emailed volunteers from the Senate campaign, saying, “We need help sending some text messages tomorrow morning.” This request suggested that what Bond calls big organizing would be a central part of the campaign strategy.

In his launch video, O’Rourke made an appeal to big organizing. “Even if you cannot be here on March 30,” he said, “I still want your help organizing where you live, bringing in friends and family and neighbors to the greatest grassroots campaign this country has ever seen.”

While O’Rourke deliberated on whether and how to run, he met with a number of top figures in the Democratic Party, including Obama, O’Malley Dillon’s former boss. Salerno, the former Texas congressional candidate, and others speculated that establishment figures advised O’Rourke to bring on seasoned Washington consultants if he wanted to be taken seriously. Indeed, O’Malley Dillon’s hiring was framed as O’Rourke “professionalizing” his campaign, despite the results of her tenure at the DNC.

“In Washington, O’Malley Dillon’s hiring was taken as a sign that O’Rourke’s once-skeletal campaign was taking on a more professional cast, moving past the relatively small team that had helped propel him to his narrow loss in the Texas Senate race,” summed up BuzzFeed News. “Democratic strategists see O’Malley Dillon as an organized and even-handed counterbalance to O’Rourke, who is known for his spontaneity and rejection of traditional campaign tactics, like the use of consultants and pollsters.”

“Beto’s slippin’ in his own grease.”

But alarm bells among progressive organizers immediately went off. “When I saw who was his campaign manager, I thought that isn’t going to go well,” said Salerno. Would O’Malley Dillon embrace a radical new organizing model that took power out of the campaign headquarters? Could movement figures and corporate consultants work together toward a common goal?

The answer became clear less than a month after the campaign launch. The campaign offered an explanation that didn’t even attempt to make sense. “Becky and Zack remain volunteers with our campaign but their temporary one-month launch positions have ended after successfully getting the organizing program off the ground across the country,” the campaign’s statement reads. Donald Trump tells lies better than that. It’s absurd to suggest that Bond and Malitz stayed in El Paso through the winter simply for a temporary, monthlong gig to help set up a campaign. Bond and Malitz are widely respected organizers and were in high demand after the Senate campaign. The entire point of their commitment to O’Rourke was that he was open to a new model. Bond had talked frequently with friends about the potential of the O’Rourke campaign, and the importance of his campaign and administration being staffed by progressives. It was not a one-month project.

The volunteers being empowered, according to the campaign, are Bond and Malitz: “As innovators in the field of organizing, they spent the last month working hard to ensure that our campaign was one in which anyone, anywhere could make a real difference from the very beginning. Becky and Zack remain close friends of the campaign, and true to form, they have already joined our army of grassroots volunteers who are signing up for shifts and committing to electing Beto president.”

Bond, beyond issuing her own statement, declined to comment or answer questions about the parting of ways, as did Malitz. “Launching a presidential campaign without a big staff or even a campaign manager was no easy feat and it took everyone pitching in,” Bond’s statement read. “It’s time for us to move on to other challenges where we will use what we learned during Beto’s Senate race to continue our work to build a better society.”

Ryan Grim is the author of the forthcoming book We’ve Got People: From Jesse Jackson to Alexandria Ocasio-Cortez, the End of Big Money and the Rise of a Movement.

I’m a Journalist but I Didn’t Fully Realize the Terrible Power of U.S. Border Officials Until They Violated My Rights and Privacy

Killing Tariq: Why We Must Rethink the Roots of Jewish Settlers Violence