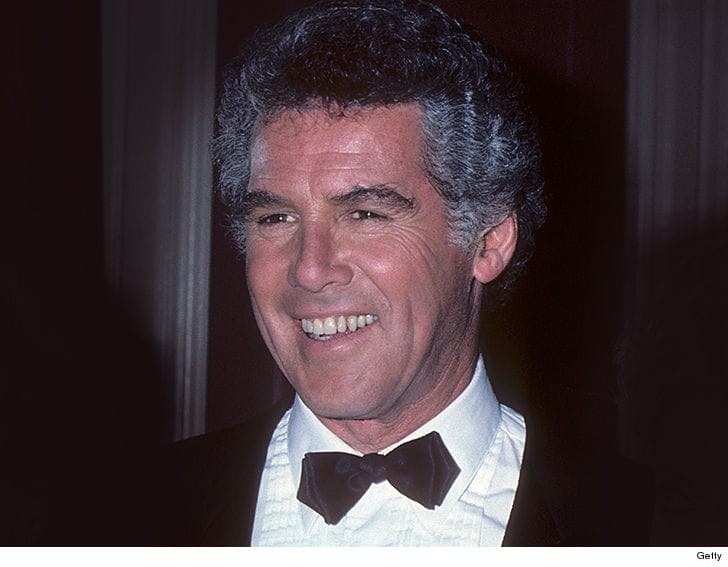 Jed Allan — another member of the “Beverly Hills, 90210” family and a soap opera legend — has died, according to his son.

Rick Brown posted the sad news on Jed Allan’s official Facebook fan page Saturday, saying Jed passed away peacefully while surrounded by family. He added, “Thank you for all who are part of this wonderful tribute to my dad on Facebook.”

Jed played Rush Sanders on ‘90210’ — the father of Ian Ziering’s Steve Sanders. Ian posted a tribute to Jed Sunday, saying, “So sad to hear we’ve lost another 90210 castmate. I had the pleasure of working with Jed Allan from 94 to 99. He played Rush Sanders, Steve’s father. Such a great guy to work with, he will be missed.”

Jed was perhaps more known for his roles on soaps like “Days of Our Lives,” in which he played Don Craig, as well as the TV series “Santa Barbara,” where he played C.C. Capwell. He had a very prolific career spanning 6 decades, having appeared on shows like “Lassie,” “Columbo,” “Adam-12,” “Love, American Style,” “CHiPs” and many, many others.

Jed had 64 acting credits to his name.

Of course, his death comes less than a week after Luke Perry‘s tragic passing. TMZ broke the story … Perry died Monday after suffering a massive stroke the week prior. Doctors sedated him hoping he’d recover, but he never did.

Jed is survived by his three sons from his marriage to Toby Brown, who died in 2001. No doubt, a very tough week in TV.