In the never-ending pursuit to drum up alarm over ‘Russian’ threats, the British press has turned to reporting on an… 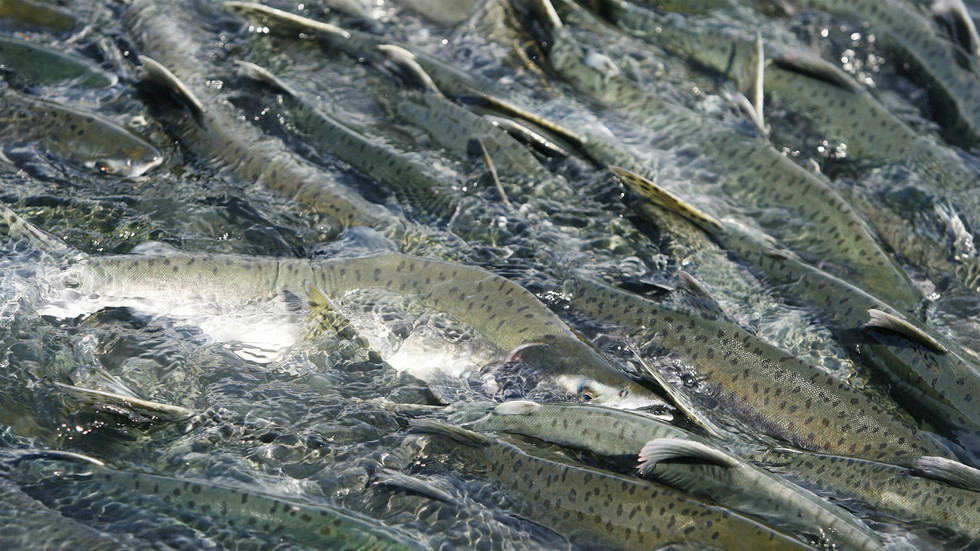 In the never-ending pursuit to drum up alarm over ‘Russian’ threats, the British press has turned to reporting on an ‘invasion’ of pink salmon, after about 10 or so of the fish were spotted in UK waters this year.

“An invasive breed of salmon, from Russia, is colonising Britain’s rivers and lakes,” the Daily Mail declared on Friday, earning a raised eyebrow from the Russian Embassy in London.

“That awkward moment when all other Russian threat theories have failed miserably,” the embassy tweeted, with a photo of the Mail’s headline.

The Mail did note that the salmon are actually native to Alaska and Canada – wouldn’t that make them “American” invaders? – but ended up in Russian rivers in the 1960s, and eventually reached the British isles via Norway.

Seven salmon were recorded in 2017 in the waters of the Coquet, Frome, Hampshire Avon, Humber, Solway, Tyne and Wear, according to the paper. As the Pacific pink salmon has a two-year life cycle, the UK authorities have been on the lookout for them this year, spotting ten so far – including one in Wales and three in Scotland.

British media and government have been increasingly obsessed with Russia, dispatching Royal Navy vessels to shadow Russian ships peacefully transiting the Channel and RAF fighters to “escort” Russian aircraft over the Baltic and the Black Sea.

London has also blamed Moscow for the alleged chemical attack in March 2018 on former double agent Sergey Skripal and his daughter Yulia in Salisbury, though the UK authorities have to date provided no evidence to substantiate the accusations.